Ahmed Dulla: From constant struggle to a lifetime of prosperity 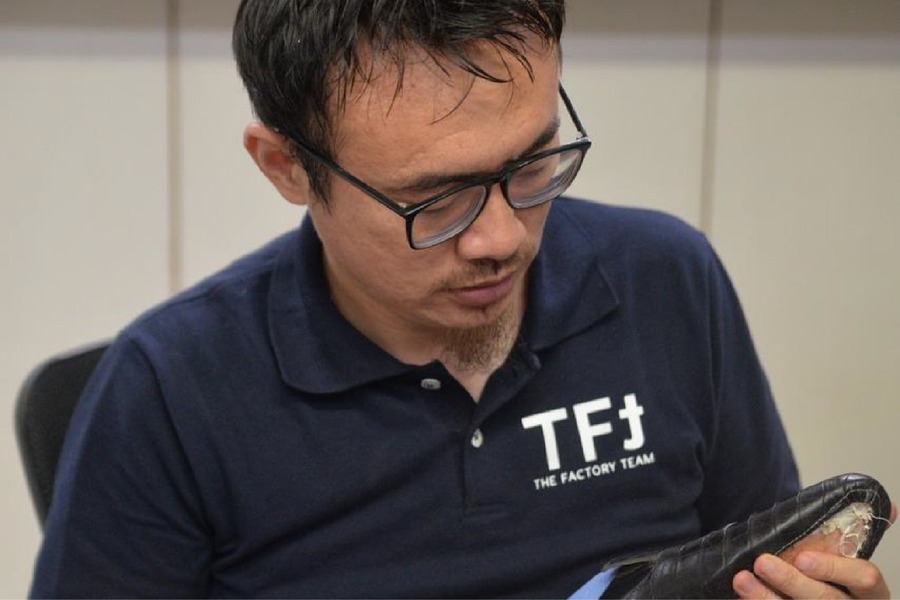 From an early age, it was very obvious to his parents and teachers that Ahmed Dulla was not academically bright. He never showed any keen interest in books and perhaps he knew it in him those academics were something he will never excel in. In fact, he was deemed so weak academically that he had to repeat grades four and seven.

“To this day I find it difficult to do simple mathematics like subtraction and division,” says Dulla.

He labored through high school and by all means he even graduated it. But, what was he to do after that?

The best he could hope for was to become a cab driver. Something he describes as being “easy and cool”. He really fancied the prospect of driving people to and fro from place to place.

Most kids of his age struggle to find their ambition in life and often turn to Google to search their potential career paths. Having taken up humanities as his core subject in high school, he decided to turn to Google.

“What can a humanities student do in life,” he typed.

After a thorough search, he stumbled upon shoe-making.

Ahmed was really into basketball from an early age. Though not much of a player himself, he had an admiration for the athletes; but more importantly the flashy shoes they wore are what intrigued about the sport. He always asked his parents for a pair of those flashy shoes but his parents wouldn’t budge.

With that search result, he had decided what he wanted to do in life. Be a shoe-maker.

When he told his parents about his future plans, he was mocked and ridiculed for wanting to be a shoe-maker. They nicknamed him “mochi”, which in his local language means someone who repairs shoes. A close relative of his even went as far as saying, “It is a stupid career meant only for the lower class people”. However, he never let those words get to him because for once in his life he knew exactly what he wanted to do.

The once academically dull boy was now thinking about going to college to pursue his dreams. He decided to enroll in Footwear Design and Development Institute in India. He was one of the 60 accepted candidates for the course.

After three grueling years, he now had a diploma in footwear technology but without a job to show for it. He couldn’t find a job in India and returned to Nepal hoping his fortunes would turn around.

The biggest roadblock he faced upon returning home was his diploma. Every interview he went, he was told he is overly qualified for the position. But those rejections would later drive him to starting his own business.

With a generous investment of around 2500 dollars from his father; he began making his own shoes.

Ahmed initially started making and selling shoes through Facebook. He would post his designs and orders would ring in. For three years, this was his means of establishing himself.

“I used to make the shoes, market it and deliver them myself only to save the costs. I had to save money to keep the business running.”

So much was the struggle that he used to carry boxes of shoes on his back to deliver it to customers rather than hiring paid help to save costs.

Before Dulla and his shoes hit the market, locally made leather shoes of good quality were rare. Convincing people and helping them understand the value of quality leather were very difficult he says. Now that people are aware of what good quality of leather provides, his products leave their shelves much faster.

Things were looking up for Ahmed and his shoes. People were raving about his designs and everyone wanted to their hands on a pair of ‘Dulla Shoes’, the name of his brand then.

Seven years after he had established his company brought his designs to where they are today; his company looked to be in jeopardy.

His family and friends, the same people that mocked him for choosing a lifeless career, stripped him of his brand name and left him out to dry. Having your company you build from the ground up to be stripped by the very people you call family is a hardship unlike any other.

“That night I told myself to cry as much as you want but tomorrow morning you have to start fresh.”

After all, Ahmed Dulla was not going to let years of hard-work, experience and the connections he’d made go to waste.

Within two years of having to start over and rebrand himself, he found his business booming more than ever. In addition to the online presence his brand had, he now boasted 5 physical stores in every prime location in the country and is even delivering his shoes all around the world.

“During the first year of our rebranding, we sold over 450,000 dollars’ worth of shoes. After the hardships and constant struggle I faced, this was a satisfactory reward for me and my team.”

From having worked alone for years, he now has a team of 35 people in his administration alone to handle the daily sales.

Today his brand ‘The Factory Team’ is one of the biggest fashion houses in Nepal. From the young to the old, everyone can be seen flaunting his designs. The Factory Team has sold over 30,000 pairs of shoes which speak volumes about his company’s success.

“His Holiness, The Dalai Lama once said, ‘Sometimes not getting what you want is a wonderful stroke of luck.’ These are words I live by every day”. Disclaimer: The views, suggestions and opinions expressed here are the sole responsibility of the experts. No Forbes India journalist was involved in the writing and production of this article.