Jackson is currently a US-based Journalist for TickerTV and gives weekly news updates. 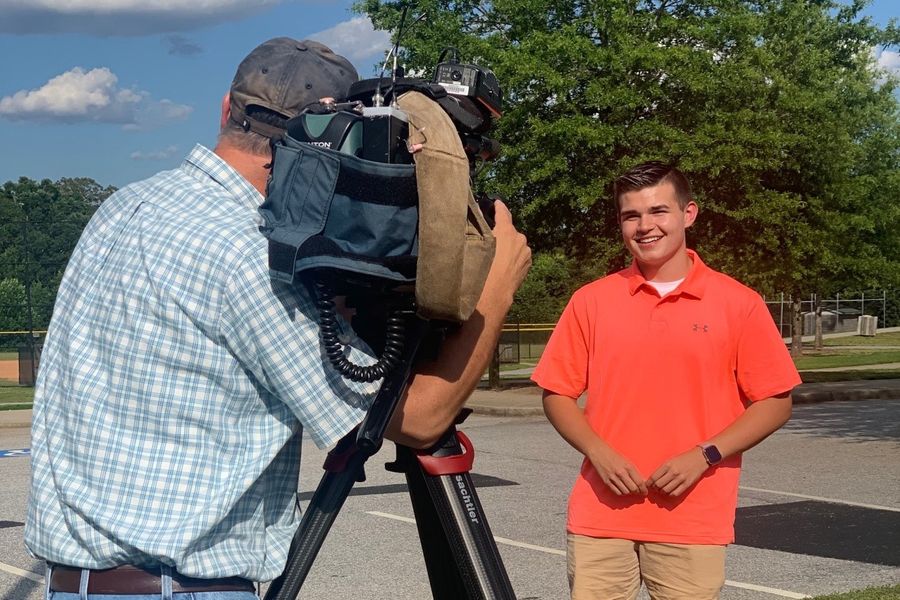 Since he started taking social media seriously, Jackson Gosnell has amassed a pretty good following. He currently has thousands of followers on his Instagram, Facebook, TikTok and Twitter accounts jgosnellnews. Starting as a young storyteller, he’s now focused on using social media to show off his life and skills. The original goal was simple, he wanted to be a different kinds of journalists. “People underestimate the work ethic of young people and it is such a shame,” says Jackson. He says he has learned that you have to “make people take you seriously” or else they won’t. Jackson continues to achieve his goals everyday by staying positive and motivated regardless of the circumstance. He says his school is pretty good and fun and those around him pushed him to make his dreams happen. “I realized other people I thought I was good at talking in front of people, that feeling was so empowering,” said Jackson.

He continues practicing because as he puts it “practice makes perfect”. One of his other goals in addition to promoting journalism is to promote a good environment. He said, “The people that you surround yourself with are vital, if you hang out with a not so good crowd, you’ll probably do not so good things.” The TV business is very competitive and you have to keep a good head on your shoulders. “There will always be a better, more intelligent person out there but if you have personality, and something to offer the viewer, you can have a long-lasting and meaningful career,” he said. Jackson is well on his way and says he loves being on camera.

He gained popularity when featured in interviews with high profile people such as White House press secretary, Kayleigh McEnany. Jackson attends various Press Conferences with Public Officials, Senators, and Governors. Jackson believes that only determination towards the work can make you successful, he says “If you don't ask you may never know.” After gaining popularity for his work in his own country, an Australian streaming network TickerTV noticed him and asked him to join them.

Jackson is currently a US-based Journalist for TickerTV and gives weekly news updates. One of his recent stories in the pandemic was regarding the situation of schools and how the situation will turn out to be when schools will be reopened. For this story, he interviewed the students, parents, school officials, and other community members. And his coverage proved to be a hit.

His fellow Journalists are proud of him and appreciate the efforts he put in his work.

Tweets by @forbesindia
Age is just a number: How Ashok Soota struck gold with Happiest Minds
Red Data Blockchain, on a mission to eradicate forged drugs in India