Krishna C. Mukherjee – A visionary and pioneer of artificial intelligence

Mukherjee developed a vision for the future of technology. He specialized in AI and Robotics 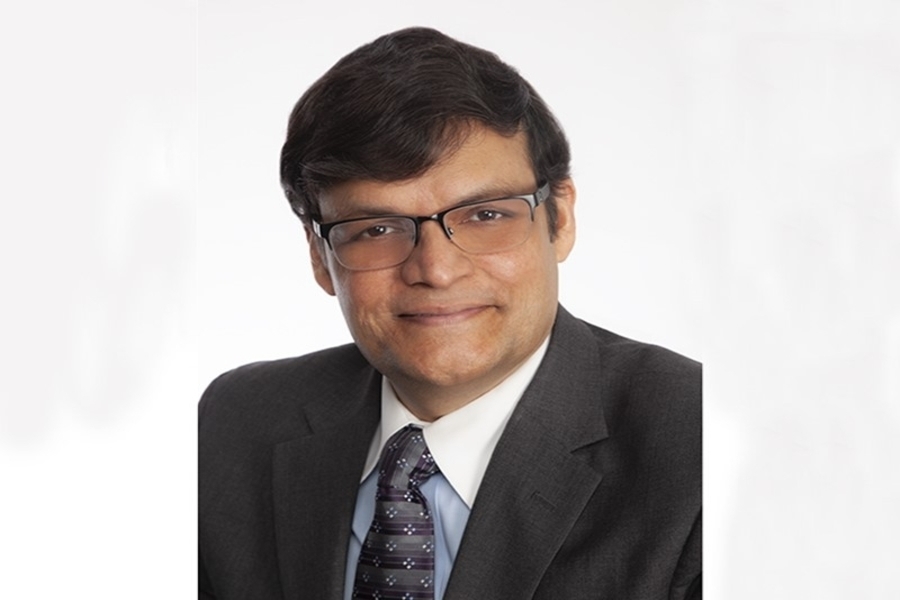 In present times, when we appreciate and embrace new technologies that impact our daily lives, it behooves us to recognize the contributions of Krishna C. Mukherjee in the field of Artificial Intelligence (AI). AI has gained rapid identification due to its characterization in the modern era. Mukherjee is the master of AI integration at Microsoft where he utilized his impeccable intellectual qualities to architect, design, and develop heavily-used products such as Microsoft Office, Microsoft Windows, and Visual Studio. His achievements in the spheres of business and technology have been outstanding. Even after many years of dedication and noteworthy contributions, Mukherjee continues to deliver exemplary ideas and innovations.

Initial days as a student

Reflecting upon Krishna C. Mukherjee’s life, we realize that he has always been a technology enthusiast. His scientific interests flourished when he was able to get exposure to educational opportunities in his early life. Mukherjee was a great student and a mentor to his peers. He studied engineering at the elite Indian Institutes of Technology (IITs). He earned his Bachelor of Technology degree in Electronics and Electrical Communication Engineering from IIT Kharagpur and his Master of Technology degree in Computer Science and Engineering from IIT Kanpur.

As a student at the IITs, Mukherjee developed a vision for the future of technology. He specialized in AI and Robotics. He wrote his master’s thesis in AI. His stellar work as a student opened up many opportunities for him. In 1988, Microsoft recruited Mukherjee from IIT Kanpur while he was completing his master’s degree. Mukherjee earned his master’s degree with the highest distinction. Soon afterward, in the same year, he relocated to the USA to work at Microsoft’s headquarters in Redmond, Washington.

Microsoft has been the primary driver for Krishna C. Mukherjee as he has solved real-world problems in various AI domains. He functioned as Chief Software Architect and Engineer for Microsoft. In this capacity, he created the architectures for famous Microsoft products. He led the research and development of Microsoft Office on both Microsoft’s Windows and Apple’s operating systems.

With his strong educational background, Mukherjee realized that large-scale improvements in productivity would be possible by embedding AI in Microsoft’s products. As a first step in this direction, he designed and developed the proofing tools for Microsoft Office. The spelling and grammar checker located misspelled words and grammatical errors in documents and helped the users to correct those errors. The proofing features, which were released in the early 1990s, proved to be popular with the users worldwide. This motivated Mukherjee to design and develop even more intelligent features. He oversaw the creation of AutoCorrect, AutoFormat, Office Assistant, and IntelliSense. These features were released with Microsoft Office and Visual Studio in the early and mid-1990s.

Subsequently, Mukherjee created software architectures for generating intelligent user interfaces dynamically based on high-level, a natural language like descriptions which are specified by non-technical domain experts. Through his innovations, Mukherjee built the framework for the Window Presentation Foundation (WPF), Extensible Application Markup Language (XAML), and Blend technologies for Microsoft. These advanced technologies enable collaboration between user experience designers and software developers. The WPF applications have rich user interfaces. They are highly customizable and easily maintainable. After years of research and development, Microsoft released WPF and XAML in 2006. In the following year, Microsoft released Blend for Visual Studio. In 2018, Microsoft announced the release of WPF as an open-source project on GitHub.

Mukherjee has been actively working on establishing collaborative software development and project management practices with premier enterprises. He directs cross-functional teams to design and develop software products in a collaborative manner similar to how WPF, XAML, and Blend work together.

Krishna C. Mukherjee wanted to explore the crucial applications of AI. Hence, he decided to work with Wolters Kluwer - a global information services company. Here, he invented the ground-breaking AI system popularly known as the Intelligent Filing Manager to automate enterprise workflows. Mukherjee’s AI algorithms perform complex business transactions on the Internet, or the cloud, in record time (within seconds). His AI software architectures transform paper-based workflows into user-friendly electronic systems, which drastically increase revenues and reduce costs for enterprises. With the invention of the Intelligent Filing Manager, Mukherjee greatly enhanced the efficiency of business processes.

During the late 1990s and 2000s, Mukherjee established the Software as a Service (SaaS) model. He directed the development of mission-critical SaaS applications such as CTAdvantage.com, hCue.com, MediRegs.com, and LienSolutions.com for Wolters Kluwer. Mukherjee used AI and Microsoft server-side technologies to build these cloud-based applications. Corporations, small businesses, and law firms, which consist of professionals from the finance, accounting, health, legal, and compliance sectors, use these award-winning applications to simplify and automate their workflows.

In the past two decades, the demand for cloud computing and SaaS has spread like wildfire. Businesses have leveraged AI to personalize solutions for their customers without much human intervention. Gartner predicts the worldwide public cloud service market will grow from $182.4 billion in 2018 to $331.2 billion in 2022 with a compound annual growth rate (CAGR) of 12.6 percent.

Mukherjee has accomplished many successful ventures for Microsoft. Through his contributions over the years, Mukherjee has helped Microsoft to emerge as a leader in the technology industry. He and his teams have received industry awards and international recognition.

A talent which knows no boundaries

In 2012, Mukherjee independently developed AutoPay - a payment platform that saves time and effort and provides superior information security. AutoPay allows customers to set up periodic payments with a simple command. As a result, customers pay their bills on time and do not have to pay late fees. AutoPay also increases on-time payments for businesses. Mukherjee’s innovation was adopted widely and quickly. Today, AutoPay is used in various industries across the world.

Mukherjee has been building Interactive Voice Response (IVR) and chatbot systems, which utilize natural language processing and machine learning. His objective is to enable enterprises to provide enriched experiences to customers, achieve a high degree of automation, and reduce operational costs.

Krishna C. Mukherjee is exceptionally versatile and talented. He believes in innovations and the exploration of new strategies. During his illustrious career, the technology genius has moved from one technological breakthrough to another. He has been recognized with multiple academic and professional awards, which include prestigious corporate awards from Microsoft and Wolters Kluwer. Through his pioneering work, Mukherjee has transformed businesses and the lives of people around the globe. Disclaimer: The views, suggestions and opinions expressed here are the sole responsibility of the experts. No Forbes India journalist was involved in the writing and production of this article.

Tweets by @forbes_india
Photo of the Day: Gyms reopen as some restrictions lift in Delhi
EXPLAINED: China's snooping and hybrid warfare against India