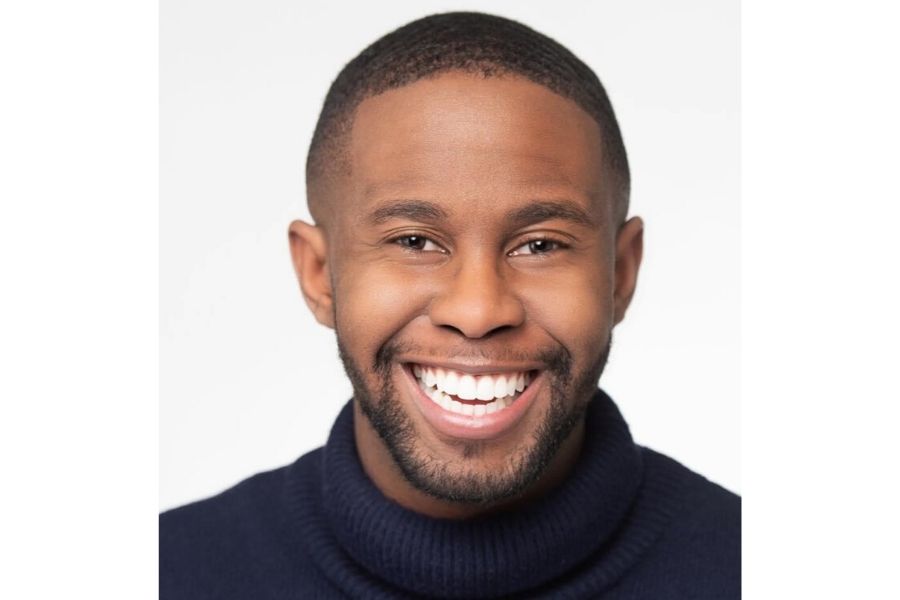 Michael H. Forde serves as a leader in health communications and health disparities. Born in Brooklyn, New York, Forde is devoted to increasing health awareness in his community, while offering encouragement to individuals on taking the steps that are necessary to change their lives for the better.  Forde is living proof that, as his book title proclaims, success truly begins from where you are. His brilliant career and outstanding achievements at a young age are a testament to the fact that everyone is capable of succeeding. Graduating from high school at the age of 16, earning his bachelor's degree at the age of 19, obtaining a master's degree at the age of 22, and becoming a doctoral student at the age of 25 has been the ultimate ammunition to his personal mission to spread the message, through themes of health and wellbeing, that one's potential is absolutely limitless.

As a public health servant, Michael has served both local and national communities as a health communications specialist at the National Institute of Allergy & Infectious Diseases (NIAID), National Institutes of Health, under the Institute’s leadership of Dr. Anthony Fauci, responding to the COVID-19 outbreak as a member of the NIAID Inquiry Response Team.  Michael H. Forde is a recipient of the Gates Millennium Scholarship and an ambassador for the National College Resources Foundation, a nonprofit organization that has helped minority students secure over one billion dollars in scholarships and grants. He is also the author of the book, “Success Begins From Where You Are!”. Using social media, Forde spreads motivation and positivity, having become one of the fastest growing positivity influencers.  Word about his work has been spread and featured in numerous publications including those of ABC, NBC, CBS, and FOX affiliates. How could it be? The truth is that anyone who comes across Michael H. Forde feels immediately reinvigorated. His book has helped people from all around the globe make the necessary changes in their lives to live for the greatness they already own. During an interview about his book, “Success Begins From Where You Are!”, Forde declared that the book is a manifesto of what positivity means to him and his journey. Motivated by his desire to share the steps that led him to greatness and crush the myth that success is a privilege reserved to some, Michael H. Forde aims to assist the public in breaking the barrier that is preventing them from thriving, reminding them that they are not alone on their road to success.  How was your work as an author and how it has impacted your life. “I've always wanted to write a book. It's been one of my goals for a very long time. But I've also always wanted to do my part and leave a positive impact on society - this is where my book comes in. What I've learned on my journey is that not everyone has the same story. Some people feel lost because no one has ever poured hope into them. Some feel trapped because what they once started seems like it cannot be finished. Others may feel defeated because they've tried so many different paths, but for some reason, they all led to dead ends. Well, I don't want their success stories to end before they’ve even started.

In this book, I talk about the things that helped me along my journey that got me to where I am today. Understanding what success means, how to distance yourself from toxic relationships, mentorship, time management, and mindset are just a few of the themes I dive into in my book.”

Was there a moment when you made a conscious decision to strive for greatness? How did it come to you?

“I think that, in some form, I have always been striving for greatness. But I believe that the moment where my pursuit for greatness reached its highest gear was after my enrollment into a public health master’s program at the age of 20. You see, I had already been somewhat of a go-getter up to this point, but there was just something about working a full-time job while being a successful full-time graduate school student - I realized that I could do whatever I set my mind to.”

What do you consider to be your greatest accomplishment?

“I consider my greatest accomplishment to be the publication of my first book. The book, "Success Begins From Where You Are!" was written to inspire and motivate individuals to begin and accelerate their journey to success. The reason why this book is so special to me is because it has the ability to leave a positive impact on the lives of those who are searching for an answer to their purpose. The accomplishment is not about me, it's about the message. The message to encourage individuals, especially our youth, about the importance of choices, mentorship, and mindset on their journey to success.”

Is there hope for those who feel like nothing goes their way? What piece of advice would you tell them?

“There is hope that exists for individuals who feel hopeless. There is a path for those who feel as if there is no way out. There is a light for those who feel as if they are trapped in a dark tunnel. My advice for the hopeless, for the trapped, for those who feel as if there is nothing that goes their way, is this - keep going. Don't stop. Don't let a bad storm prevent you from seeing the rainbow. Don't let obstacles and barriers prevent you from winning the race. In life, we may go through situations that can leave us feeling not only hopeless, but helpless as well. But the beauty in all of this is that through belief, perseverance, and the relentless nature of self, we can prevail. It's not easy - the journey never is. However, remember that the journey of a thousand miles begins with a single step.”

Your work is oriented towards success, but what have you learned about failure?

“I have failed more times than I can count. Failure is such a prominent aspect of my life, almost to the point where it's ironic that people see success in me and I see success in myself. But I've learned a lot of things about failure. I've learned that in order to succeed, one must fail. Through failure, I've learned what works and what does not work. Failure is a key ingredient to success and is part of what makes success taste so sweet. The journey to success means you are journeying towards failing forward.” “Success Begins From Where You Are!” is the type of book that provokes a change. It’s a simple read perfect for one sitting, and you can be sure that the person who sat down and opened the book will not be the same person that got up and closed it. Michael H. Forde’s book is on Amazon.com and available for free download through his website www.michaelhforde.com, where you can learn more about the author, his journey, and follow his trail of positivity, encouragement, and wisdom through social media. Disclaimer: The views, suggestions and opinions expressed here are the sole responsibility of the experts. No Forbes India journalist was involved in the writing and production of this article.