Virus at the gates

Households which earn income through wages, remittance, business profit and agricultural income are relatively more exposed to macroeconomic shocks than households which get income from relatively stable sources such as pension 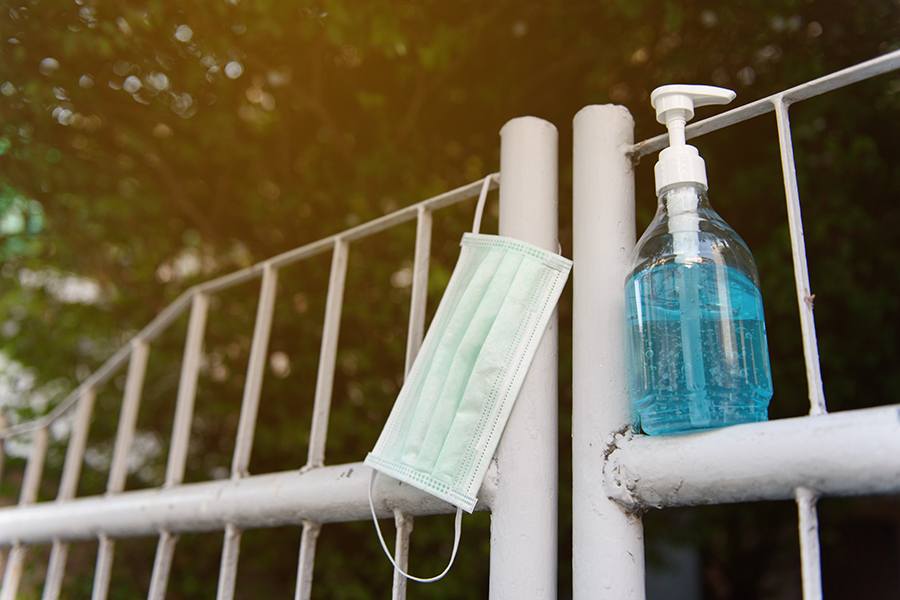 Image: Shutterstock
Tighten the seatbelts
The year 2001 saw the release of a gripping war movie, Enemy at the Gates. Inspired by true events and set against the backdrop of the Battle of Stalingrad during the second World War, it is a story of two skilful snipers who are grittily engaged in a personal battle to hunt each other down. The rules of this battle are simple: one sloppy moment by any of the two and a bullet gets pierced through the head. Eventually, the sniper who comes out alive from the contest is the one who makes one mistake less than the other. The movie is a riveting story of unfaltering human survival spirit labouring against the unknown enemy and deftly navigating through the precarious territory while biding time through drawing upon the apparently limitless stacks of human patience.

The movie may be two decades old, but the message is still fresh and sharp: in the battle of unknowns, resilience will ultimately triumph over vulnerability. Now, there is a similar war we are engaged in at this moment and this time around, the enemy is an invisible virus, hideous and lethal. Be that as it may, we do know, that like any other battle, the winning mantra is simple: minimize vulnerability, maximize resilience. But what exactly is vulnerability and resilience in this war with the virus?

Now, what originated as a health crisis, is soon beginning to metamorphose into an economic crisis. While the lockdown policy is a potent strategy to contain the spread of the virus, every additional week of lockdown means lost output and income, which is not going to come back. Besides, even when the lockdown is entirely lifted, the economy after the pandemic is likely to be very different. Economic activities are likely to get restructured and redesigned to observe norms such as social distancing. And when all this chaos plays out, some jobs will be lost, income and sales will dip and prices will soar. All in all, we are looking at an economic shock of the magnitude we have never witnessed before, and this brings us back to the question of our weakness and strengths – our financial vulnerability and resilience - in the face of such an adverse economic shock.

Vulnerability and Resilience
Vulnerability can be interpreted as the extent of (financial) exposure to an adverse economic shock and resilience is the capacity to weather such a shock. Indian economy is ultimately an aggregation of the miniature economies of the families. Tolstoy once famously quipped “all happy families are alike; every unhappy family is unhappy in its own way.” A paraphrased version in accounting terms would mean that the balance sheet and income-expenditure statement of every household is different.

Faced with a shock to income, the natural response of any household would be to lean on savings, especially the raw cash. But households also differ in their saving behaviour and borrowing needs. Households which save in liquid assets like gold can convert their gold assets to cash more swiftly than households which hold an asset with a significant lock-in period such as the provident fund. Similarly, a household which has to borrow for food and medical expenditure signals a relatively more precarious financial position than a household which borrows for a standard reason like education or home.

Given all these varied characteristics of the millions of the Indian households, how can we arrive at a quantified summary of these differences? Using CMIE Consumer Pyramids survey data, I create a metric of vulnerability and resilience of households, by analysing the (wage) income, (consumption) expenditure, (liquid) assets and (short-term) liabilities of the households. (Details in the research paper here). 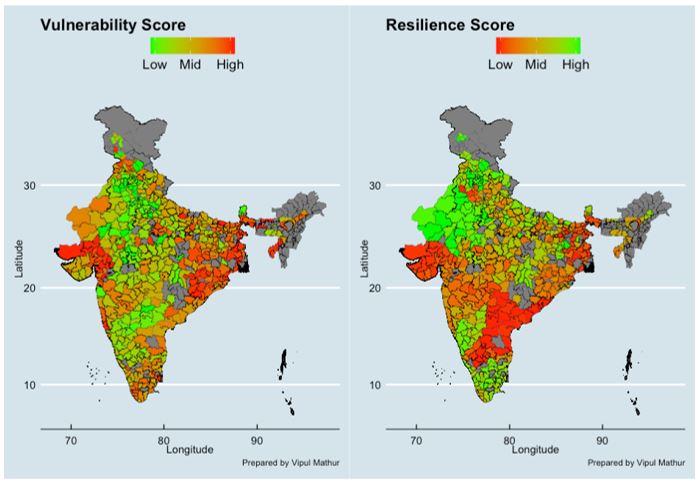 Notes: Both Panels are at the district level and the color coding emphasizes the degree of vulnerability and resilience. Panel A plots the raw vulnerability score for the districts where the district colors which lean towards an increasing red, carry a higher vulnerability. Panel B plots the resilience score across districts. A greener district is an indication of higher resilience. Ceteris paribus, the green areas across both the Panels, are most robust to withstand the economic shock and also most resilient to recover from the economic costs of lockdown in the short-run. Also, ceteris paribus, the red areas would need greater fiscal attention and should be relatively prioritized in the sequence of fiscal transfers. 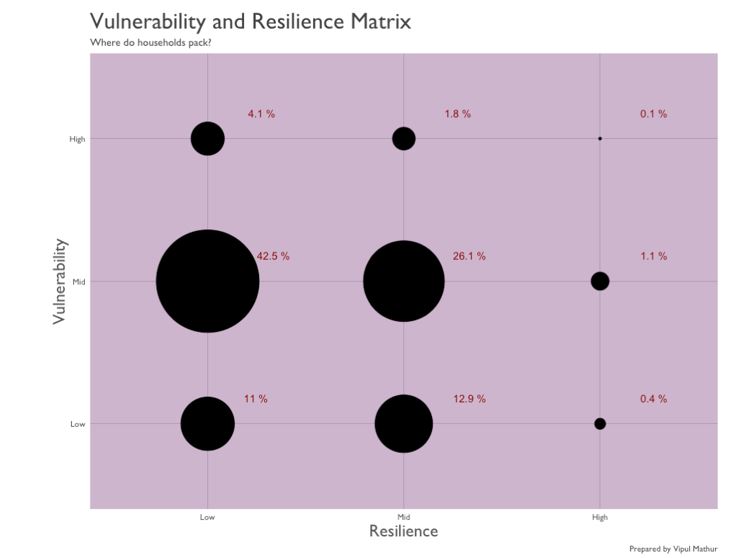 
Fiscal Bullet in a Pandemic
Where does this analysis take us? It takes us right to the centre of the burning question of the day: how to conduct fiscal policy in a pandemic? Now, fiscal budget is a limited resource and it doesn’t come cheap. The question to ask is: if the government has a budget of thousand rupees, how does it optimally distribute it in the economy? Specifically, who gets how much and when? For a heterogeneous economy like India, the question of distribution is particularly a question of both the sequence and the quantum. And this is where a snapshot identification of vulnerability and resilience can guide the policy by chartering out the sequencing path and the magnitude of such fiscal transfers.

For instance, in the order of sequence, the fiscal support will be most productive for households/districts which rank the highest on vulnerability and lowest on resilience. These are pockets which would need immediate attention. Pockets which are more robust, such as those with high resilience and low vulnerability, can perhaps be sequenced a little lower in the order. Second, depending upon the vulnerability and resilience of a household/district, the optimal quantum of fiscal support can potentially be fine-tuned across the households. To be most effective, the amount of household/district level fiscal transfers could be made conditional on the extent of exposure and capacity of a household/district to wear the economic shock. Pockets with high vulnerability and low resilience could receive a relatively larger share than pockets with low vulnerability and high resilience. Third, households/districts which have higher contact intensity (refer to the work “Economic Contact Intensity Index for India”) will be hit hardest and therefore, may need more immediate fiscal attention.

Unlike in the movie, the bullets in the fiscal rifle are finite and in short-supply. The telescope of vulnerability and resilience can be mounted on the rifle for the judicious use of the fiscal bullet and neutralize the enemy, only this time the deadly virus.   - By Vipul Mathur, Faculty, Economics, IIM Calcutta This is an abridged take on the research paper which is available here: https://papers.ssrn.com/sol3/papers.cfm?abstract_id=3590135