These reforms will give impetus to the 'vocal about local' strategy that PM Modi announced, say experts 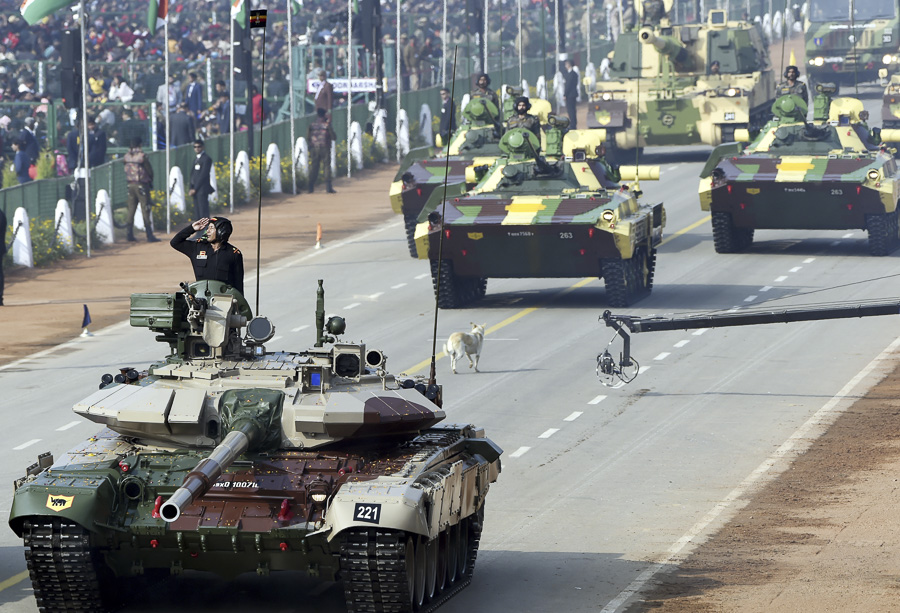 FDI for defence manufacturing under the automatic route has been raised to 74 percent. Image: Arvind Yadav/Hindustan Times via Getty Images Finance Minister Nirmala Sitharaman on Saturday announced a series of measures across the sectors of defence, coal mining, aerospace and airport infrastructure. This was the fourth tranche of measures announced by her in as many days, with a particular emphasis on galvanising business for micro- small, medium enterprises (MSMEs), agricultural sector reforms and steps to improve the livelihood of migrant workers and street vendors. In the Saturday announcement, Sitharaman said the foreign direct investment (FDI) for defence manufacturing under the automatic route has been raised to 74 percent from an earlier 49 percent, which would mean that companies abroad will be able to invest up to this maximum percent. Sitharaman also commercialised the mining of coal in India, which will end the long-standing monopoly of state-run Coal India. This would help push for competition, transparency and private sector participation in this sector. This would be done through revenue sharing mechanism instead of the regime of fixed rupee/tonne. “Fifty new coal blocks for commercial mining will be offered immediately," Sitharaman added. "Many sectors need policy simplification, to make it simpler for people to understand what sector can give, participate in activities and bring transparency. Once we decongest sectors, we can boost the sector, for growth and jobs," Sitharaman said. The Finance Minister also announced measures for India’s aviation sector—which included placing six more airports up for auction, rationalising air space to reduce flying time, air space curbs to be removed. Sitharaman also said the additional investment by private players in the 12 airports in the first and the second rounds is expected to be around Rs 13,000 crore. Investors and corporate heads are, however, still awaiting announcements on the re-opening of flights for airlines and activity for the tourism and hospitality industry, which have been hurt the most by travel bans and the lockdowns across several of India’s largest metros. Local airlines have not yet got a go-ahead from the government to resume flights. “I would have liked to hear of more relief measures for the civil aviation sector post Covid-19,” says Vishesh Chandiok, CEO at Grant Thorton India. Chandiok, however said that the increase in defence FDI and privatisation in coal mining in India were “path-breaking” and will have the potential to act as a multiplier for several sectors. The structural reforms announced today take the policy of going “vocal about local” forward,” says V K Vijaykumar, chief investment strategist with Geojit Financial Services. Raising the FDI limit in defence manufacturing will help in technology transfer and a boost for domestic manufacturing, he added.

Sitharaman on Friday had announced on agricultural activities, a host of allied sectors like animal husbandry, fisheries, herbal cultivation, infrastructure related to marketing agricultural products and disease control in cattle and livestock. All of the measures that Sitharaman has announced this week are part of India’s Rs 20 lakh crore package and would work out to be one of the largest amongst all big economies, amounting to approximately 10 percent of the country's GDP. Investor sentiment to the range of all these announcements has been rather sluggish through most of the week. The benchmark 30-share Sensex has edged up just 0.39 percent in the week since the Prime Minister’s May 12 speech promising an additional infusion of Rs 20 lakh crore. This is because there is no clarity on how much additional money the government plans to allocate and how much pressure an additional supply of money would put on the already pressurised fiscal deficit.