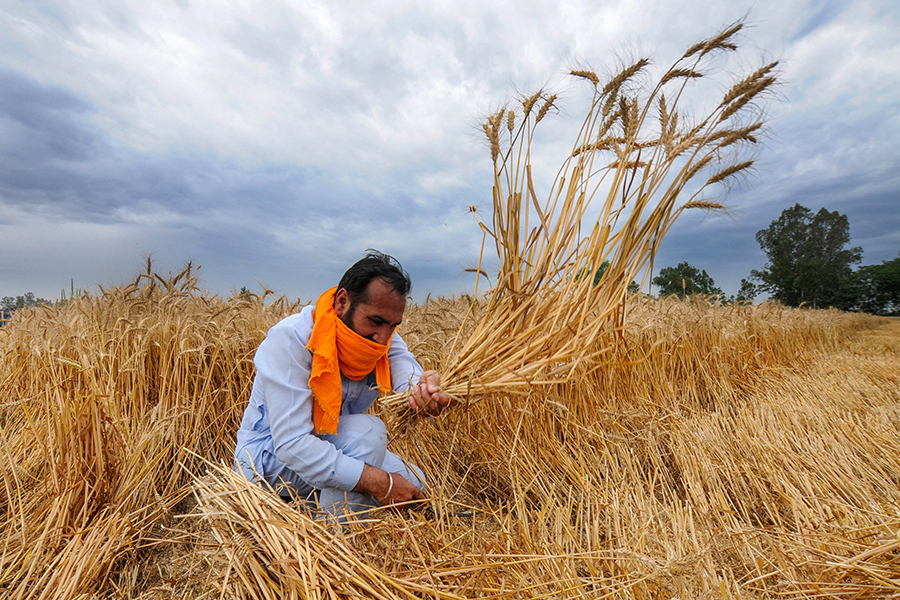 JALANDHAR, INDIA - APRIL 17: A farm worker harvests wheat crop while covering his face in a field during lockdown against coronavirus, on April 17, 2020 on the outskirts of Jalandhar, India.
Photo by Pardeep Pandit/Hindustan Times via Getty Images

A host of measures announced by Finance Minister Nirmala Sitharaman on Friday aimed at providing relief to the agriculture sector. There was also a promise to amend legislation that would make it easier for interstate transport of farm produce as well as enable contract farming.

The announcements followed up on the previous day’s additional emergency working capital of Rs30,000 crore that the government plans to provide to farmers through the National Bank for Agriculture and Rural Development (NABARD) as well as the Rs2 lakh crore it plans to put into Kisan Credit Cards for 25 million farmers​. It was not immediately clear how much of the measures announced would result in fresh allocations.

The third tranche of the government’s Aatma Nirbhar Bharat plan announced on Friday focused on agricultural activities, a host of allied sectors like animal husbandry, fisheries, herbal cultivation, infrastructure related to marketing agricultural products and disease control in cattle and livestock. Separate schemes provided interest subvention and direct grants and incentives for the private sector to get involved.  In addition, Sitharaman also provided some numbers on procurement of agricultural commodities. During the lockdown period, a total of Rs74,300 crore of minimum support price purchases have taken place. The PM KISAN fund transfers amounted to Rs18,700 crore during this period. India’s markets have largely shrugged off the daily announcements on account of the lack of clarity on how much additional money the government plans to allocate. Several schemes contain interest subventions, which make it difficult to estimate the money spent upfront. Instead, they have reacted in line with global markets, which have fallen on account of a fresh surge of Covid-19 cases in Russia and Brazil, linked to the SARS Cov2 virus. The benchmark Sensex has lost 1.2 percent since the Prime Minister’s May 12 speech promising an additional infusion of Rs20 lakh crore. The reaction to Friday’s announcement was no different. “The impact on the equity markets of today’s announcement is likely to be limited as the benefits are back-ended,” said B Gopkumar, managing director of Axis Securities.  Three key benefits that are likely to take time but promise to bring about significant benefits for farmers are on the amendments to the Essential Commodities Act to remove stock limits for cereals, edible oils, oil seeds, pulses, onions and potato. Second, are reforms to allow smooth inter and intra state movement of agricultural produce with the assurance that farmers are free to sell them to whom they want. Lastly, there was a promise to legalise contract farming, allowing farmers to sell produce at rates determined before the sowing season. The legislative framework to allow this will soon be passed.

Tweets by @forbesindia
MD Nasir- The founder and CEO of BaapofChart.com
Can theatre go virtual?