The Prime Minister called upon Indians to 'be vocal for local' brands; fiscal discipline not the need of hour, say economists 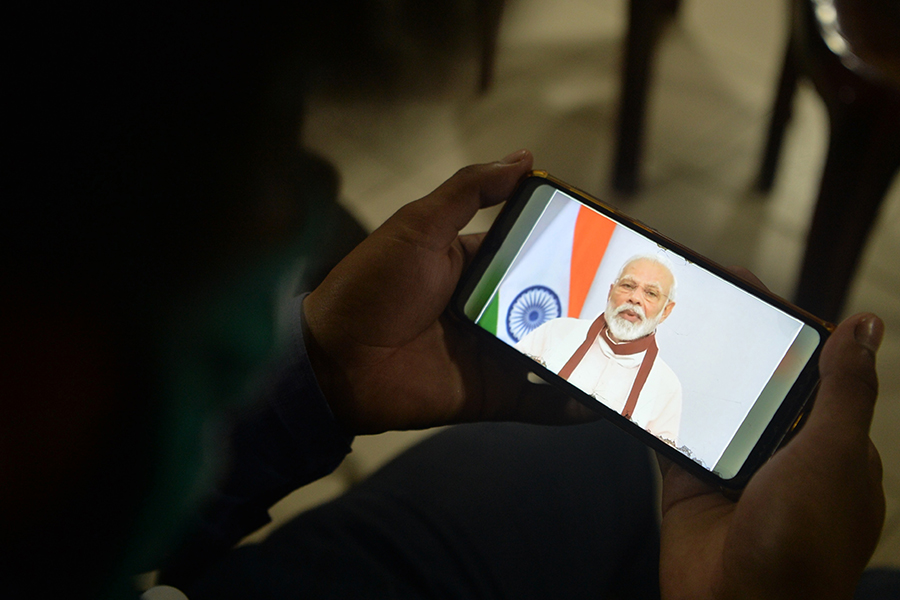 Image: DIPTENDU DUTTA/AFP via Getty Images India’s Prime Minister Narendra Modi on Tuesday night announced a Rs 20 lakh crore package to help revive the economy, while also signalling the need for the nation to move towards ‘Aatma nirbharta’ (self-reliance) in order for it to grow in a world ravaged by the outbreak of coronavirus since the start of the New Year. "The package will focus on land, labour, liquidity and law. It will also seek to help small businesses, labourers and farmers,” Modi said. It is expected that the Rs 20 lakh crore package will include the liquidity relief already announced by the Reserve Bank of India in recent weeks. Investors and funds cheered the move, as the benchmark stock market indices at the BSE and NSE rose by over 3 percent each in early trade on Wednesday. Details of the package will be announced by the finance minister Nirmala Sitharaman in the next few days, Modi said. But no details have been spelt out on how this programme will be funded. This package would work out to be one of the most massive amongst all large economies, of approximately 10 percent of India’s GDP. 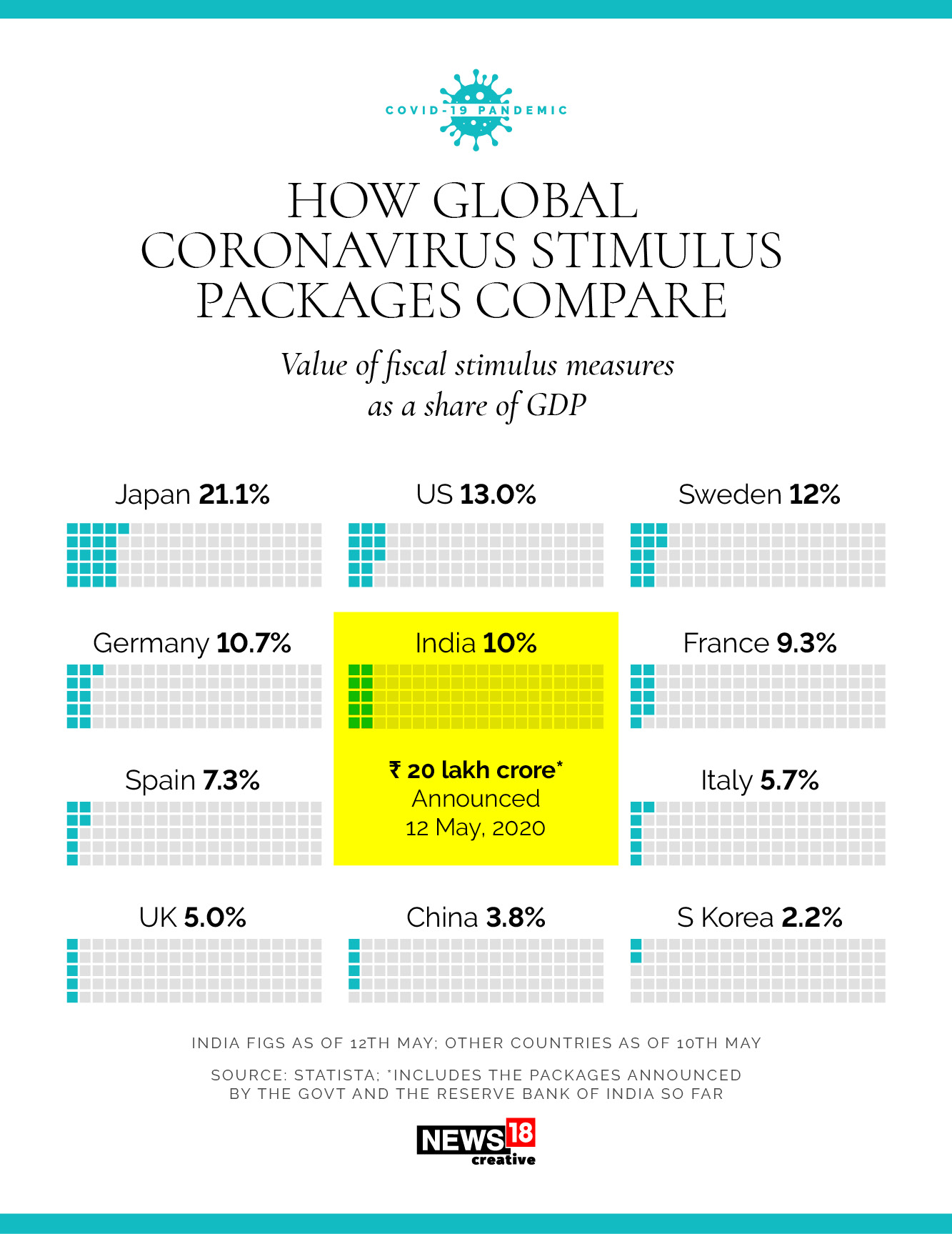 Modi urged businesses and entrepreneurs to focus on producing more in India, referring to the Make in India project. “Be vocal [to support] local brands. That is our responsibility,” Modi said. Modi’s swadeshi (nationalist) call comes at a time when trade barriers across the world are being raised and political leaders have taken steps to protect their own economies and jobs for people, without being too reliant on one or two large economies for their raw materials or technological requirements. “The funding for such large government borrowing will have an impact on the fiscal position and inflation. If it is through an increase in money supply from the RBI, it can lead to higher inflation,” Suman Chowdhury (president-ratings) Acuité Ratings & Research told Forbes India. The ratings firm Acuité added that the announcement goes beyond a particular stimulus amount and reflects the government's intent to alter the economic narrative through substantial reforms that will facilitate large-scale private and public sector investments towards 'Make in India' and infrastructure projects, thereby generating employment opportunities. India’s growth forecasts look equally bleak for 2020 as the nationwide lockdown has been partially lifted. But several regions, including the large metros of New Delhi and Mumbai, remain under a lockdown. India’s industrial production (IP) surprised significantly to the downside, contracting by 16.7 percent in March. Manufacturing and electricity registered sharp contractions, declining by 21 percent and 7 percent respectively. Barclays has revised India’s GDP to 0 percent for calendar year 2020 (from an earlier projected 2.5 percent) and a marginal rise of 0.8 percent for the fiscal ending March 2021. Fitch Ratings in April slashed India’s growth forecast for FY21 to a 30-year-low of 2 percent from 5.1 percent earlier.

"The gravity of the current situation is clearly prompting the government to tone down its emphasis on fiscal discipline. Today, we almost got an official confirmation of the same. When the economy is in turmoil, the government needs to give incentives and spend to support the economy, especially the lower strata, to ensure that factories and jobs stay afloat,” says Siddhartha Sanyal, chief India economist at Bandhan Bank. "The Covid-19 pandemic will likely prompt the government to focus more on finding a domestic economy centric approach rather than trying to get more integrated to the global production chain and international trade. We also foresee steps towards income redistribution from the stable, organised segments towards the lower end of the socio-economic pyramid, and small-scale industries,” Sanyal told Forbes India. Several lobby groups representing large businesses have asked for urgent assistance from the government. The micro- and small business enterprises (MSME) is hopeful of some form of a credit guarantee scheme, which would induce banks to provide additional working capital to MSMEs for payment of wages while there is no income from their clients.

Tweets by @forbesindia
Lockdown: CO2 emissions in India fall for the first time in 40 years
To all the purpose-driven businesses: We will remember you