InVideo even successfully arrested the attention of numerous top-shelf clients like AT&T, P&G, DropBox, and Reuters 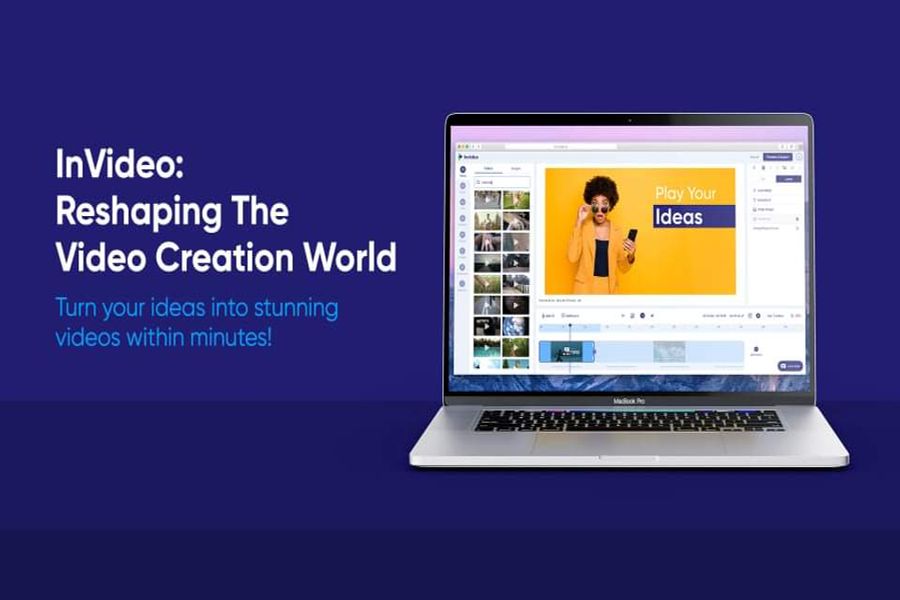 When the Mumbai-based start-up created InVideo - its own video creation and editing platform - never did its creators expect that it would garner over $15 million active users worldwide. While it was true that they had high expectations of their newest ‘brain-child’, their premium web-based editing tool, which allows users to create interactive videos for social media platforms (FB, Twitter, YouTube) incredibly surpassed all their expectations.  Relevant reports state that – Ever since InVideo was launched in 2017, it has managed to attract more than 800,000 users from around 150,000 vivid countries in a very short time. The users who experienced first-hand this video creation platform regarded it as highly innovative and usable.  Those users ended up using this video, creating a platform to create videos in over 75 different languages using its impressive collection of premium templates, images, and music.  The Reports Further Mentioned – InVideo even successfully arrested the attention of numerous top-shelf clients like AT&T, P&G, DropBox, and Reuters!  Its chief executive and co-founder, Sanket Shah, even stated at the TechCrunch interview that; some of its appreciative customers have even considered white-labeling the InVideo platform to their segment of clients.

●     InVideo makes use of around 29 different technology products and services, among which also include HTML5, jQuerry, and Google Analytics as per G2 Stack. ●     Also, it also actively uses 48 active technologies as per BuiltWith, including – Viewport Meta, Mobile compatible tech, and SPF. ●     What’s more, it gets precisely 818, 516 visitors every month, which makes it rank 52,339 among sites worldwide.

Its Video Editing Features Include the Following –

InVideo platform proves to be invaluable in aiding top publishers, media power-houses, and brand-giants who wish to expand their audience engagement via the power of next-generation and interactive video creation. This video creating and editing platform allows all its users to create videos right from scratch, convert those existing bits and pieces of static content into productive videos, and also include automated voice overs in different native languages to serve its respective viewers. Besides these, InVideo also proves effective by cutting the overall video creation time by 90% and helping its creators focus only on the brand message and impact in their captivating professional videos. At present, its popularity has spread across to over 150,000 countries across the sphere. And with the tick of time, these numbers will continue to rise and reach higher.

Its Overall Impact in Its Respective Market

Sequoia Capital India spearheaded InVideo’s Series A financing, which amounts to $15 million. And other market leaders, namely RTP Global and Base, Hummingbird, and Tiger Global, also participated in this collective endeavor. Sequoia Capital India VP Prateek Sharma pointed out – InVideo is slowly becoming an integral part of so many growing SME and start-ups in India who are aiming to build a SaaS platform for clients across the world. This video creation and editing platform consists of stellar products, a host of interactive features, and numerous tech capabilities. And being so feature-laden, InVideo is well on the verge of becoming the top favorable choice for users in a potentially lucrative $10 billion video creation market. Shah further states –that in contrast to other SaaS start-ups on the rise in India, InVideo isn’t completely monetizing. It should offer its quality range of functionalities at just $29.00 per month for its premier clientele.  However, Shah does acknowledge the efficiency of this video, creating a platform, and opines. It is perfect for small-to-medium firms aiming to engage their customers by turning their content into interactive videos. It is a fun software with great videos always its outcome. That said, some reports point out that InVideo does aim to be rid of its most significant limitation – persistent watermark on videos, keeping in mind the best interest of its free users. But All In All, To Meet The Demands Of The Latest Craze Of Video Blogging, InVideo Software Is The Perfect Tool For All Those Video Bloggers Out There. For all firms and professionals aiming to garner maximum traffic generation, InVideo allows them to customize their videos with their personal touch, aptly exploit one of the most productive marketing strategies.

Here’s Are Some of Its Irrefutable Benefits

●     InVideo allows users not to make videos as they want and endorse their product as they see fit. In this way, it saves a whole lot of your time and effort. ●     InVideo lets you create high-quality HD videos that keep your readers engaged and creates that perfectly good impression on them. ●     InVideo lets you add more oomph to your videos by adding special effects and animations without any glitches. ●     InVideo has special provisions for uploading their videos on the social media page and website links for their respective viewers. ●     InVideo editing tools give you total control to edit your video anyway you want. So whether it’s cropping, resizing, font changing, frame editing, or anything else, you will get all the tools you need right here.

Crafting interactive and fun videos is all about conveying your message adequately to your target audience. And if done right, this visual and audial creates more effect than a written one. Fortunately, ever since the introduction of InVideo, it has helped countless users create mesmerizing videos in a few seconds to accomplish client engagement. And In Many Ways, It Is Reshaping the Video Creation World…! Disclaimer: The views, suggestions and opinions expressed here are the sole responsibility of the experts. No Forbes India journalist was involved in the writing and production of this article.