From creating iconic structures that define the skyline of Mumbai to developing holistic lifestyle ecosystems, Sukhraj Nahar is changing the way Mumbaikars aspire to live in the city 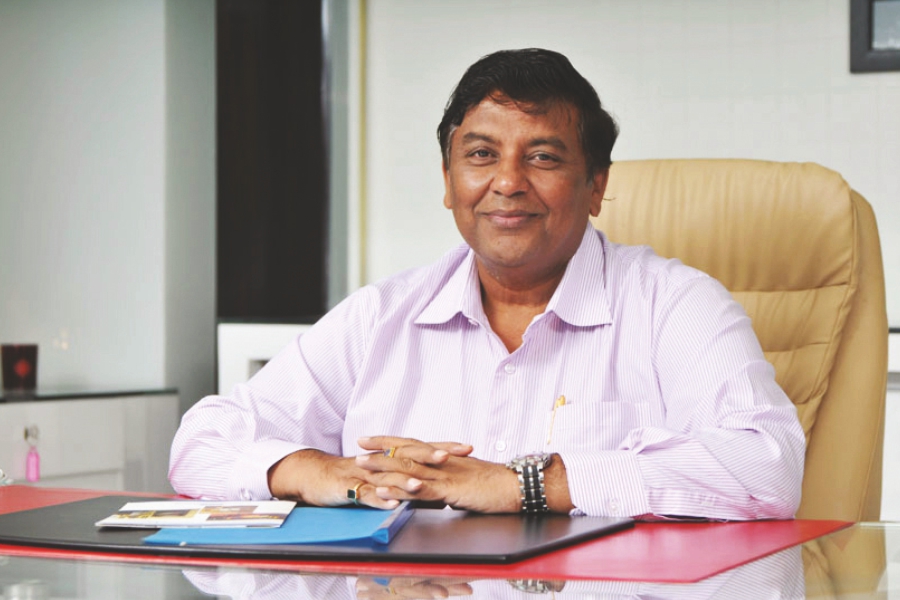 Introduction
Sukhraj Nahar, Founder and CMD of Nahar Group has, over the last 50 years, become a towering personality in the real estate industry of India. Despite all his achievements, he consistently strives to make pivotal transformations for the sector, the customers and for mankind at large.
From creating iconic structures that define the skyline of Mumbai to creating holistic lifestyle ecosystems, Sukhraj Nahar has successfully changed the way Mumbaikars aspire to live in the city. With 5 strong decades behind him, the industry and his peers vouch for his intelligence, integrity and his strong goodwill.

With the foresight of disrupting the traditional real estate sector of the city of Mumbai, Sukhraj launched the Nahar Group in the early 1970s. Sukhraj’s avant-garde and visionary approach to the then ubiquitous cinder block realty landscape has proved to be a gamechanger. Not only did he create townships and give citizens their early taste for luxury, he created an entire lifestyle that helped people evolve not only as individuals but also as a family. Under his strong leadership, the Nahar Group also diversified in to Education, Healthcare, Retail and Business Centres as well. 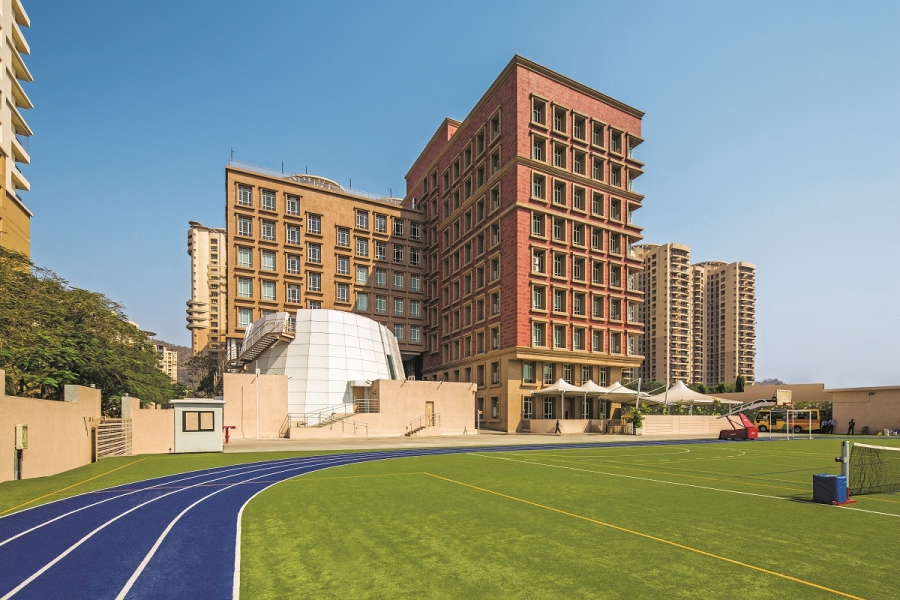 ‘The man with a golden heart’, as he is popularly known, Sukhraj is also at the forefront when it comes to the social well-being of the community. Be it creating a 100-bed hospital and six primary schools in his hometown of Bhinmal, Rajasthan, Sukhraj has always believed in helping out the community at every stage of his illustrious career. Even as the Covid-19 pandemic hit the country, he stood strong and ensured all of his 300 employees and their families were safe. From helping them to stock up on groceries, to ensuring people went back safely to their hometowns and to creating one of the massive vaccination drives for immigrant workers, Sukhraj made sure that everyone around him was being taken care of.

All the above responsibilities, while being a feather in his cap, rests lightly on his able shoulders.

The journey so far…
Going above and beyond most realty offerings in the city, where the homes are just square spaces built to house you for the night, Sukhraj, through his venture Nahar Group, decided to offer not just homes but a livable space for those desiring an improved living lifestyle in the city of dreams. Sukhraj’s vision to provide a quality living experience for all led him to make major land acquisitions under his group as early as the 1980s. Today, the Group under his able guidance has developed 20 million square feet of prime real estate projects with Nahar Amrit Shakti (the 125+ acre township) standing as the group’s flagship offering.

Over the years, Nahar Group has also made its foray into the real estate sectors in Pune, Ahmedabad and Chennai, finally moving on to the founder’s home state of Rajasthan. “India’s emergence as an economic superpower is largely because of the rise in income levels outside of the 2 key metros – Mumbai and New Delhi. Our aim is to redefine the living experience of the young working population of the county by creating holistic living experience that helps them focus on work, while simultaneously spend quality time with their friends and families.”, say Mr. Nahar. The group now plans to be a dominant player in the national real estate landscape of India by acquiring new land parcels across Tamil Nadu, Rajasthan and Maharashtra.


Staying ahead of the curve

Innovation and Disruption are the two qualities that are synonymous with the Nahar Group. Sukhraj has strived to instil these qualities in the DNA of the organisation and encourages his team to always think out-of-the-box. Whether big or small, Nahar believes that today innovation is fruitful and aids in improving quality of life and finds approval among people. Always a step ahead of the market, Sukhraj quickly realized the trends changing towards sustainable living and gated communities giving the Group a strategic first movers’ advantage.

Voice of The Industry

Like it was mentioned at the beginning of this story, Sukhraj Nahar dons several hats. For some time now, he has also been vociferous about setting the course right for his peers and customers. In his words, “The real estate sector compliments the financial well-being of a nation. Our industry has jumped over many obstacles and has always bounced back in a strong manner. The last 18 months has witnessed the economy and the GDP on the road to revival which is being led by the real estate industry.”, adds Sukhraj.

Simultaneously, he admits that the digital disruption caused in the market has only enabled the sector to explore new business opportunities. A firm believer of changing with the times, Nahar has deployed strategic technological infrastructure that has helped the entire industry be prepared for the digital future ahead.

A philanthropist at heart, Sukhraj set up the SB Nahar Foundation and Trust that has helped built multiple social institutions like schools and hospitals. Sukhraj has also setup the Nahar International School to help hone the talents and crafting the achievers of tomorrow.

When the Covid-19 pandemic hit the country, he took it personally upon himself to help stranded labourers and migrants working at the group’s site during the lockdown. Nahar Group made provisions for meals and stay at the site for migrant workers helping them to stay back during the Government of India imposed stringent 3–4 months lockdown in 2020. The group also distributed food packets per person daily to the needy and poor in and around during this period. Following the availability of vaccines in 2021, the group was quick to vaccinate its entire construction workforce of over 300 in efforts to safeguard their health on a priority.

Conclusion:Sukhraj Nahar’s role in changing the face of the real estate industry has been pivotal. Even today, he exudes the same levels of energy and dynamism that did when he came to Mumbai as a 16 years old teenager. He has passed on the same exuberance to his entire team at Nahar Group, making the brand a force to reckon with on a national level.
The pages slugged ‘Brand Connect’ are equivalent to advertisements and are not written and produced by Forbes India journalists.