Canon Smiles For The Camera

The Japanese firm took a roadtrip around India and launched its own stores to take on market leader Nikon, and succeed 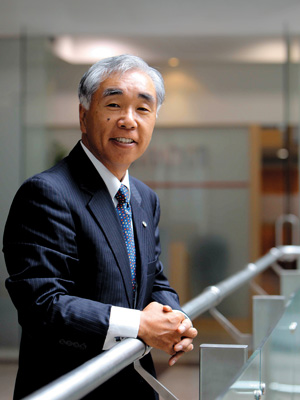 Like many corporate honchos, Kensaku Konishi likes his game of golf. The 58-year-old believes it relaxes him and makes him competitive. In 2007, when he took over as the president and chief executive of Japanese camera-maker Canon’s Indian operations, he knew he would need to dip into every bit of his competitive reserve to stay over par. When he arrived, Canon India was a distant third in the camera market and behind HP and Epson in printers. It was third in the small but lucrative digital SLR camera segment where Nikon ruled, followed by Sony.

The market was growing fast as digitalisation made photography affordable. Yet, the availability of cameras was limited to either multi-brand stores that displayed only a few models of each manufacturer or the unreliable grey market where imported Canons and Nikons were sold at 30-40 percent less than the original price and without duties or warranties. Except Sony, which had an array of gadgets, no company felt the need for exclusive stores.

Four years after Konishi — who has spent his entire 35-year career at Canon — took over, one out of two DSLRs sold in India through retail outlets is a Canon. It has also become the second largest seller of inkjet and laser printers. The market share has jumped five times to 35 percent. The surge was powered by a marketing strategy that brought it closer to customers.

“It was clear that things needed to change a lot if we were to be anywhere near leadership position,” says Konishi, sitting in his Gurgaon office. The first thing he did after coming to India was to commission an internal survey of the market. He did not like what the survey found: Salespersons at multi-brand stores were often clueless about Canon’s features, putting off buyers.

Konishi, who had had stints in the USA, Hong Kong and Singapore, sat with his team in January 2007 and decided that the company would replicate a model that he had pioneered in Hong Kong — open exclusive Canon stores. “In Western markets, multi-brand stores provided a good experience to the customer, but here we needed to go on our own,” says Konishi.

Canon had to move quickly as the market was growing by 50 percent every year and leader Nikon was widening the gap between itself and the others. The digital camera market today is 35 lakh units and high-margin DSLRs sell about two lakh units. Canon soft-launched its first company-owned store, Image Lounge, close to its country headquarters in Gurgaon in 2008. The store displayed all Canon models and allowed customers to try them out. They could shoot and print photos right there too. But they couldn’t buy any of the cameras. It was purely an experiential store!

The store opened at a good time. The grey market was losing its sheen as import duties fell from 20 percent in 2005 to zero over the next three years. The price differential is now only about 10 percent, resulting in grey market sales falling from about 40 percent of the total in 2006 to about 20 percent now, says Anirban Banerjee of financial data vendor, Interactive Data Corp. With a negligible price differential, customers prefer buying from the company itself.

After the first store in Gurgaon, Canon went to Bangalore and Mumbai. It changed the store name to Image Square and started selling its products in it. Canon then decided to explore the small towns, again, on its own. In April 2009, it hired eight trucks and converted them into mobile showrooms displaying 80 products and their accessories. The caravan, dubbed the Image Express, covered 30 cities in one year. The interest it saw convinced Canon that it needed to be present in more cities, but not on its own — “we are good at making cameras, not building stores,” says Konishi.

So it opened more exclusive stores, but this time with channel partners who were experienced in electronics retail. The company ensures the same experience for customers by having a say in the hiring and training of personnel in these stores. From 15 stores now, Canon plans to have 60 by the end of this fiscal, and 150 by next year.

Other players recognise the need for exclusive space. “We have DSLR zones within a store, where customers can touch and feel our products and understand their strengths,” says Nikon India managing director Hiroshi Takashina. Sony has Sony World stores where customers can have a similar experience.

Canon’s change in strategy matched the changing tastes of the young population. “More social networking means more photos to share online,” says Banerjee. For Canon, this trend has led people to shoot more on mobile phones, and then move to cameras. “Instead of a threat, mobile cameras have helped our sales, and we see more young people who buy to move up to the next level,” says Konishi.

The marketing blitz may have taken Canon to the top with over 50 percent market share in DSLRs, and a close second to Nikon in compacts, but it is not going to be easy staying there. Sony has aggressive plans for the compact digital camera market in 2010. “That includes new models. They should take our market share to 40 percent by end-2011,” says Takahiro Hirata, head, digital imaging, Sony India.

A Samsung spokesperson says they are targeting 20 percent of the digital camera market. Olympus, which launched in India in July, wants to capture 10 percent of the market in its first year. The casualty of increased competition will be profit margins. Price cuts were the main reason why the DSLR market grew 100 percent last year. Canon wants 5 percent of its global sales to come from India in the next five years. It might need to move faster as Nikon plans to get there in two years. Canon has to ensure that its Image Square experience continues to give it that extra edge.

(This story appears in the 12 August, 2011 issue of Forbes India. You can buy our tablet version from Magzter.com. To visit our Archives, click here.)

Tweets by @forbes_india
Spain: To the End of the World and Back
Mark Livingston: On Business and Technology