A new, more refined method adopted by the NTCA to estimate India's tiger population is bringing cheer to conservationists 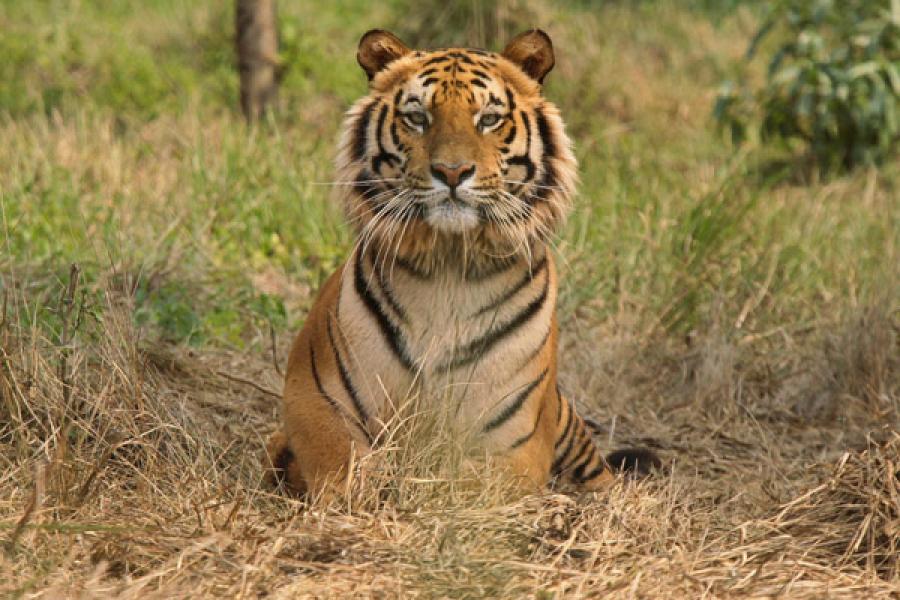 In the world of conservation, bigger fights have been fought around measurements and estimates than around intent and policies. Reports and data on environment issues often span decades, even centuries, capturing long-term trends. Its acceptance depends on faith in scientific methods—and even a small dent there could provoke deep emotions.

By comparison, knowing the number of tigers that go around our forests would seem relatively easy. But it is not. Any amateur photographer on a tiger safari knows how difficult it's even to spot a tiger. In India, for a long time, forest officials have been using a proxy—pugmarks. But that was unreliable and prone to manipulation. In 2004, in Sariska, officials said there were 24 tigers based on pugmarks. It turned out there was not a single tiger. A year later, India discarded the pugmark technique, and started following a more refined system, one that relied on strategically-placed, automatically-triggered cameras. The stripes on the tigers are as unique as finger prints, so photos help in better estimates.

Still, the system followed by National Tiger Conservation Authority (NTCA) suffers from a few drawbacks. The first is that the scientific survey happens only once in four years; and in a fragile system that is a long gap. Secondly, it's not really a census because the output is just an estimate.

When Jayaram Ramesh, then the environment minister, released the tiger population number last year, it was accompanied by a sense of triumph and it was followed by a series of optimistic headlines (Tiger population up by 20 percent to 1,706). However, many missed the fine print. The number 1,706 is an estimate, an average of 1,571 and 1,875—the lower and upper limits. The lower limit in 2010 was actually smaller than the upper limit four years back, which means there is a chance that tiger population could have actually gone down. Besides, Sunderbans was not assessed during the previous estimate, and that contributed to additional 90 tigers (average, again). Most importantly, the number of individual tigers that were actually captured by camera was a mere 550. The number—1,706—is a result of sampling, regression and averages. Much of the cheer that followed the announcement might have been misplaced.

Now, however, there is a real reason to cheer. Two weeks ago, NTCA said it will start using a more refined method for its estimates. Ullas Karanth, director, WCS India Program and Centre for Wildlife Studies, which helped NTCA in developing the system says the move is as significant as the as the decision to abandon pug-mark census back in 2005.

The refinements—which go by the term Phase IV of tiger estimation programme—promise to result not only in more robust estimates but also give additional data that will help the tiger conservation programme. There will be annual monitoring in all important source populations. This is about 10 percent of habitat but that covers 90 percent of tiger population. Hence, the data is immediate, and the process is more efficient and cost effective. Besides, it gives specific tiger numbers in source sites, and so it’s possible to track individual tigers over its lifetime. It will give data on movement rates, mortality and so on. The new system also improves on estimate of the prey.

Tiger population is an indicator of broader environmental well-being for it’s a part of the food chain, with its prey a level below. Prey density is therefore is a good indicator of tiger health and vice versa, and it’s also a tool in conservators kitty. Some have attempted to increase tiger population by improving the habitat with introduction of prey animals. But, adding more than what's needed will not have any impact on the tiger population, and it would be a wasted effort. Thus, having a better sense of prey density will also help in making the right investments.

While the adoption by NTCA is recent, the methods are not new. Karanth says some of the system has been in use in Karnataka for nearly 10 years. “We know this works,” he says.