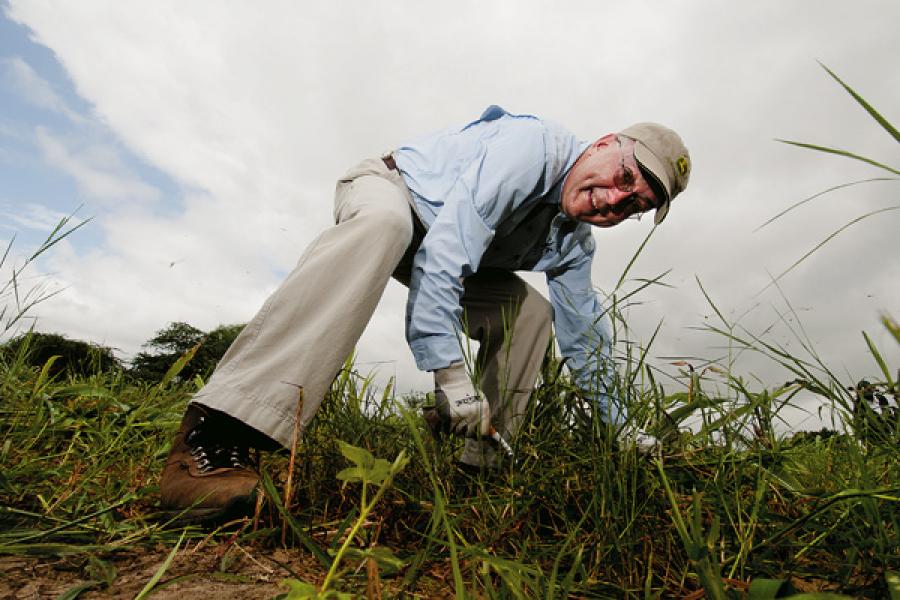 Chunilal Ahir’s two-acre farm at Railmangra near Udaipur was the stage for a strange game in September last year. Two teams with very little in common, were face to face playing that most intense of Indian contact sports—kabbadi. On one side were four yankees, all board-level executives of American tractor company Deere & Co, and on the other were Chunilal and his friends. The game got more interesting as the Americans caught on to its ways and more people joined. By the end of it, they were playing 12 to a team, with neither side willing to give up.

The Deere team was led by chairman and CEO Samuel Allen, who with his other board members and Indian colleagues was working at farms in the area as part of a corporate volunteering project. This was their first experiment with volunteerism and they had picked Railmangra because the company was working with the Udaipur-based Maharana Pratap University for Agriculture and Technology (MPUA) on a project to help drudgery reduction for women working on farms. The team of 20 worked at small farms helping farmers with their daily chores like preparing fodder, removing weeds and building a manger for the cattle.

The journey from Illinois to Railmangra was significant because it has helped the $31-billion company to formalise its volunteerism policy. The company has been selling farm equipment like tractors, combine harvesters, planters and seeders since 1887, and has been in touch with farmers all over the world. Yet, the executives had rarely experienced the life of a marginal farmer. Farmers in many parts of the world use sophisticated GPS-based machines that can operate intelligently on huge farms running into thousands of acres. Allen and his team usually met big customers like the wheat farmer in Kazakhstan, the largest in that country, who owns a 1.2 million hectare farm. India, where the average holding was closer to 1.2 hectares, was unfamiliar ground for the team.

The experience of working with Chunilal’s family taught them what the problems really were. The team had hoped to make a difference to the drudgery of women engaged in subsistence farming in the area. Chunilal’s wife Mangibai was one such woman. About 80 percent of agricultural work in Rajasthan is done by women. The work, mostly manual labour, ranges from preparing the land for sowing, weeding the field, cutting fodder and looking after the cattle. This is apart from their regular responsibilities of cooking and looking after the children. There is a high rate of male migration in most districts and the women are often left to fend for themselves until harvest.

“Long hours of manual labour for the women, often with very primitive tools, results in several health problems at an early age,” says Dr. Suman Singh, who heads the home science department at MPUA. The university has designed simple tools like sickles that help cut with less effort and tubular maize shellers that make it easy to remove corn from the cob. The project is now being supported by Deere, and will be rolled out in more villages.

This week, almost four months after the trip to Rajasthan, Allen was back in India for the ground breaking of a Deere tractor plant in Madhya Pradesh. 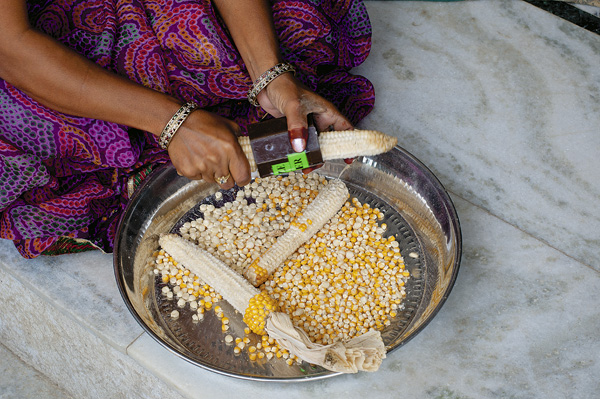 Volunteering is now part of Deere’s HR policy and the company will now give employees time off to travel to farms around the world and work on projects that will help make a difference. Spurred by the CEO’s trip, a much larger group of Deere’s US employees have volunteered to come to India this summer. The volunteers, mostly young engineers, plan to travel to a village in Tamil Nadu for two weeks during the harvesting season. Allen says they will try to suggest/devise innovative engineering solutions to make life easier for the villagers. Any funds needed to roll-out the programme to a wider area will be provided by the John Deere Foundation, the government and other donor NGOs. The foundation currently spends about $20 million every year on activities around the world.

“Agriculture is a very high-growth opportunity and we hope to double our company size to $50 billion by 2018. But we have to give back to society commensurate with the opportunity that we have got,” says Allen. “We are trying to be business-like about volunteerism and are already looking at lessons learnt.”

The lessons were obviously not only in the fields. After the first few days of formal interaction with Chunilal and his wife, Allen says he was able to see the real people. Chunilal’s daughter spoke of how she had been forced to give up studies to help look after her younger siblings. “The Mewad district has one of the most skewed gender ratios [1000:815 in the 0-15 age group]. There is a bias in the way girls are treated from childhood,” says Yashoda Soni, who works with a local NGO Jattan. Yashoda is working on the drudgery reduction programme funded by Deere.

At a corporate level, the benefits of engaging with their core constituency, the farmer, is evident. India is looking for ways to boost productivity and mechanisation can only increase in future leading to huge opportunities for companies like Deere. It certainly helps if the company knows the ground reality here.

For Allen and his colleagues the lasting memory of the village is that of the girl child deprived of education. Among the first actions of the group after going back to the US was to establish a scholarship fund to keep female children in school. The fund is already available in the Udaipur region and will be extended, says Allen.