Waking Up to Brand Success

Tata Tea's 'Jaago Re' campaign sought to register voters for the 2009 elections. In the process, it also re-energised the brand

One of the abiding images of the general elections 2009 is a young man chiding college students: “Election ke din agar aap vote nahin kar rahen hain toh aap so rahe hain” (If you aren’t voting on election day, then you are sleeping). He would go about “waking up” people to their democratic duty of voting. That was the Jaago Re campaign started by Tata Tea before the general elections. It looked like a public awareness campaign, but “It is not about corporate social responsibility, it’s actually a brand campaign,” says Sangeeta Talwar, executive director, Tata Tea. 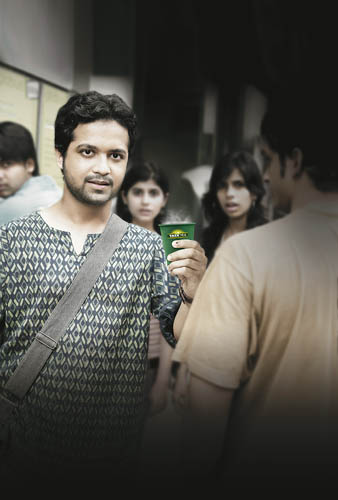 The campaign proved a disruptive step in the way tea is marketed in India. Most Indian tea brands are advertised using either the “refresh” or “re-energise” message. Tata Tea itself has used these approaches in the past (Kamal ki Taazgi) but to beat the leader Hindustan Unilever (HUL), it needed something slightly different.
The brief given to advertising agency Lowe Lintas was to come up with an idea that will connect to a very large number of people, especially youth and not use the hackneyed ‘get refreshed’ line of thought.
“We decided to come up with a tea that awakens you rather one that wakes you up,” says Tarun Chauhan, executive director, Lowe Lintas. In the two years that Jaago Re ran, it has re-energised the Tata Tea brand. According to AC Nielsen data, in June 2007, monthly market share in value of Tata Tea was 19.5 while HUL’s was 22. But figures for March 2009 show that Tata Tea has closed the gap: Its value share was 22.3 compared to HUL’s 23. In a market where it is very difficult to change user habits, even these seemingly small gains are considered significant.
“I do believe it has gotten the mileage it has, primarily because it has worked in the largest market which is the market for votes,” says Harish Bijoor, CEO, Harish Bijoor Consults. “Voting to an extent is a very widely distributed product and it lies in the hands of anyone who is 18 years and more. It lies in probably 720-780 million hands,” he adds.
But votes and tea were, on the surface, appeared to be immiscible. “It’s a very lateral campaign; it’s not linear. Normally when you have a cup of tea, you wake up whether it is a coffee or tea. To ladder that to awakening, you need a very gutsy client,” says Chauhan.
Talwar bought it and it worked. “We’ve actually done a study across 4,500 consumers across rural and urban India, and the recall of the campaign for urban India was over 85 percent. In rural India we studied 1,000 consumers and the recall was 70-75 percent,” she says.
The campaign got a boost when Bangalore-based non-profit organisation Janaagraha stepped in. The campaign, which till that point was just pointing out a problem (voter indifference), was able to provide some sort of a solution now by making the voter registration form available online. This changed the nature of the campaign as it got a lot more coverage on the ground through public relations and media.
The success of the Jaago Re was not a cakewalk. There was a lot of hard work involved as well. The strongest market for Tata Tea is Uttar Pradesh. And the company realised that in towns like Meerut, Gorakhpur and Saharanpur, where media and Internet penetration is low, they needed a different approach to take their campaign ahead. So, they hit the streets, promoting their brand and registering people online.
But will the campaign work now that the elections are over?
Talwar points out that since Jaago Re means awaken, you can awaken to several issues like water distribution or women’s rights, and she sees no problem in the campaign going forward.
But others disagree. Bijoor says, “I strongly believe Jaago Re should be restricted to voting because the minute you use Jaago Re for 20 different things the emphasis on voting gets lost.”
He adds, “Tata Tea has the potential to start a new brand of tea called Jaago Re tea. It can be the self-actualising tea.” There are examples of brands that have done this. Body Shop is an example of a brand where an issue — the line, ‘not tested on animals’ — is central to the product. The cause and brand are inseparable.
Is Jaago Re in the same category?
Insiders say there is no need to launch a new brand of tea given that Tata Tea has several brands under its roof already.
“Jaago Re was tagged on. It is like a dainty girl who has a Great Dane tied on a leash,” says Anand Halve, CEO, chlorophyll Brand Communiation, “The cause is not intrinsic to the product.”
If the campaign is stretched to accommodate some other issue there’s always the fear of it falling flat on its face. So Jaago Re can end up having just a temporary effect.
The pressure is on, admits Chauhan. “The biggest challenge we have is to keep it [the campaign] alive. The pressure is huge as we have to create another big idea.”
(Additional reporting by Saumya Roy)

(This story appears in the 31 July, 2009 issue of Forbes India. To visit our Archives, click here.)