A programme, initiated by the US Department of State and funded by private players, aims to help young Americans gain experience in an emerging market 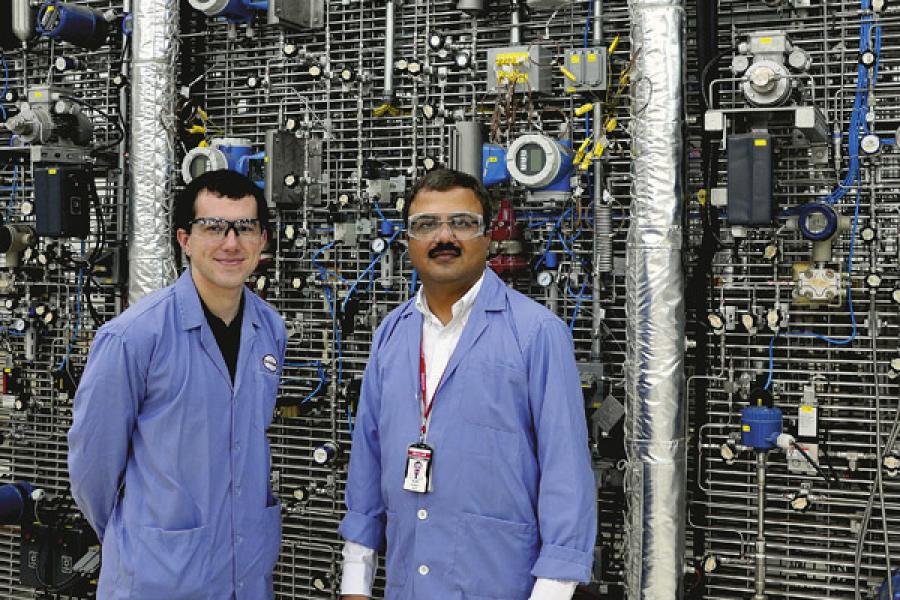 When Molly Teas was a Peace Corps volunteer in Nepal, she decided to see a bit of neighbouring India by train. Throughout the journey from Patna to Amritsar, not once did she turn a page in her paperback because she was fascinated by so many things—the amount of luggage people brought on board, the elaborate meals they’d prepared, and the immense curiosity of everyone who wanted to know all about America.

Teas has since visited India scores of times, most recently to promote the Passport to India programme in her capacity as senior advisor for education, US Department of State.

The initiative is part of a two-pronged strategy to further build Indo-US relations through people-to-people diplomacy, and equip the next generation of the American workforce with business language fluency in emerging markets. Toward this, the US Department of State is reaching out to partner with educational institutions and companies to promote study-abroad opportunities and internships.

The immediate milestone is modest—increase the number of American students in India from 3,384 as of 2011 to 15,000 in the next five years. By contrast, 104,000 Indians studied at US institutions last year.

Teas says India has always attracted a small band of Americans in the humanities, but there hasn’t been a concerted effort to offer opportunities in other disciplines.

“Religion and history are critically important. But Passport to India aims to broaden the menu of options. We want to make sure that students in schools of business, medicine, public health and other fields will put India front and centre,” she says.

The programme is funded entirely by the private sector. Some big names that have signed up include Infosys, Honeywell, Microsoft Research India (MSR India), Texas Instruments and Applied Materials. Existing internship programmes are listed by the US Department of State on Twitter and students can apply directly via the Passport to India Facebook page, a one-stop shop.

Nearly 70 domestic and international students work at Infosys each year under the company’s paid internship programme, which covers airfare and accommodation. “For most global corporations today, at least 60 percent of the revenue is coming from outside the US. One of the major markets is India,” says Kris Gopalakrishnan, co-chairman, Infosys. “This gives interns a perspective of working in a global company with headquarters in an emerging market.”

In a globalised workplace, context is king. That’s why Lenny An, who is pursing a master’s degree in engineering and technology innovation management at Carnegie Mellon University, says he came to India. An wants to build a career in innovating for the bottom of the pyramid. “This internship has really opened my eyes to different levels of innovation,” says An of his 11-week stint at Infosys. 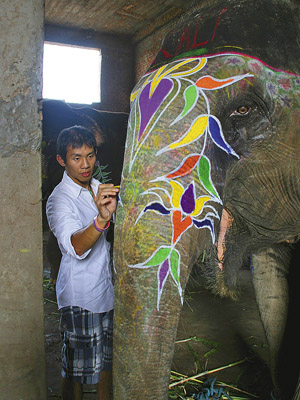 Context is also why Margaret Young, an undergraduate student at the University of Michigan’s School of Information, came to India. An intern at MSR India, Young is doing an ethnography of how youngsters in slums are using the Internet on their mobile phones. Another intern, John Rula, a PhD student at Northwestern University, is creating game-based, non-monetary incentives to promote technology use.

LOCAL CONTEXT Lenny An from Carnegie Mellon, an intern at Infosys, says the internship has opened his eyes to diff erent levels of innovation

More US companies are finding value in early career exposure to emerging markets and are starting to offer internships at their India-based facilities. “If you don’t know what’s going to be happening in India, you’re going to be handicapped,” says Jonathan Bellamy, vice president, HR, UOP, a Honeywell company that launched a fully funded India internship programme this year.

“Normally the exchange of talent happens at the senior level. But here is a great opportunity for the next generation to interact with each other,” says Ajay Kukreja, country director, HR, Honeywell India.

Business culture is another value-add. Technologies can be developed anywhere in the world, but interns say immersion in varied markets, even for a short while, is a differentiator. “A lot of the work is very similar to what I do with interns at Des Plaines [UOP’s facility in Illinois],” says Daniel Spencer, a UOP intern at Gurgaon and a chemical engineering student at Michigan Technological University. “But this has been a great experience—learning to solve a unique set of [non-technical] challenges.”

Educators say exposing students to India encourages them to see India and the world through a different lens.  “Internships are an important didactic tool,” says Aparna Wilder at the Center for Advanced Study of India, University of Pennsylvania (UPenn). That’s what UPenn’s Sam Ware and Sindhuri Nandhakumar learnt this summer at Aravind Eye Hospital in Madurai. “With US healthcare costs increasing, it made me think about which efficiencies at Aravind can be replicated,” says Ware, referring to the hospital’s affordable services.

Nandhakumar, a political science major, says her interest was in studying Aravind’s community outreach to impoverished patients. “The motto here is work is your daily quota for serving the world,” she says.