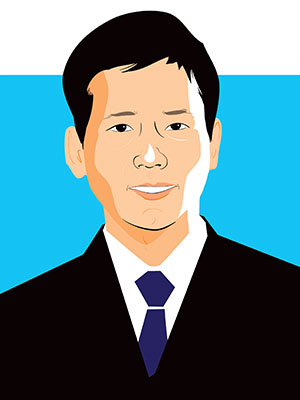 They start them young at Zhang Bangxin’s schools. Toddlers, some no older than two, squirm their way through 90- to 120-minute classes (typical lesson: Beginner math) that cost their parents about $20 an hour (the average Chinese manufacturing worker earns around $2 hourly). Some of these students will stick with Zhang’s tutors through high school, boning up on history, math, Chinese, English and more.

Zhang’s TAL Education Group is one of the biggest players in Chinese private education. Revenues from his 301 schools in mainland China have climbed by nearly 300 percent in four years to $434 million. The company’s New York-listed stock is up by 200 percent since its October 2010 IPO, lifting the press-shy Zhang, 36, TAL’s chief executive, into the billionaire ranks with a $1.5 billion fortune. He co-founded TAL in 2003 after his experience as a tutor in graduate school showed him the field’s potential. TAL continues to add physical locations, but it’s increasingly focussed on its online offerings. The company recently launched a mobile app, which enables students to communicate with tutors at any time of day.