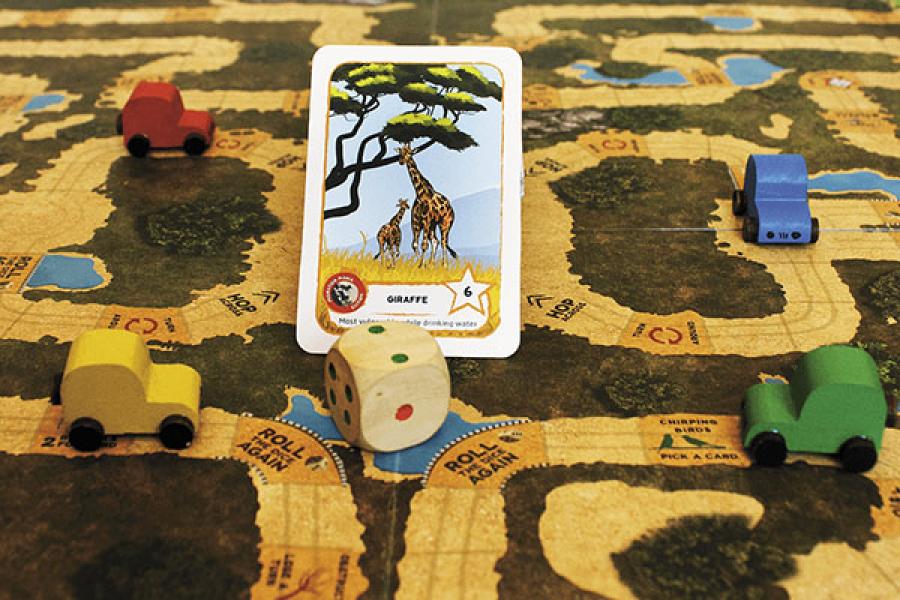 An educational board game conceptualised by Dinesh Kumble, founder of the bootstrapped Krab Media, aims to introduce children to the joys of a jungle safari. Kaadoo, which means a jungle or forest in Kannada, is targeted at six to 16-year-olds and can be played by four people at a time.

Players move along the jungle trails on the board. You might encounter a fallen tree across the track, leading to a missed turn, or a pair of parakeets instructing the player to pick a card. Each card has a photo of an animal or a bird, providing information about the species. There are 100 cards, all of which were originally hand-crafted. Their replicas are now mass produced.

Krab Media employees went on a safari in the Bandipur forests of Karnataka as part of the product development process. Anil Kumble’s older sibling, who is also a wildlife photographer, plans to introduce 16 more editions that will explore wildlife in different parts of the planet.