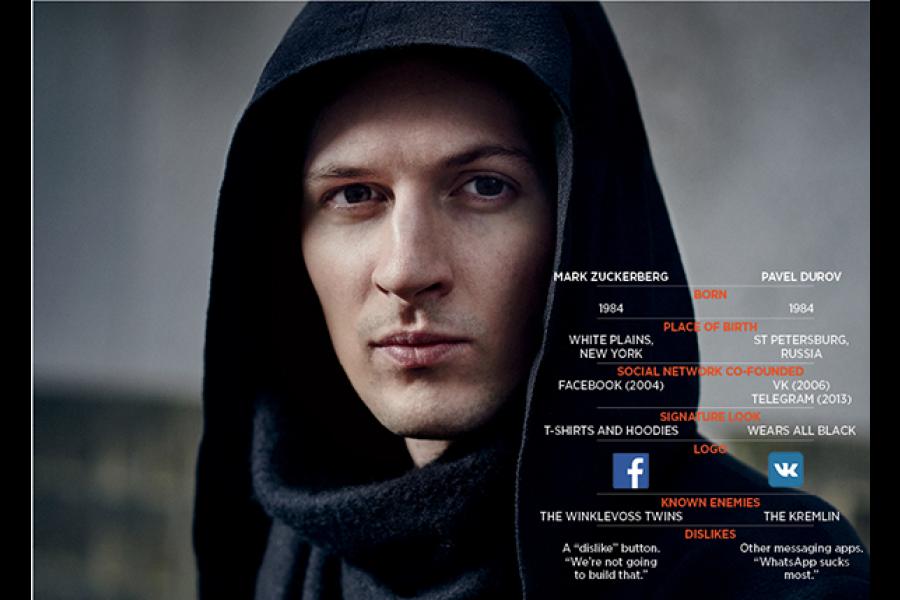 Stop us if you’ve heard this before: A college student starts a social network, grows wealthy and angers a lot of powerful people. Only this version is set in Russia. In 2006, Pavel Durov founded VKontakte (now VK), the largest Europe-based social network, with over 350 million registered users. Durov claims to have been ousted from the company in 2014 after tangling with Vladimir Putin’s government over censorship issues. By then he was at work on his next creation, the encrypted messaging app Telegram, which has north of 100 million users—including ISIS members, who have set up countless secret channels and a help desk for how to avoid surveillance. Now an exile from Russia, Durov, 31, who is worth an estimated $300 million, considers himself “a legal citizen of the world”.