Next Decade Likely to Belong to Banking: Morgan Stanley India 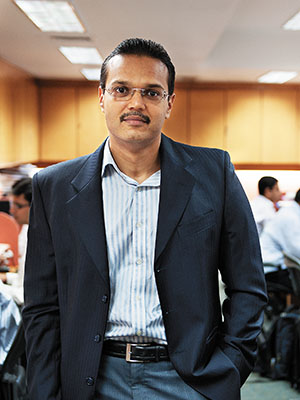 It has been 20 years that Morgan Stanley began operations in India. During this time, India’s GDP moved from $260 billion to $1,842 billion, and India’s MSCI Index outperformed the emerging markets by 28 percent. Ridham Desai, managing director at Morgan Stanley, reflected on the past and talked about the next 10 years to Forbes India. Excerpts:


Will the return on equity for Indian companies fall in the coming decade?
The capital productivity for India has halved over the past five years. Projects are being delayed or not getting approved. India’s investment rate is around 34 percent, but to generate 8 percent growth, our capital productivity has to increase. We need to bring down the incremental capital output ratio to 4.5—it is now at 8. Once this happens, higher growth should ideally translate to higher earnings. Between May 2003 and May 2008, the RoE for India was at 20 percent. Today it is 16 percent, taking us back to 1994-1997.

How have sectors moved over the past five years?
The past five years belonged to the consumer sector. This was driven by increasing public consumption, which spiked due to NREGA and other incentives.

How do you see the banking and finance sectors unfold over the next 10 years?
The credit/GDP ratio is 57 percent: This shows India is one of the most under-penetrated economies in the developing world. In the next 10 years, it is possible to take this number to 75 percent. Credit can grow at around 15 percent, underlining our belief that this is one segment that will continue to expand. Aadhar cards will reduce the cost of acquiring customers in rural areas by almost 80 percent. Further, there are more reforms expected in the banking sector.

Tweets by @forbes_india
Coming Soon: A Mahindra Aircraft
Can We Bank on the Sensex Boom?