The $6 Billion Sequel to 'The Six Million Dollar Man' 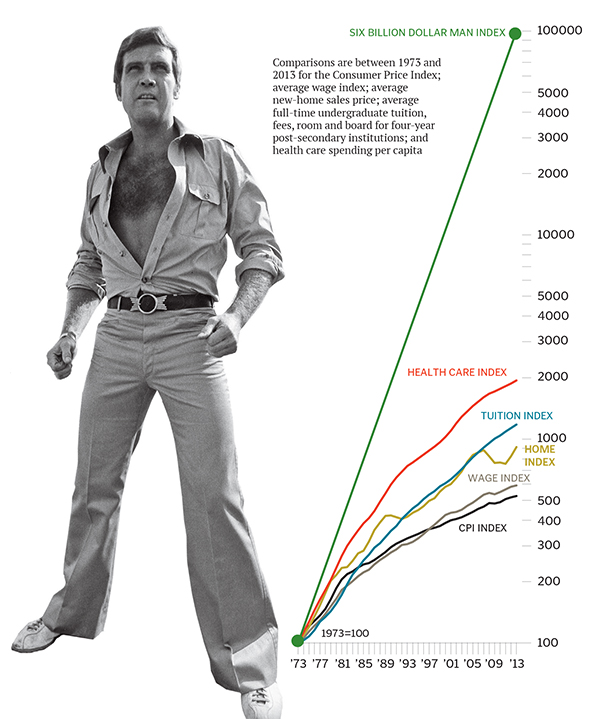 In the 1970s television show The Six Million Dollar Man, astronaut-turned-Cyborg secret agent Steve Austin (played admirably by Lee Majors) and his bionic implants helped ensure the survival of truth, justice and the American way. Now, Mark Wahlberg has reportedly been signed for a movie remake: The Six Billion Dollar Man is due in 2016.

And while it’s nice to see Hollywood paying heed to the concept of inflation, the Office of Scientific Intelligence way overpaid for its new bionics. If a cup of coffee had increased in cost as much as Austin’s bionic eyeball, your jolt of morning joe would now run about $360. Even the most outrageously cost-inflated items we could think of—health care and college tuition—have gone up by just 1,800 percent and 1,000 percent over the last four decades, respectively.

What the critics will say about the remake is anyone’s guess. As for the filmmakers’ grasp of realistic economics? We’ll give them a generous C-plus.