Legalisation of Drugs Has Far-Reaching Effects

If soft drugs are legalised, the consequences will be momentous 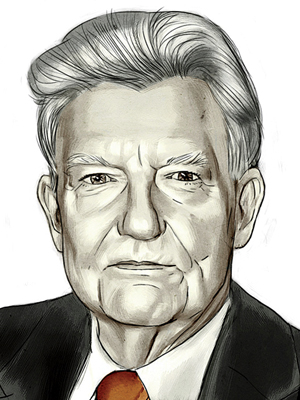 The British government’s bill to make gay marriage legal has already had serious consequences. It has split the Conservative Party wide open and threatens to make its defeat in the next election absolutely certain. Lawyers foresee years of intense argument, appeals and counter-appeals, accompanied by fat fees, stretching into the indefinable future.

Once something is legal, there’s nothing to prevent a lobby being formed by those who participate in that activity, especially if there’s money to be made. An important example of this is the movement to legalise recreational drugs. The war on drugs is difficult and expensive, and there are signs that it is faltering, with battle lines being drawn. Many people are already campaigning to legalise a variety of so-called soft (or recreational) drugs, such as marijuana. Indeed, pro-drug lobbies already exist in the UK and in the US.

If society gives way on this, the consequences will be momentous, precisely because the profits to be made from the marketing and selling of soft drugs will be enormous. There will be nothing to prevent a large-scale international corporation being formed solely to manufacture and circulate such drugs. Equally, existing pharmaceutical companies will be able to enter the trade. The competition will be fierce, which alone will drive down prices. The products will be ‘improved’ and become more alluring. In no time, supermarkets and corner shops will be selling marijuana, and the term ‘drugstore’ will acquire a new and deadlier meaning.

Vast sums will be spent on promotion, especially among the young. Equally large amounts of money will become available to expand the scope of decriminalisation, redefining the border between soft and hard drugs to eventually include heroin.

And what of the criminal elements already involved in the drug trade—the Taliban, which sells and ships the fruit of the poppy out of Afghanistan, and the cartels in South and Central America that run drugs into Mexico and the US? The violence surrounding the drug trade will only escalate.

Another possibility to consider is that a rogue state, such as North Korea, will enter the burgeoning drug market. North Korea’s evil regime survives by performing tasks no other government is able or willing to contemplate. For instance, it has supplied nuclear technology to other rogue states in contravention of all international law. Both Syria and Iran have paid North Korea in gold for its aid in their nuclear efforts. There is no way to stop these transactions as long as China refuses to take punitive steps against its former military and ideological ally.

Tipping the Balance
Recreational drugs are comparatively easy for a ruthless and determined government to grow and/or manu-facture. Supplying these drugs to Americans is precisely the kind of prospect that would appeal to the North Korean leadership. They’ve always claimed that capitalist democracies are essentially corrupt and decadent. This would enable them to ‘prove’ it, especially if the release of vast quantities of cheap soft drugs into Western cities were followed by an increase in the supply and use of hard drugs, as many believe, is inevitable.

China, which has a drug problem of its own, might be prepared to act against North Korea in this context. But it would extract a high price from the West, which might result in the balance of power in the Pacific tilting in China’s favour.

I’ve been discussing possibilities. But in the world of highly dangerous drugs, it’s safer to treat them as proba-bilities. If we allow this drug use to become legal, we’ll embark on a voyage into horror with our eyes open.

Show More
Thank you for your comment, we value your opinion and the time you took to write to us!
Comments 20