The American Income Crisis: The Fed Could Stop It

The Fed’s duty is to keep the dollar and prices stable, facilitate employment 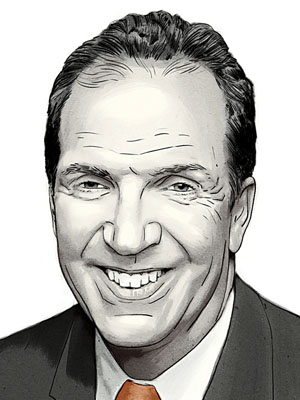 President Obama has an opportunity to transform the US’s economic course when he chooses a Federal Reserve chairman to replace Ben Bernanke. While the rich have seen big increases in their share of income, the nation’s inflation-adjusted median income—the middle of the middle class—has been declining sharply.

This is harmful and largely the fault of expansionary government. The solution is for the President to downsize, with a new direction for the Fed as a timely starting point.

In his July 24 speech in Galesburg, Illinois, President Obama said he’d like to stop the slide in middle-class living standards: “The average American earns less than he or she did in 1999… reversing these trends has to be Washington’s highest priority.”

From 1999 through 2007 the real median household income fell 1 percent. It fell another 4 percent during the 2008-09 recession. And then, incredibly, fell again during the recovery, dropping an estimated 5 percent in 2010-13.

Rationalising this as the ‘new normal’ diminishes past achievements of our economic system. Normal policy increases jobs, growth and real incomes, but we’ve gone backward. Unemployment was still over 7 percent in July.

The poor performance is the result of policies that seem designed to make the rich richer and leave the middle class stagnant and more dependent on the government. While massive growth in government spending is presented as income redistribution, the reality is even worse. Much of the spending ends up in the greater Washington area, which has one of the highest and fastest-growing median incomes in the nation.

The Fed manages what has become the biggest transfer programme to the rich, channeling cheap credit to the government and big business, at the expense of small businesses, where most entry-level jobs are created. Black teen unemployment stood at 41.6 percent in July, a stark challenge for the Fed, which has a mandate to achieve maximum employment.

Devastating the Middle Class
Once a champion of market prices, the Fed is setting short-term interest rates artificially low. This distorts the economy and markets, keeps the dollar weak and increases commodity prices. That benefits the rich, who own and trade commodities, but hammers average Americans, who need low prices and can’t hedge against asset price inflation. The Fed’s policy of lowering long-term interest rates helps the rich more—they do most of the long-term borrowing, using high incomes and assets as collateral. The burden falls on retirement funds and savings accounts of the middle class.

As the President considers candidates for the Federal Reserve, at stake is the policy of transferring income and wealth from the middle class to the rich. The theory is that a bigger government and an interventionist Fed are reducing the maldistribution of income—“making the rich pay their  fair share”. This ignores history, recent performance and the reality of the global economy: The wealth of the rich will move toward lower tax rates and strong and stable currencies, burdening the middle class with government debt.

It’s Wall Street that’s cheering the loudest for Bernanke’s successor to keep the status quo—massive bond buying, promises of low future interest rates, high commodity prices and currency volatility to boost trading profits. The risk from an immodest Fed is that it will remain the centre of attention, dominating finance and markets. The Fed and its chairman aren’t supposed to be that consequential. Their duty is to keep the dollar and prices relatively stable, facilitating maximum employment.

The President has an opportunity to guide the US economy in a better direction by downsizing the Fed in order to create more growth and jobs and raise the median income.