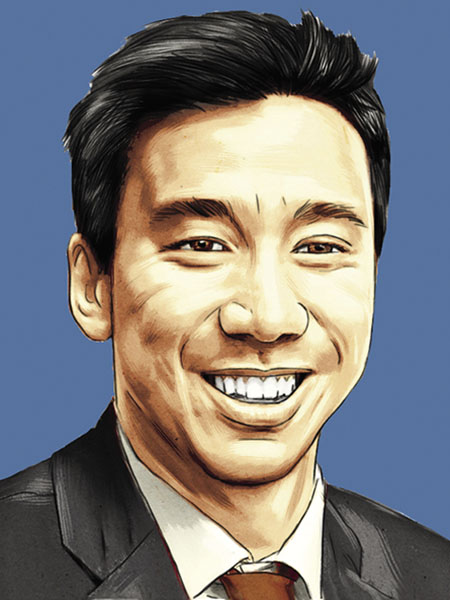 With tech advances making gadgets increasingly capable (and more affordable), there’s never been a better time to be a so-called ‘digital nomad’. I cringe at the term, but I can’t deny that it quite succinctly sums up people like me, who need only a solid internet connection and a digital device to do work. In the past year, I’ve written articles under every circumstance imaginable: On a proper desktop computer at home, on a Chinese budget 2-in-1 tablet at the airport, on an iPad while standing in line to enter an event, on a smartphone while sitting at the beach in Phuket, and on this, a comically tiny laptop, over brunch.

This petite device is the GPD Pocket, a clamshell-style Windows 10 laptop that’s 7.1 inches wide, 4.3 inches long and about 0.8 inches thick. That’s only a tad larger than some phablets, or roughly the size of my girlfriend’s clutch. As its name implies, the device can indeed fit inside my pants pocket.

GPD, which stands for GamePad Digital, is a small Shenzhen company that has released a series of mobile gaming devices. In terms of physical build, the GPD Pocket doesn’t stray too far from the company’s previous device, the Win. The Pocket, however, is the company’s first laptop and thus has a full Qwerty keyboard in place of what used to be gaming buttons and D-pads. 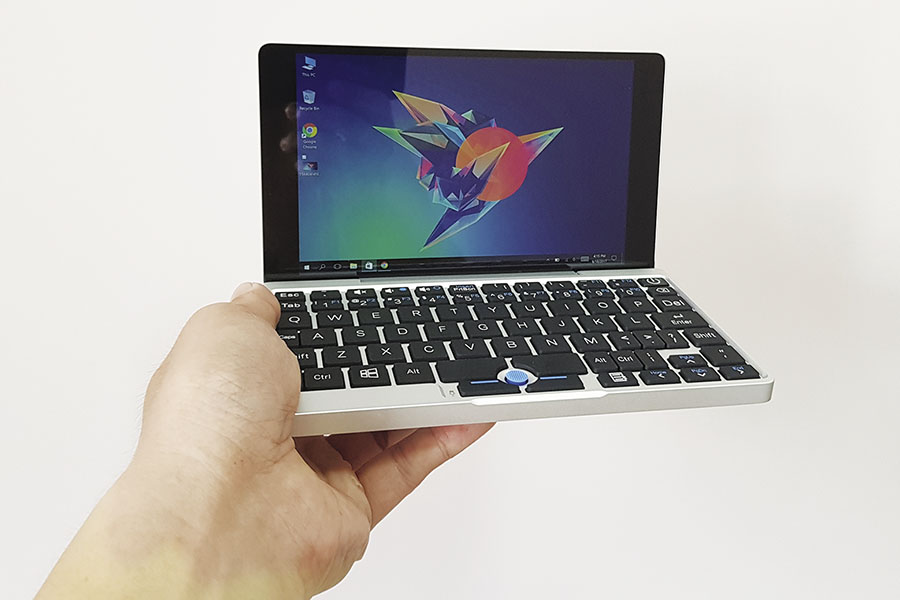 The Pocket laptop is just 7 inches wide and can fit in the pants pocket
With an all-aluminium body, a sturdy clamshell hinge that opens up to almost 190 degrees, and a 1080p screen, the hardware and build quality are top-notch. The specs under the hood are solid too: The Pocket has an Intel Atom X7 Z8750 chipset and 8GB of RAM. The former is decent—the Atom chipset is for mid-tier devices—but the latter is impressive, considering that even new iPads and MacBooks, as well as some Microsoft Surface Books, don’t have 8GB of RAM.

Basic laptop functions like word processing and video playback operated flawlessly, and the device even handled several games such as Asphalt 8: Airborne and Dinosaur Assassin without a hitch, though the frame rate stutters from time to time and the Pocket’s fan gets really loud.

GPD couldn’t incorporate a trackpad into a device this small. Instead there’s a ‘pointing stick’, a rubber nub like those found on ThinkPad devices. The nub here on the Pocket works surprisingly well—I’m able to navigate around with the mouse arrow quickly and pretty accurately. But because Windows 10 wasn’t meant to be used on a screen this small, some icons, particularly the ‘X’ at the upper right corner of web browsers and the Windows Start Menu icon on the lower left corner, are very hard to hit accurately with my index finger.

Now on to the bad news, and it’s pretty major. The keyboard is just a bit too cramped for typing comfortably or accurately. On Typingtest.com’s Aesop test, I managed to score only 41-words-per-minute on the Pocket, and this was after four days of getting used to the keyboard. To be fair, the Pocket is tough for me because I am a fast typer who types by touch. Perhaps the most damning thing I can say about the Pocket’s keyboard is this: I couldn’t finish this article on it. About two paragraphs up, I changed to my smartphone.

I can solve the keyboard problem by using an external keyboard over Bluetooth or a USB connection—the Pocket, impressively, has most major ports and can even handle display output to a full 30-inch monitor—but carrying an extra accessory would defeat the purpose of using the ‘world’s smallest laptop’, right?

I do see some scenarios where the Pocket can come in handy. Its size and solid display make for a good media-consumption device; if you rarely do word processing, then the one flaw of the Pocket isn’t a big deal. I often try to use a laptop on a plane only to have the person sitting in front of me recline his seat, making the laptop fit nearly impossible. With the Pocket, that shouldn’t be a problem.

With a price of about $550, the Pocket isn’t cheap. You can get some solid Chinese laptops for less, and you won’t have problems typing.

(Ben Sin is a Hong Kong-based contributor to Forbes.com who writes about consumer tech.)