While the RNA of the virus was found in tiny droplets in China, scientists don't know if it was capable of transmitting the virus 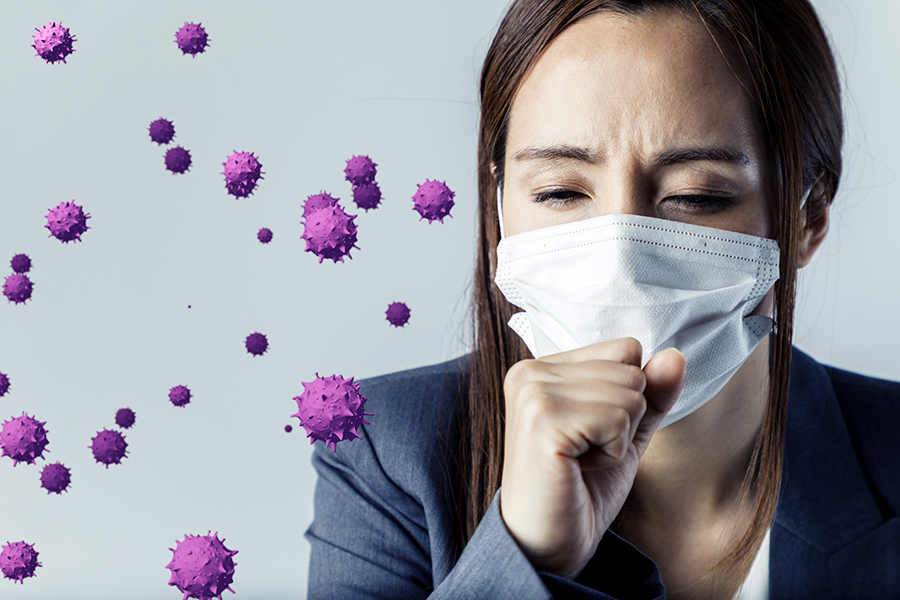 Adding to growing evidence that the novel coronavirus can spread through air, scientists have identified genetic markers of the virus in airborne droplets, many with diameters smaller than one-ten-thousandth of an inch. That had been previously demonstrated in laboratory experiments, but now Chinese scientists studying real-world conditions report that they captured tiny droplets containing the genetic markers of the virus from the air in two hospitals in Wuhan, China, where the outbreak started. Their findings were published Monday in the journal Nature. It remains unknown if the virus in the samples they collected was infectious, but droplets that small, which are expelled by breathing and talking, can remain aloft and be inhaled by others. “Those are going to stay in the air floating around for at least two hours,” said Linsey Marr, a professor of civil and environmental engineering at Virginia Tech who was not involved with the Nature paper. “It strongly suggests that there is potential for airborne transmission.” Marr and many other scientists say evidence is mounting that the coronavirus is being spread by tiny droplets known as aerosols. The World Health Organization has so far downplayed the possibility, saying that the disease is mostly transmitted through larger droplets that do not remain airborne for long, or through the touching of contaminated surfaces. Even with the new findings, the issue is not settled. Although the coronavirus RNA — the genetic blueprint of the virus — was present in the aerosols, scientists do not know yet is whether the viruses remain infectious or whether the tests just detected harmless virus fragments. “The missing piece is viable viral replication,” said Harvey V. Fineberg, who leads the Standing Committee on Emerging Infectious Diseases and 21st Century Health Threats at the National Academies of Sciences, Engineering and Medicine. “Could you culture this virus from the air?” In February and March, scientists collected samples at Renmin Hospital of Wuhan University and at a makeshift temporary medical facility used to quarantine and treat patients with mild symptoms. They also sampled the air in public areas around Wuhan, including a residential building, a supermarket and two department stores. Very little virus was detected in the air of the isolation wards or in the patient rooms of the hospital, which were well ventilated. But elevated concentrations were measured in the small toilet areas, about 1 square yard in size, which were not ventilated. “It kind of emphasizes the importance of avoiding small confined spaces,” Marr said. The researchers also detected viruses in the air in the locations where staff members took off their protective garments, suggesting that viruses that had settled on clothing could be knocked back into the air. These readings were greatly reduced after the hospitals implemented more rigorous cleaning procedures. The Wuhan data echo findings at the University of Nebraska Medical Center, where other researchers also found coronavirus RNA in the air as well as on surfaces in rooms. That research, still in the process of being reviewed by other scientists before publication in a journal, did not determine the size of the droplets. But the presence of RNA from the virus in out-of-the-way locations, such as under a bed and on window sills, also suggested that small droplets were carried around the rooms by air currents. In their paper, the Nebraska researchers detected the presence of coronavirus RNA, but not whether the viruses were still infectious. In additional experiments, the scientists are trying to grow the virus in cultures to determine if they are capable of sickening people. “We’ve made a lot of progress the last couple of weeks,” said Joshua L. Santarpia, a professor of pathology and microbiology at the University of Nebraska Medical Center. “I really do hope that we’ll start being able to say something more definitive in the next week or so.” In the Wuhan research, no viruses were detected in most of the public places they studied, including the residential building and the supermarket, although some levels were detected in crowded areas outside one of the hospitals and in the department stores. Marr said she calculated it would take about 15 minutes for a person to breathe in one virus particle. “It was interesting to see there were measurable amounts,” Marr said. “I think it adds good evidence to avoid crowding.” The paper did not state whether people passing through those areas were wearing masks, which would block much of the virus a sick person breathes out.