Amazon to the rescue of the fashion world!

With some help from Vogue and the CFDA, the e-commerce giant is opening a new store to showcase independent designers. Does this mark the moment the two worlds finally get hitched? 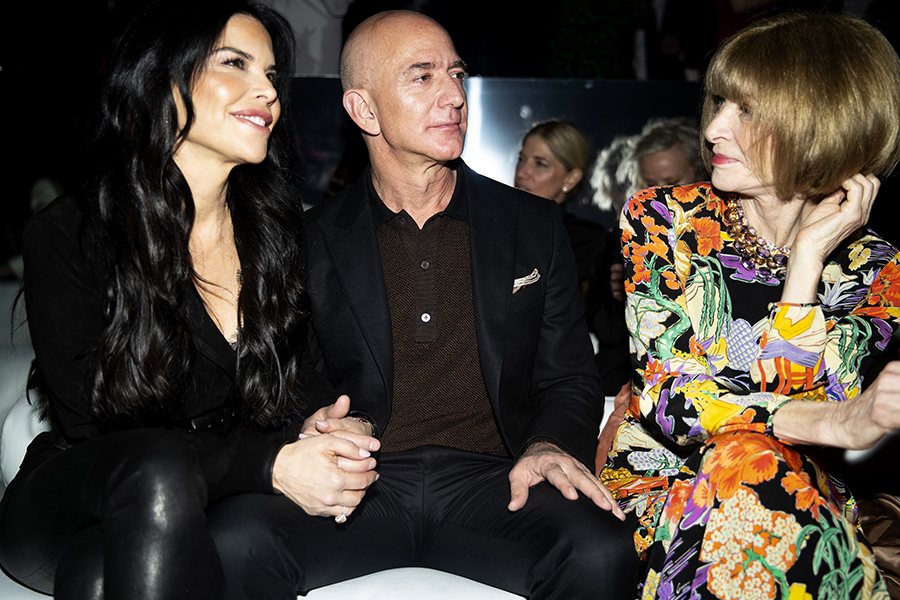 From left, Lauren Sanchez, Jeff Bezos and Anna Wintour during the Tom Ford Fashion show at Milk Studios in Los Angeles, Feb. 7, 2020. With some help from Vogue and the CFDA, Amazon is opening a new store to showcase independent designers. (Calla Kessler/The New York Times)