BC and AC—the World Before Corona and the World After

Thomas Friedman considers our new historical divide, and predicts some trends to watch out for 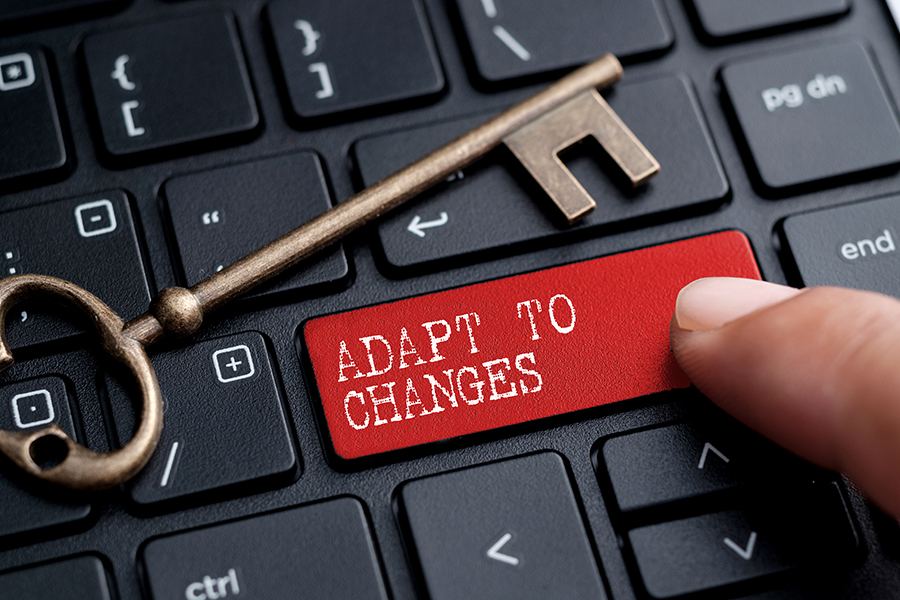 Before the coronavirus crisis hit, I was toying with writing a book about 21st-century political parties, but in light of this global epidemic it’s obvious that whatever nonfiction book you’re working on now, put it down. There is the world B.C. — Before Corona — and the world A.C. — After Corona. We have not even begun to fully grasp what the A.C. world will look like, but here are some trends I’m watching.

Unknown unknowns. I wrote my book “The World Is Flat” about growing global interconnectedness in 2004. The world has gotten so much flatter and interconnected since. Heck, when I started writing that book, Facebook was just being launched; Twitter was only a sound; the cloud was still in the sky; 4G was a parking place; LinkedIn was a prison; for most people, applications were what you sent to colleges, Skype was a typo and Big Data was a rap star. And the iPhone was still Steve Jobs’ secret pet project.

All those connectivity tools, not to mention global trade and tourism, exploded after 2004 and really wired the world. Which is why our planet today is not just interconnected, it’s interdependent — and in many ways even fused.

This has driven a lot of economic growth. But it’s also meant that when things go bad in one place, that trouble can be transmitted farther, faster, deeper and cheaper than ever. So, a virus-laden bat bites another mammal in China, that mammal is sold in a Wuhan wildlife market, it infects a Chinese diner with a new coronavirus and in a few weeks all my public schools are closed and I’m edging 6 feet away from everyone in Bethesda.

But that’s why this virus crisis is so not over. Bill Joy, the computer scientist who co-founded Sun Microsystems, put it to me like this: “The last few weeks were actually pretty unsurprising and predictable in how the pandemic spread. But we’ve now reached a point where all of our interlocking systems, each with their own feedback loops, are all shutting down in unpredictable ways. This will inevitably lead to some random and chaotic consequences — like health care workers not having child care.”

The power of exponentials. One of the hardest things for the human mind to grasp is the power of an exponential — something that just keeps relentlessly doubling and doubling, like a pandemic. The brain just can’t appreciate how quickly 5,000 cases of confirmed coronavirus infection in America can explode into 1 million if we don’t lock down now.

Here’s a simple way to explain the exponential threat we face — in a way an oft-bankrupt real estate developer like Donald Trump might understand. It was also offered by Bill Joy: “The virus is like a loan shark who charges 25% a day interest. We borrowed $1 (the first coronavirus to appear here). We then fiddled for 40 days. Now we owe $7,500. If we wait three more weeks to pay, we’ll owe almost $1 million.”

That’s why working every single day to slow the rate of infection and testing everyone possible is everything. Lose that battle, lose the war.

That’s also why the only number I am watching now is not the Federal Reserve’s interest rates, it’s the number of critical-care coronavirus patients versus the number of general hospital and ICU beds in the country needed to care for them. If the second number can accommodate the first number when the virus peaks, we’ll be OK. If it can’t, we’re going to have pandemonium on top of a pandemic.

The upside of exponentials. There is, though, another exponential that may end up saving us: Moore’s Law, which was coined by Intel co-founder Gordon Moore in 1965 and posited that the speed and processing power of computers would double every two years, as more transistors could be steadily packed on a microchip.

Intel, to explain the power of Moore’s Law to make all kinds of things better, smarter, faster, had its engineers take a 1971 Volkswagen Beetle and try to calculate what that car would be like today if it had improved at the same exponential rate that microchips had improved since 1971. Intel’s engineers’ best guess was that that Volkswagen Beetle today would go about 300,000 mph, it would get 2 million mpg and it would cost 4 cents.

That is the power of an exponential in engineering on the upside — and it may be just the kind of exponential that can also help bring us a coronavirus treatment and vaccine quickly.

As Nitin Pai, director of the Takshashila Institution, an independent research center in Bangalore, India, wrote on livemint.com on Sunday: “Advances in computer technology and synthetic biology have revolutionized both detection and diagnosis of pathogens, as well as the processes of design and development of vaccines, subjecting them to Moore’s Law-type cycles. Recent epidemics, starting with SARS, and including H1N1, Ebola, Zika and now COVID-19, will drive more talent and brainpower to the biological and epidemiological sciences.”

But will it be fast enough? Even in the age of supercomputers, noted Gautam Mukunda, a research fellow at the Harvard Kennedy School’s Center for Public Leadership, “we still have no vaccine for HIV or malaria — two widespread critical diseases that we have been fighting for years. It is definitely true that the science will reach the point where we can develop new vaccines on the fly; the problem is, it’s still really, really hard.”

Will American culture or politics be fundamentally changed by this pandemic? I know for sure one joke Republican politicians will not be telling on the campaign trail this year. It’s the one where they impugn the deep state, government bureaucrats, and get the audience to laugh by saying, “Hi, I’m from the government and I’m here to help.”

Our political culture may also change before this is over. My friend Michele Gelfand, a professor at the University of Maryland, is the author of “Rule Makers, Rule Breakers: How Tight and Loose Cultures Wire the World.”

In an essay in The Boston Globe last week, Gelfand recalled that in a paper she and her colleagues published in Science several years ago, they classified countries in terms of how much they prioritized rules over freedom as either “tight” or “loose,” writing: “Tight societies, like China, Singapore and Austria have many rules and punishments governing social behavior. Citizens in those places are used to a high degree of monitoring aimed at reinforcing good behavior. Loose cultures, in countries such as the United States, Italy and Brazil, have weaker rules and are much more permissive.”

These differences in tightness and looseness, she argued, were not random: “Countries with the strongest laws and strictest punishments are those with histories of famine, warfare, natural disasters and, yes, pathogen outbreaks. These disaster-prone nations have learned the hard way over centuries: Tight rules and order save lives. Meanwhile, cultures that have faced few threats — such as the United States — have the luxury of remaining loose.”

It’s been pretty obvious, said Gelfand, that “famously ‘tight’ societies like Singapore and Hong Kong ... have demonstrated the most effective response to COVID-19.”

At the same time, our deficiencies in White House coordination and reckless public figures — like Larry Kudlow, Sean Hannity, Laura Ingraham, Rush Limbaugh, Kellyanne Conway, Devin Nunes and Trump himself — who initially minimized the virus’s potential impact or imputed political motives to those pounding the table for action, helped compound the risks to us all.

So, Gelfand concluded: “In all of the uncertainty, we need to remember that the trajectory of the virus has as much to do with the nature of the coronavirus as it does with culture. Our loose cultural programming needs to do a big switch in the days to come.”

The Greatest Generation did it in World War II. But can we now?

Only generosity will save us. There are millions of business owners and employers out there who are invested in long-term assets that they were assuming would go up in value — a stock, a company, a home, a restaurant, a store — with borrowed money. That’s money that they can’t now repay.

Therefore, we not only need the Fed to backstop their banks to prevent a total meltdown, we not only need the banks to restructure their debts, we need to get fresh cash into the pockets of all their workers so they can eat after their last paycheck is spent. It is encouraging to see the administration and Congress moving rapidly to do just that. The more we simultaneously tighten our culture and loosen our purses, the stronger and kinder society we’ll be A.C. — After Corona.