As China reports no rise in local cases for the first time since the Covid-19 outbreak, people are trickling back to work 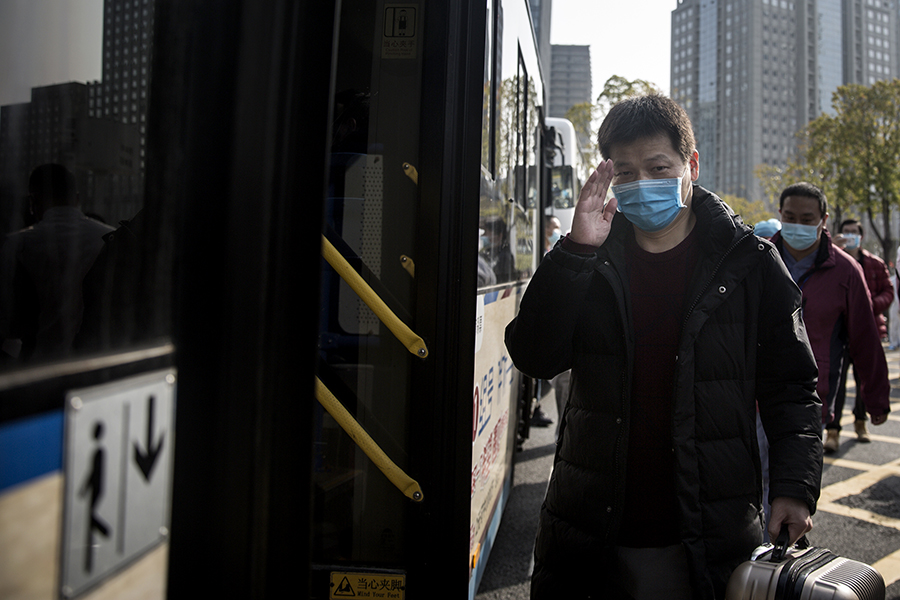 Image: Stringer/Getty Images
After weeks of remaining indoors due to the coronavirus outbreak, Shanghai-based Ritwik Ghosh says his “life is inching back on track”. As of March 19, China’s capital Beijing and commercial centre Shanghai had seen 704 recoveries and 11 deaths due to Covid-19, according to the John Hopkins University. Ghosh, vice president of asset management firm CDH Investments, says apart from the lockdown of Hubei and its capital Wuhan [the epicentre of the virus], the government had adopted stringent measures to restrict people’s movement in public places.

“Anyone entering the city was being mandatorily quarantined for 14 days in government facilities,” says Ghosh, although the government on March 18 said all new cases involved people who came into China from elsewhere and not local residents. “Along with normal life, people’s mental health has been affected badly. Things should be back on track in 2-3 months because all of us want to break free,” Ghosh says.

So far, China has reported 80,928 coronavirus cases and 3,245 deaths, the latter making up over a third of the global toll. The ruling Communist Party, which faced flak for its draconian containment measures, is gradually lifting them. Hubei authorities have partially opened their borders, excluding Wuhan, for healthy people to leave the province. The government expects China to be fully-functional by June.

A recent report by research firm Euromonitor indicates that besides industry-wise impact, major changes are expected in the way China approaches work, industry and the service sector. Chinese consumers will focus more on shaping attitudes toward health and hygiene, the report says.