The desperation that engulfed New Delhi, India's capital, over the past few weeks is now spreading across the country, hitting states and rural areas with many fewer resources

By Jeffrey Gettleman and Suhasini Raj 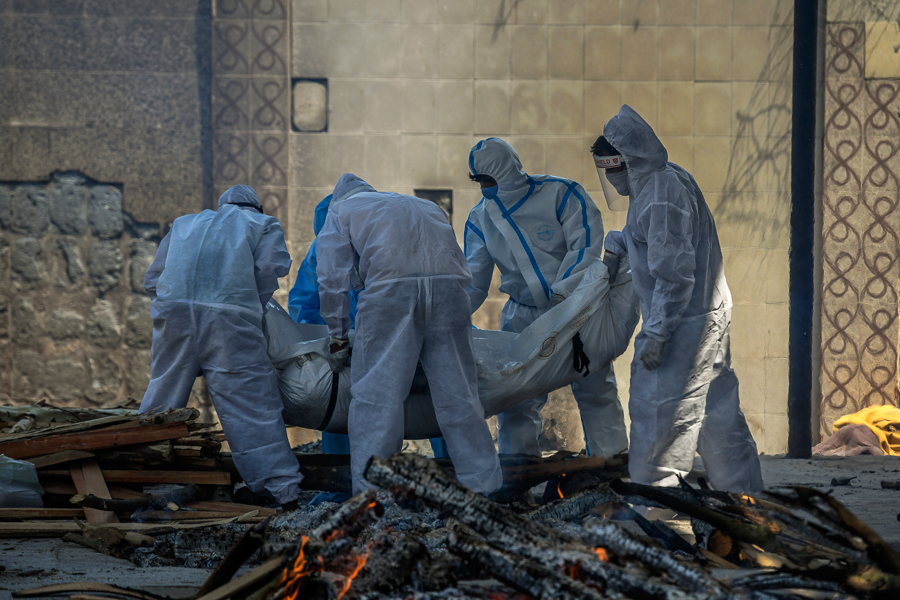 Relatives prepare for the cremation of a COVID-19 victim in Delhi, India, on May 11, 2021. The crisis in India is reaching a new phase and spreading to areas with fewer resources.