Posted by the President's campaign on Wednesday, the video claims that children are immune to the coronavirus

By Cecilia Kang and Sheera Frenkel 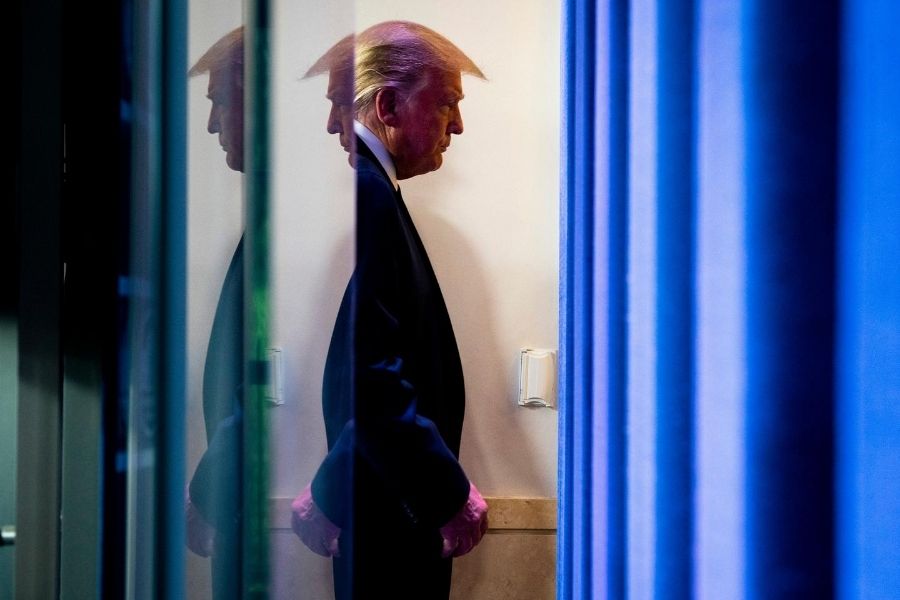 President Donald Trump after a news conference at the White House in Washington, Aug. 4, 2020. Facebook took down a video posted by the Trump campaign on Wednesday in which he claimed children were immune to the coronavirus, a violation of the social network’s rules against misinformation around the virus. Image: Doug Mills/The New York Times

WASHINGTON — Facebook took down a video posted by the campaign of President Donald Trump on Wednesday in which he claimed children were immune to the coronavirus, a violation of the social network’s rules against misinformation around the virus. It was the first time Facebook has removed a post by Trump’s campaign for spreading misinformation about the coronavirus, although the social network has previously taken down other ads and posts by the campaign for violating other policies. In June, for example, Facebook took down campaign ads that used a Nazi-related symbol, which broke the company’s rules against organized hate. The action on Wednesday did not signal a change to Facebook’s fierce defense of free expression. Mark Zuckerberg, Facebook’s chief executive, has said the social network is not an arbiter of truth and that it is in the public’s interest to see what political leaders post — even if they include falsehoods by politicians like Trump. Zuckerberg has stood by the position, even as other social media companies like Twitter have ramped up their enforcement of the president’s speech. The stance has put Facebook under tremendous pressure from employees, advertisers and civil-rights leaders, who have opposed permitting Trump to spread falsehoods around mail-in voting on the site and to allow comments and threatening language around the Black Lives Matter protests to remain up. The video that Trump’s campaign posted on Wednesday was of an interview held earlier in the day with Fox News. In the clip, he pressed for the opening of schools this fall, arguing that children were “virtually immune” from the coronavirus. That theory is not supported by most medical experts. “They’ve got much stronger immune systems than we do somehow for this,” Trump said. “They don’t have a problem. They just don’t have a problem.” Facebook took down the video about four hours after it was uploaded, saying the post violated its policies specifically tailored for health misinformation around the coronavirus. The post was viewed nearly half a million times before it was removed, according to CrowdTangle, a Facebook-owned tool for analyzing social interactions. “This video includes false claims that a group of people is immune from COVID-19, which is a violation of our policies around harmful COVID misinformation,” a Facebook spokesman said. In a statement, Courtney Parella, the White House’s deputy national press secretary, said, “The president was stating a fact that children are less susceptible to the coronavirus. Another day, another display of Silicon Valley’s flagrant bias against this president, where the rules are only enforced in one direction. Social media companies are not the arbiters of truth.” Twitter on Wednesday also took down the Trump campaign’s post with the video, saying it had violated its rules on coronavirus misinformation. Facebook created specific rules in April related to not allowing coronavirus misinformation. The policy has been repeatedly tested by Trump, who has shared videos in which he and others make questionable claims about potential treatments and cures. In April, Facebook did not take down a video in which Trump suggested people might ingest bleach, or use ultraviolet light, as a virus treatment. Facebook said the post did not violate its policies because Trump did not specifically direct people to pursue the unproven treatments. Some of the other posts that Facebook has removed from Trump’s reelection campaign include misleading ads about the 2020 census in March. Facebook said the ads could have caused confusion about the timing of the census.