Hong Kong billionaire Francis Choi, who got rich making toys, is looking to add to his fortune by moving upstream into biodegradable plastic 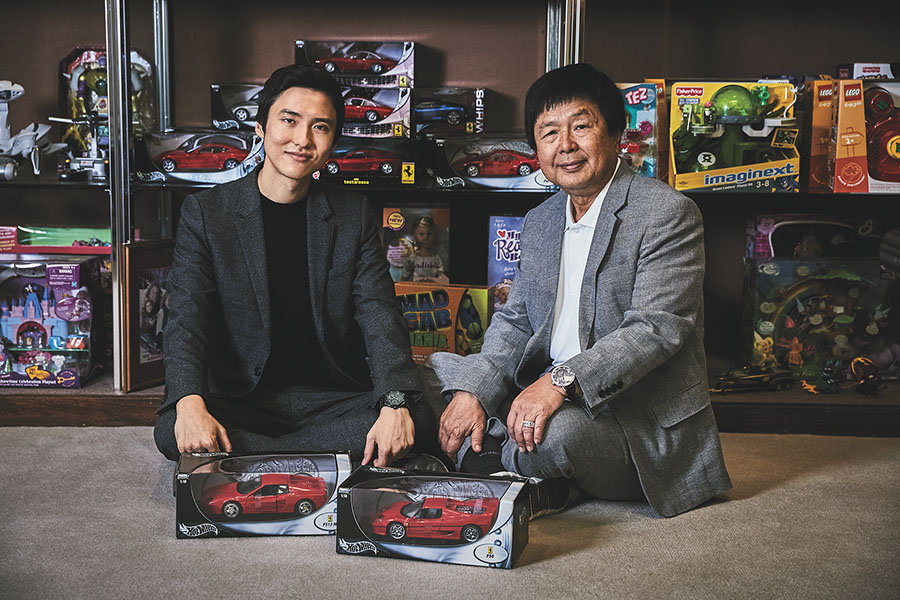 Francis Choi (right) with some of the many toys he has produced over the years. Now he’s hoping to make them eco-friendly as well as fun to play with. Son Karson (left) is taking a major role in developing the bioplastics business
Image: Gordon Lund For Forbes Asia

Toys are fun playthings for most, but for Hong Kong billionaire Francis Choi Chee-ming they are serious business—he claims his privately held Early Light International is the world’s largest toy maker by output. Toymaking is how he first got rich, but now his $6.6 billion net worth is based on a range of businesses, all under Early Light, such as automotive services, education, property, and the retailing of jewellery and watches.

His latest diversification? Green plastic. Over the last two years, the 73-year-old tycoon has invested $100 million of his own funds into building a five-storey, state-of-the-art bioplastic resin factory in Shaoguan, China. The building will house a joint venture he’s set up with a US firm to make environmentally friendly plastics, which are based on a bioplastic called NuPlastiQ. Production is expected to start later this year.

So far, the pandemic has not slowed either this new venture or Choi’s other businesses. As of early April, he says his factories in China—in Shenzhen and Shaoguan—have remained free of Covid-19 and his workers are mostly local residents. “Fortunately, we have no suspected or confirmed Covid-19 cases,” says Choi, who is chairman of Early Light. Choi says no existing orders have been cancelled so far.

Choi has survived many crises since founding Early Light in 1972, when he was just 25. He recalls sleepless nights during the Sars epidemic in 2003 worrying that an outbreak might hit his staff; it didn’t. Choi is not taking any risk this time, however, saying he has taken steps to monitor the health of his workers in China.

With no virus worries, Choi can go full speed ahead on his biodegradable plastic venture. Sitting in his office in the company’s Hong Kong headquarters, which he’s personalised with a 10 m aquarium and a mounted antelope head, Choi holds up what looks like an ordinary plastic shopping bag.

“This will be a huge business for us,” he says, in an interview held before the pandemic. The NuPlastiQ used to make this bag can be blended with conventional plastics to create more environmentally friendly toys or other items. NuPlastiQ ticks a number of eco-boxes: It is made from plant starch rather than petrochemicals, and can decompose naturally if disposed in a landfill or if left submerged in water.

To create synergies, the plant is a stone’s throw away from his nearly 2 million-square-metre toy manufacturing complex in Shaoguan. His US partner in the joint venture is BioLogiQ, based in Idaho, in which Choi is also a shareholder. Choi’s Shaogaun facility will not just make bioplastics for the toy factories next door, but will also churn out other goods using bioplastic, such as kitchenware, furniture and appliances.

Although Choi’s $100 million bet is modest compared to his $6.6 billion net worth, it is a savvy hedge against higher labour costs across China—up more than 70 percent on average over the last decade. To fight this, Choi has spent millions to automate his factories to reduce labour costs. So far, he’s managed to halve his total workforce to 40,000 today from 80,000 at its peak in 2008. (As a private company, Choi doesn’t reveal how much he’s losing or even what his revenues are, although he does acknowledge his margins are shrinking.) Choi is also being pressured by his China-only manufacturing strategy. Rather than diversify output to plants in Southeast Asia, as others did, he kept all his toymaking on the mainland. Choi insists this is the correct approach. The move to Southeast Asia, he says, reminds him of when Hong Kong firms four decades ago shifted production to Taiwan (when costs in Hong Kong rose). “After a few years, everybody moved back because Taiwan became too expensive, and it was difficult to find workers,” he says.

Thus his bioplastic gambit kills two birds with one stone. Choi is creating another revenue stream to diversify further from toys, and he’s moving upstream so he can control—and profit—from one of the main costs of his toy business: The plastic used to make them. Making more than just plastic for toys will allow economies of scale for the facility. “We’ll be in production [this year] for sure.” says his son Karson Choi, 34, who is vice president of Early Light. “Once everything is stable, we’ll mass produce.”

Bioplastics is a promising growth market, as environmental awareness rises worldwide. In 2019, the global bioplastics market was worth $7 billion, and should grow by 16 percent annually for the next five years, according to researcher Fortune Business Insights based in Pune. Choi is betting he’ll be able to ride that growth.

“In the future, the world needs this [bioplastics],” says Choi. Demand is rising for green plastic to be used in toys along with other products. “A large number of toy companies have been adapting sustainable materials, not just in respect to the toys, but also the packaging,” says Jim Silver, CEO of New-York based toy review site TTPM (Toys, Tots, Pets & More). Hasbro, Lego and Mattel are among those that have publicly committed to switching to greener materials for their toys.

Yet the bioplastics market is also competitive, including output from multinationals such as Cargill, Japan’s Mitsubishi Chemicals and France’s Total. Bioplastic margins are lower than those of traditional plastics due to higher costs to make them, says analyst Himanshu Vasisht at India-based research firm Mordor Intelligence. “As an emerging industry, they [bioplastic firms] almost universally lose money,” says Ken Furst, polymers practice leader at Ohio-based research firm Freedonia Group. Profitability “depends on greater adoption of the material, or big contracts with consumer packaged goods”, says Furst.

Choi’s confident the joint venture will pay off, although he’s reluctant to discuss in detail his competitive advantage or cost structure. He does say, however, that his NuPlastiQ-based plastics can be sold at a premium, due to a “secret formula” that makes them superior to the competition. Son Karson also promises that they’ll soon make “double digit” profits on the new business. His markets, after all, include mainland China, and the rest of Asia. “Once you bring a business to China, the volume gets bigger,” says Karson. 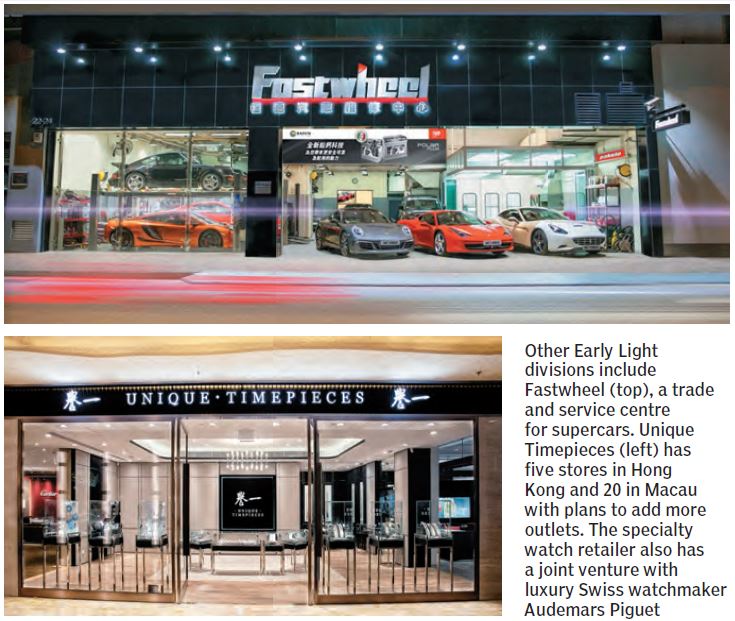 Choi’s partner BioLogiQ was founded in 2011 by Idaho entrepreneur Brad LaPray, who remains CEO. Choi’s been planning this move since 2017 when he first invested in BioLogiQ (both his stake and amount invested are undisclosed). Then Choi held 18 months of negotiations to launch the joint venture in Shaoguan. In the US, BioLogiQ uses starch from potatotes to make NuPlastiQ, but for the plant in China, says Karson, starch can come from Chinese corn or Southeast Asian tapioca. “We need to source lots of material,” he says.

So how does Choi compare bioplastics to his toy business? “These are much better toys!” he exclaims.

Tweets by @forbesindia
Photo of the day: Sanitisation and salvation in Ayodhya
In a first, Facebook takes down Trump's misleading Covid-19 video