For many, the coronavirus pandemic brought with it a never-seen-before struggle to survive. As incomes dried up their fighting instinct kicked in and they learnt several lessons along the way. Now, as the world slowly opens up, they hope to secure a stable future for them and their families

Design Director, Forbes and Forbes Life India, typography/design buff; Home chef; loves blues & rock 'n roll; biking; traveller and a foodie! A sucker for typography, striking visuals, a perfect colour palate and the right choice of type are always top on my checklist.I love conversations on design, be it conventional or out of the box; classy or anarchic; cleaner or clutter; print or digital; product or industrial. Would love to connect from time to time. 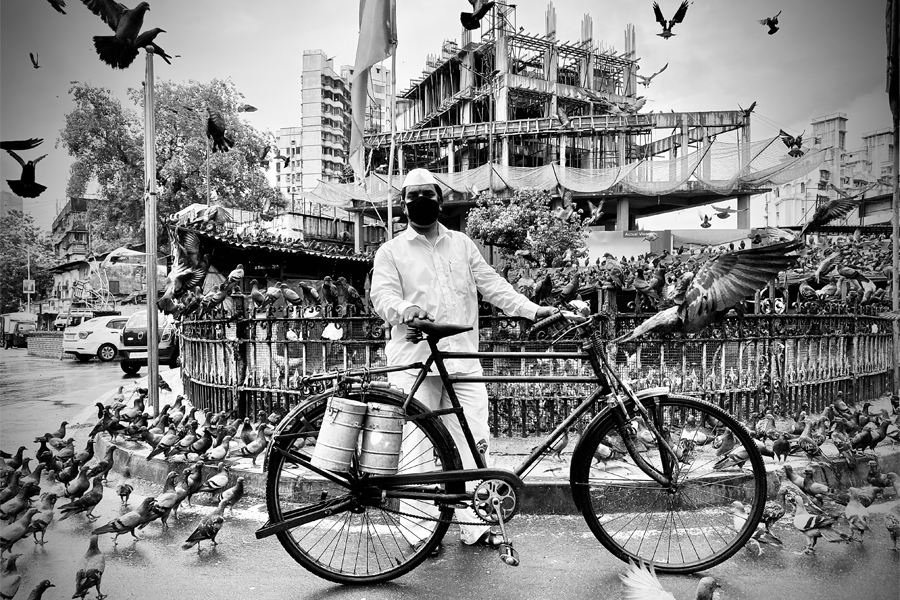 Vinod Chorge, Dabbawala
Age: 37
Residence: Vakola, Mumbai Survival and struggle: The dabbawalas have been the lifeline of Mumbai since 1890. Dressed in white shirts, trousers and Gandhi caps, about 5,000 dabbawalas cater to 200,000 Mumbaikars, ferrying lunch from their homes to offices every day with unmatched punctuality. Vinod Chorge handles 12 to 15 customers and earns Rs 15,000-16,000 a month. His wife works at a garment manufacturing unit. As the pandemic hit, almost 50 percent of the dabbawalas returned to their native places, mostly on the outskirts of Pune (Maval, Mulshi, Rajgurunagar, Ambegaon, Khed, Ahmadnagar etc). There was no work and no income either.   Chorge’s meagre savings of Rs 12,000-15,000 weren’t sufficient to pay the rent and make ends meet. Organisations known to them such as Long Range System India Pvt Ltd and Paper & Parcels Courier Service helped the dabbawalas with groceries during the lockdown, but it wasn’t enough. Chorge also helped with distribution for these companies. “My elder brother has three kids and our parents live with him. He has his own family to take care of… how can I ask him for help in such times?” says Chorge, who also sold vegetables during the lockdown which helped him earn about Rs 500 a day after putting in 12 hours. He even managed to connect with an entrepreneur who runs a vegan meal service and wanted him to handle a small distribution network. However, due to non-availability of cooks and workers, it didn't work out. Plans: Chorge hopes normalcy returns soon and looks forward to resuming his life of pre-pandemic days. He is eagerly waiting to meet his dabbawala friends and colleagues, and work with them. 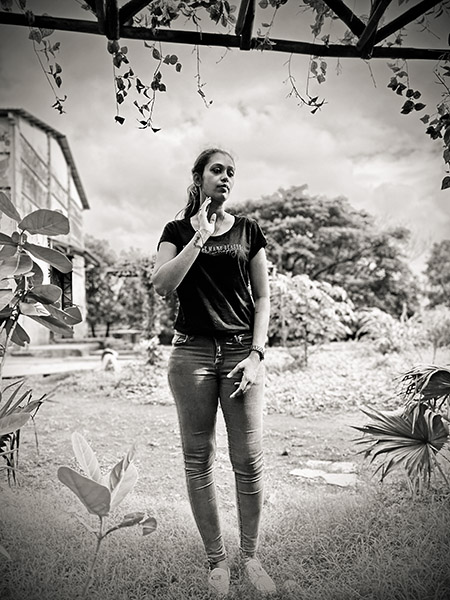 Survival and struggle: The only daughter in a conservative family, Nehal Kholakiya moved out of her family's home in Borivli in Mumbai to become a dancer in Bollywood. She did not have professional training, but believed dance came naturally to her. For the last eight years, she has been working as a background dancer in movies, including the recent Baaghi 3, and earns Rs 30,000-40,000 a month for a 10-15-day film shoot. Since January—when she shot last—she has been out of work although she carried on with her rehearsals. Shooting came to a halt in March, which brought stress and confusion. Living away from her family meant Kholakiya had to deal with the lockdown and its consequences alone. The dues for her last few assignments came only in April, and her survival depended on her savings. Even those were wiped out due to an unforeseen medical emergency. But she did not seek help from her family. Noted choreographer Ganesh Acharya helped her with food and essentials while actor Salman Khan’s Being Human Trust also deposited some money in dancers’ accounts. Plans: Having experienced the uncertainty of her profession, Kholakiya still wishes to pursue dancing, but wants to have a steady income on the side by setting up a dance class. She would ideally like a job in the Middle East where there is a demand for dance teachers, but knows the road ahead won’t be easy once she’s in her mid-30s. She would rather enjoy marital bliss, she says. 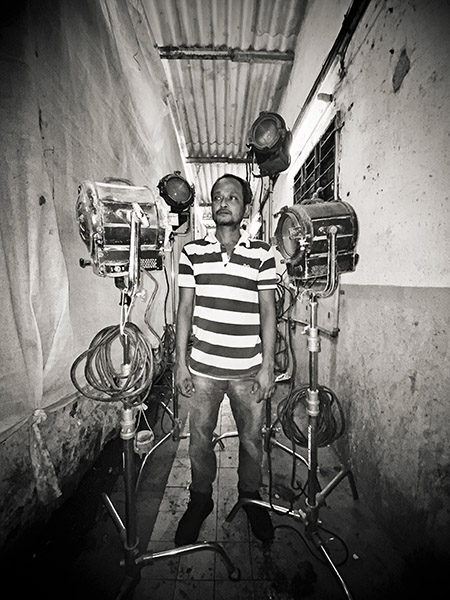 Survival and struggle: For 18 years, Arkasingh Gurkha has been working for a popular lights and studio rental company which deals with photography and advertisement-related work. The company has about 30 employees—most of them from Konkan, Uttar Pradesh and Bihar—who went back to their native place after work came to a halt because of the lockdown. Survival became tough as there was no income.

Gurkha last attended a shoot on March 14. Before the coronavirus outbreak, he would earn `15,000-16,000 after working for 15-20 days a month. During the lockdown, his company helped him with minimum wages, but it was hardly enough to support his family of six—wife and four children. Through his connections, he managed to work as an electrician for the municipal corporation which was setting up Covid centres in schools, colleges and guest houses. The contract job of looking after electrical fitting and installations fetched him Rs 500 a day. In the absence of savings, he sought to earn more money by setting up a makeshift shop in his neighbourhood and selling essentials such as vegetables, bread and eggs. The money he earned was miniscule, but it gave him some comfort. Plans: A man of few words, Gurkha is confident of tiding over the crisis and earning well again. Supporting his family and keeping them safe are his top priorities right now. He knows his work experience will always come in handy and hopes to soon be back on a set where he’s happiest. 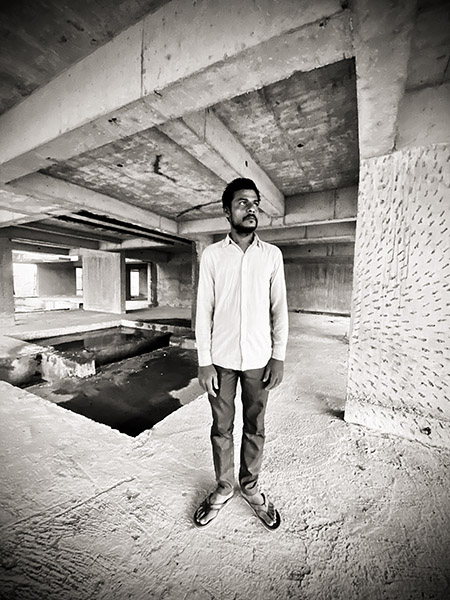 Survival and struggle: As if dealing with the woes of the lockdown was not enough, Mukesh Mulla’s home on the outskirts of Kolkata was damaged by Cyclone Amphan. He has no idea how he will rebuild it given that he has no income now.

Mulla came to Mumbai a couple of years ago and works as a daily-wage construction worker at a residential building site in the suburbs. He earns Rs 20,000-22,000 a month and supports his family of six, which includes his wife, mother and three children. Since March, he hasn’t been paid his wages and his life is filled with uncertainty. He tried to do some odd jobs to make money, but couldn’t find anything because of the lockdown. His wife works as a house help in a neighbourhood apartment and her income has kept the house running. The people she worked for also helped her with additional money, so that came as a relief, but the struggle has been enormous. Plans: Once he resumes work, he wants to return the money of those who helped him. He has an outstanding loan of Rs 30,000, but people have told him to pay as and when he has money. He also wants to enrol his eldest child in a school. Mulla wants to make extra money so that he can take his family out for a meal and sightseeing, but that is a far-fetched dream. 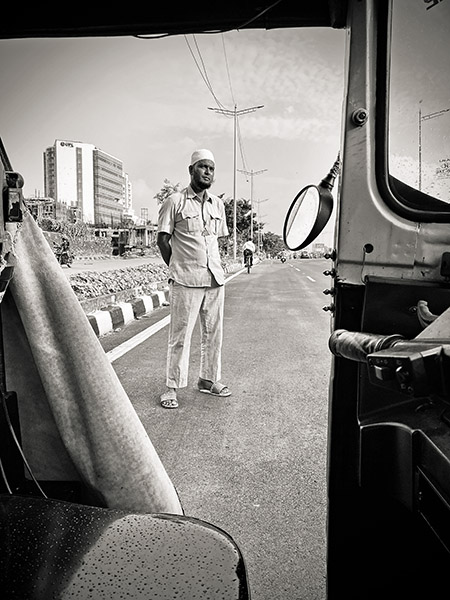 Survival and struggle: Arfan Mousam Shaikh came from Kolkata to Mumbai in 2000 and has been driving an autorickshaw since 2002. However, since the lockdown was announced in end-March, Shaikh hasn’t been able to earn money. With a family of seven dependent on him, he couldn’t afford to sit at home. So he got in touch with some grocery shops and started delivering essential goods from one neighbourhood to the other.

However, to his dismay, he was fined by traffic cops several times as three-wheelers weren’t allowed to ply on the roads. Shaikh continued taking a chance to make some money, and even ferried a few patients to hospitals during the crisis. With the help of his son, he also set up a stall to sell onions, potatoes, bread and milk. But the money earned hardly lasted for a few days. The non-payment of loan instalments for two months for his three-wheeler has compounded his misery. “The stress is here to stay for a long time,” he says. His eldest son, who also drives an autorickshaw, also has to repay his loan. Plans: Shaikh aspires to set up an alternative business to earn additional money, but first he has to cover the losses he has suffered during the lockdown. He has also had to put his daughter’s wedding on hold due to lack of money. He now wants to ensure his daughters complete their education. One of them wants to join an air hostess academy and Shaikh is willing to move mountains to ensure she joins the cabin crew of an airline some day. 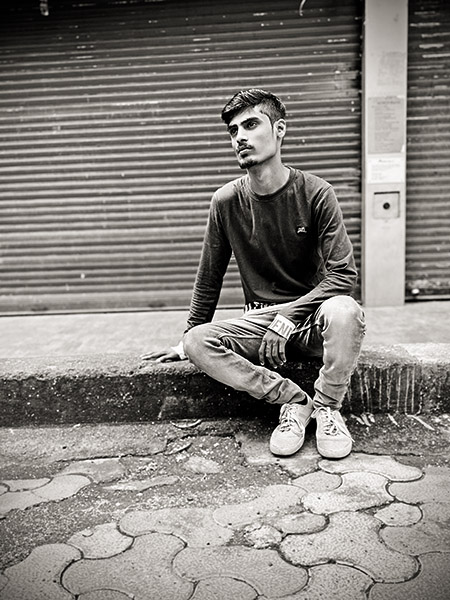 Survival and struggle: The sole breadwinner of the family, Nigel Faria worked as a waiter/bartender with a restaurant in suburban Mumbai and earned Rs 10,000-12,000 (including tips) a month. The nationwide lockdown since March meant there was no income. After much persuasion, the restaurant paid him half his wages, which were released only in April-end. But it wasn’t enough to sustain his family of four. His retired father’s pension came to the rescue, but he wished he had more money. Some of his colleagues returned to their homes in Kolkata, Odisha and Kolhapur, but Faria had to fight it out here.

Along with his friends he tried selling vegetables for a couple of weeks, but they didn't earn much. Whatever money they got was spent on their daily needs and essentials. His savings lasted him only for a month. What made matters worse was that he had bought a mobile phone on instalment and was unable to pay his dues. A close friend did that for him and he is grateful for that. Plans: Faria is unsure if he wants to return to work as his employer did not support him during the lockdown. He hopes for a better opportunity and a stable pay. Ideally, he’d like to move out of the country with a similar job, but for now this sounds like a distant dream. He knows the post-Covid world will brings its own challenges. Coordinated by:  Ameya Damle, Inega Talent & production

Tweets by @forbes_india
Covid-19 Dictionary: The A to Z of the dreaded disease
Jose Arias: The social media marketer, who is growing his business even amidst a pandemic