A look at some teams going out of their way to ensure the smooth functioning of banking, IT and health services during the pandemic

Design Director, Forbes and Forbes Life India, typography/design buff; Home chef; loves blues & rock 'n roll; biking; traveller and a foodie! A sucker for typography, striking visuals, a perfect colour palate and the right choice of type are always top on my checklist.I love conversations on design, be it conventional or out of the box; classy or anarchic; cleaner or clutter; print or digital; product or industrial. Would love to connect from time to time. 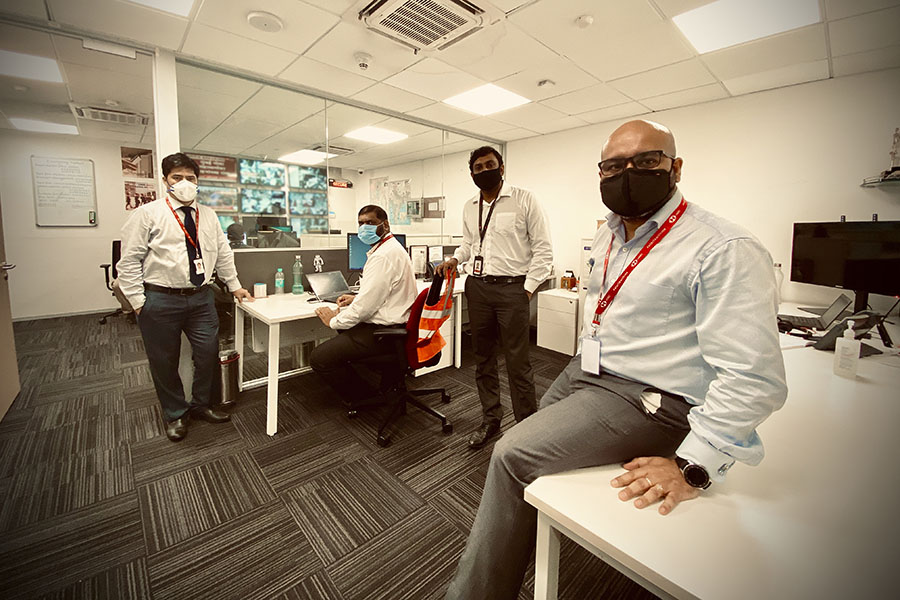 HSBC India HSBC India began preparing for the pandemic as early as January. It formed a multi-functional crisis response team and conducted daily reviews to identify gaps across the IT and health and safety aspects. A business continuity plan was made for its branches in the country. Additional laptops and virtual desktop infrastructure were arranged and moved across states so that its staff could work from home. In fact, it chartered a cargo plane to deliver around 600 laptops to its service centre in Bengaluru to ensure there is no disruption in banking services. The bank’s staff in Pune worked all night—while following social distancing norms—to ensure the laptops were packed and couriered. In addition, internet bandwidth and VPN capacity were enhanced. New collaboration tools were introduced to support ease of video conferencing. Safety measures such as temperature screening and training security staff on Covid-prevention measures were also taken. The bank even prepared its staff to return to work by following government guidelines. In fact, Pawan Kumar from the IT team came to work and participated in late-evening calls to provide support to the staff although his daughter was hospitalised. Coordinated by: Ameya Damle, Inega Talent & Production 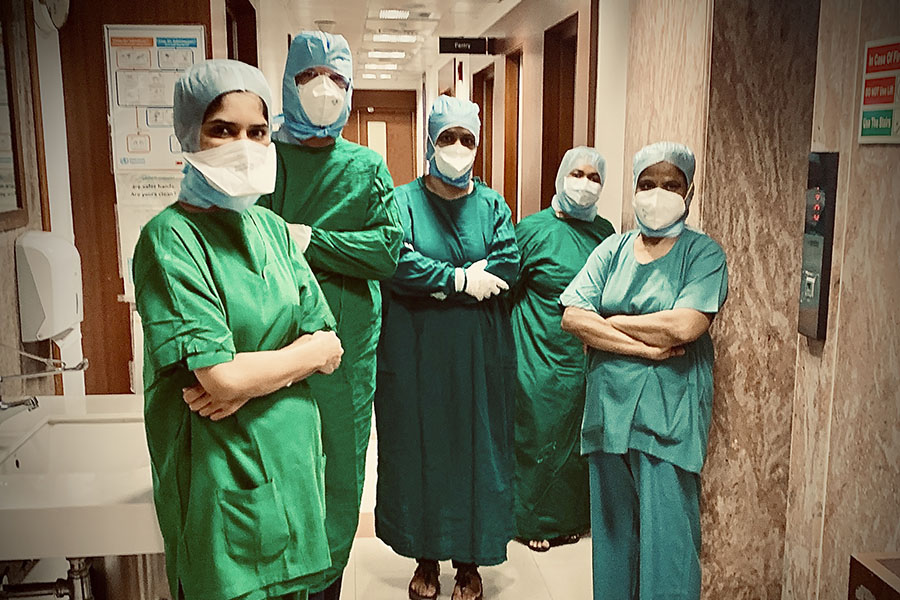 (From C left): Dr Priyanka Patil, infection control officer; Dr Rohit Barman, physician; Dr Khyati Shah, physician; Dr Aruna Pujari, microbiologist; Sister Renu Michael, infection control nurse
Breach Candy Hospital Trust The Breach Candy Hospital Trust has been fighting the Covid-19 pandemic in an aggressive, but sensitive manner under the leadership of Dr Geeta Koppikar, medical director. It set up a Triage OPD in the premises outside the main building that is managed by a doctor, nurse and a lab technician. Any suspected coronavirus patient can undergo clinical examination and necessary tests, and also settle the bill at the counter there. This has helped alleviate anxiety and fear among patients in the main building. Apart from this, the hospital has ensured that the morale of its staff remains high. A doctor tells Forbes India that those battling the virus also have to deal with a huge emotional and psychological impact. So, the hospital emphasises on holistic care of its patients. Recently, the staff was thrilled to see a 96-year-old woman recover from the coronavirus. The nonagenarian had breathing difficulty and fever, and had bilateral pneumonitis. This has given them greater vigour to take utmost care of their patients. 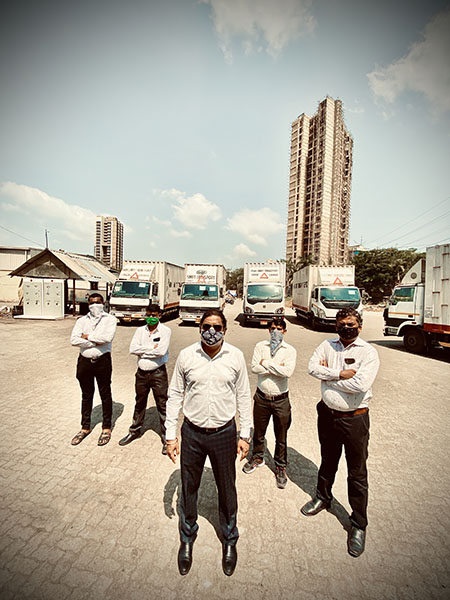 Swift Transport The 20-year-old company from Bhandup, Mumbai, with 75 vehicles and 150 employees proved to be of immense help during the crisis. It offered services to most government hospitals, including Kasturba, JJ and Nair, by transporting everything—from medical freezers and air conditioners to water and air purifiers. The team even delivered groceries and essential supplies to most branches of the Future Group—which runs supermarket chain Big Bazaar—in Mumbai and on the city’s outskirts. In fact, the Swift team replaced and installed a medical freezer (used to store blood samples, medicines and vaccines) at Kasturba hospital in a day's time after it had stopped functioning. At Miraj, almost 500 km from Mumbai, it fixed a dysfunctional cooling system at a morgue overnight. “It’s our privilege that we can contribute to society,” says Borade. 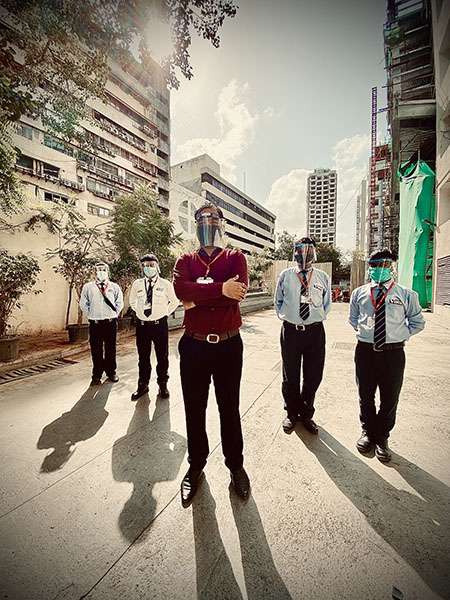 V4 Cadet Secure  The absence of housekeeping services during the lockdown was making matters worse at a vast residential complex in south Mumbai. The V4 cadets stationed there took charge of cleaning and sanitising the premises every day. Many workers were stranded in some portions of the complex that were under construction. The team educated them about safety precautions that needed to be taken during the pandemic and even provided medical assistance to some who suffered from exhaustion. During the second phase of the lockdown, about 1,200 construction workers had to be evacuated. The situation was ably handled by V4 cadets although they had to face aggression and manhandling from some labourers who were desperate to return to their villages. The company provides transport facilities to its staffers apart from ensuring they follow safety norms. 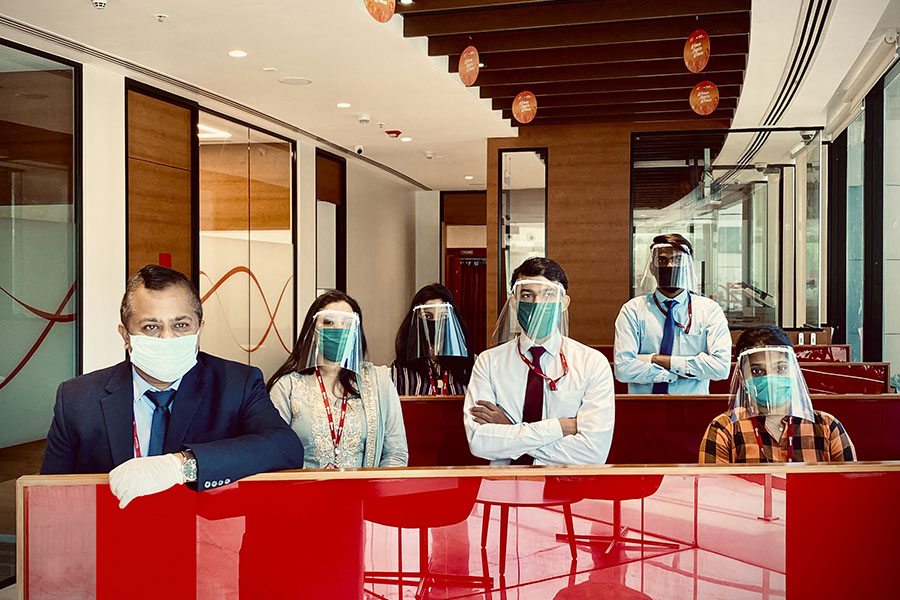 (From left): Siddharth Das, AVP & branch head; Fatima Khan, branch operation manager; Sakshi Mishra; Deepak Bhagat; Dev Akshay Rathod; Pooja Ghag Kotak Mahindra Bank  One of the bank’s customers had to pay salaries to his employees during the first phase of the lockdown. However, he could not because he neither had access to net banking, nor his cheque book. Looking at the urgency of the situation, the bank’s internal team took immediate approvals and processed salaries against basic digital/scanned documents. They even processed vendor payments of clients with a similar process.  Another customer had to do an urgent outward remittance (form of foreign exchange by a person from India to a beneficiary outside the country), but could not visit the branch because of the lockdown. One of the bank’s executives visited him personally to collect the form and completed the transaction. The thank you notes later made the team happy. The back-end team has been working to develop new online/digital systems and techniques to make banking seamless in these uncertain times.