With a surge in viewership during the lockdown, most digital platforms feel big movies will also opt for online-first releases in a post-Covid-19 world 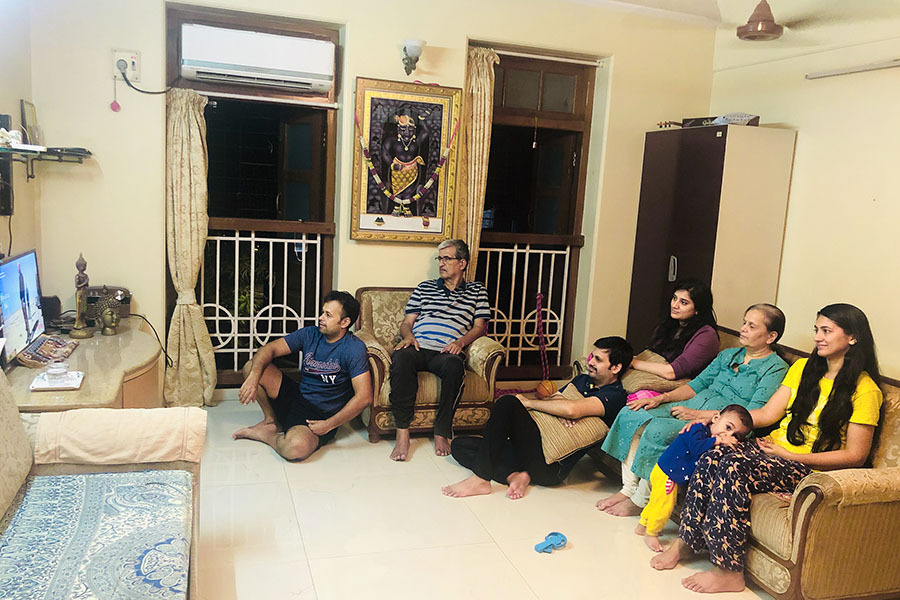 Almost every Saturday evening, Rohan Paleja is at a theatre in South Mumbai, watching the latest film with his wife Vishakha and friends. However, since March 24, when the lockdown came into effect in the wake of the coronavirus pandemic, the businessman dealing with textile interlinings finds it hard to distinguish between weekdays and weekends. Instead of his daily commute to his factory in Bhiwandi on the outskirts of Mumbai, the resident of Gowalia Tank near Grant Road now spends his mornings looking after his sons Yug (3) and Vir (1). What has not changed, though, is his love for devouring content. With theatres shut, Paleja now binge-watches shows and movies on over-the-top (OTT) platforms on most evenings, often with his entire family. “I prefer watching OTTs over television [TV] because I can choose what I want to see. Besides, these platforms provide varied and quality content with fantastic visuals and rich storytelling,” says Paleja, who is in his 30s and has seen Money Heist, Fauda, Special Ops, Panchayat and Hostages, among other series during the lockdown. “It’s taken me back to my childhood days when we, as a family, would regularly watch TV together.” He admits that he would catch up on OTT shows even during his travel to work, but the frequency has increased these days as there is more time at his disposal. Vishakha is only glad with the time spent together. “It’s strengthened our family bond. On regular days, it’s almost impossible for all of us to step out together because of everyone’s busy and erratic schedule. This has brought us closer as we soak in the atmosphere at home and enjoy multiple shows,” she says. In the absence of other avenues of entertainment, OTTs have benefited during the lockdown, adding subscribers and gaining more viewers on various shows. “Our overall subscription grew by 2x in the last couple of months and we also saw huge engagement from our existing consumers during the Covid-19 pandemic. Also, we witnessed content consumption throughout the day as people were at home all day,” says Rahul Maroli, senior vice president and head-subscription video on demand at Zee5. Nachiket Pantvaidya, CEO, ALTBalaji, and group COO of Balaji Telefilms, concurs, saying the platform even acquired audience from non-metros during this period. “We grew from a base of 10,000 subscribers every day to 15,000 to 20,000 subscribers daily in the past 40 days. We are seeing newer audiences coming in, especially from tier II and III towns,” he claims. A recent report by Broadcast Audience Research Council-Nielsen suggests TV viewership recorded 1.10 trillion viewing minutes and grew by 24 percent in the week starting May 2 compared to pre-Covid-19 levels. Smartphone-based consumption continues to be at about 4 hours per day, 14 percent higher than before the lockdown. The unprecedented national lockdown meant shootings for films and TV serials came to an abrupt halt and fresh content could not be created. With streaming platforms seeing increased viewership across age groups, and on connected devices, they had to alter their strategies during this period. “There has been greater interest in OTTs because, unfortunately, TV has not been able to cater to the audience with new episodes during the lockdown,” says Aparna Acharekar, programming head at Zee5. She says the platform came up with a lockdown special called Bhalla Calling Bhalla—a series of four episodes, each with a running time of 10 minutes. It was shot entirely at home and a second season is ready as well. “We also went about editing content that would otherwise have been for audience in the 18-plus age group. For instance, we had two versions of Mentalhood on our app—one of which was for family viewing.” 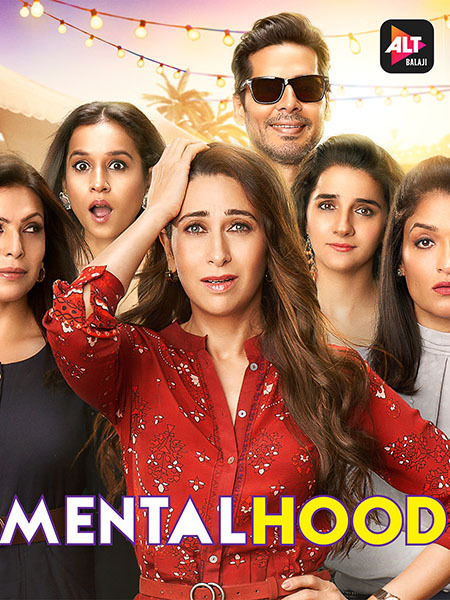 Two versions of Mentalhood are available on Zee5, one made for family viewing

Neeraj Roy, founder and CEO, Hungama Digital Media, says the first two weeks of the lockdown saw an enhanced form of consumption that was driven by news about the coronavirus. But fatigue crept soon after. “People started moving away from broadcast news. OTTs had an added advantage not just because theatres were shut, but also due to television [content] drying up. Also, OTT consumption started moving out of personal, private devices to the living room. We went much shorter in our narrative and storytelling,” he says, adding that they gave free membership for a month or two after seeing a substantial rise in subscriptions. There was also a twist in the tale. Filmmaker Shoojit Sircar created a flutter during this period by announcing that his film, Gulabo Sitabo, starring Amitabh Bachchan and Ayushmann Khurrana, will release on Amazon Prime Video on June 12. Though it was meant for a theatrical run—a release was scheduled for April 17—Sircar felt it was an apt decision as there was no clarity on when theatres will reopen. Multiplex chains such as Inox and PVR, however, slammed the move, and expressed their disappointment and displeasure. OTT players Forbes India spoke to are watching the trend closely and claim to have many movies lined up for acquisition on their platforms. Most agree that cinema and the digital medium will coexist. “It’s not in anybody’s interest to bypass the theatrical experience. It’s the studios and producers, who don’t have the power to hold on, who are exploring these avenues. It’s a bit early to comment on this… but the experience that they get in these days will determine how it goes,” says Gourav Rakshit, COO, Viacom18 Digital Ventures—which has Voot as its video-on-demand service (Viacom18 is a part of Network 18, the publisher of Forbes India). Acharekar believes what one sees now may be short-lived, and the entire industry will learn from the journey. “For a while now, a lot of medium-budget films got a new lease of life because of OTTs. The festival releases will continue to be dominated by the big guns. But things have changed… and it’s not an overnight phenomenon,” she says. 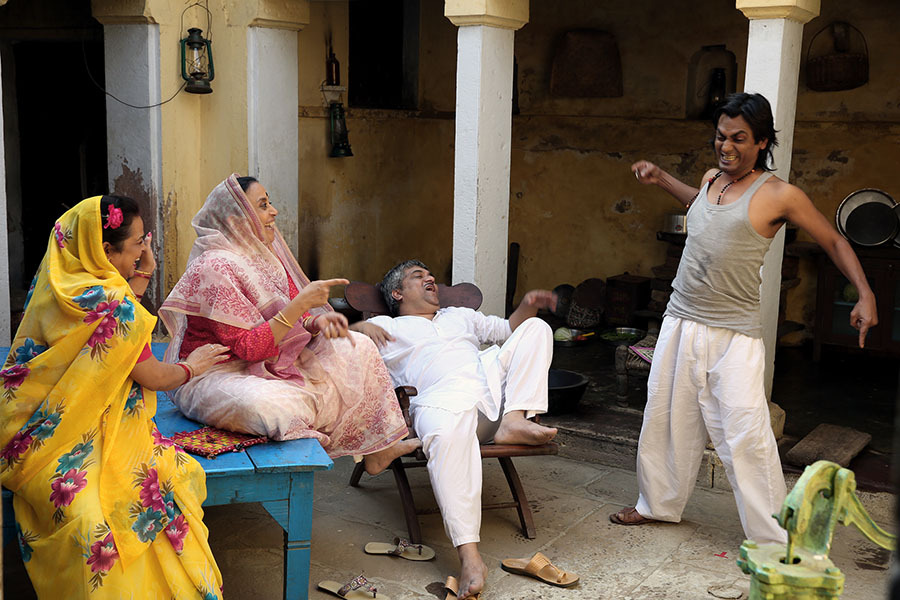 Ghoomketu starring Nawazuddin Siddiqui had a digital release in May Filmmaker Pushpendra Nath Misra, who released his debut film Ghoomketu on Zee5 on May 22, also believes that with advanced technology in home devices, including TVs and projectors, more producers will prefer the streaming-first option for their movies. It gives them a wider reach, and gives people the flexibility to watch them at their own convenience. “People’s value for time has increased,” says Misra, who also wrote and directed Taj Mahal 1989, a web series that released on Netflix in February. “But theatres won’t lose their glory and charm,” he emphasises. The post-Covid-19 world will bring with it a lot of uncertainty and people may be sceptical about visiting crowded places even when theatres reopen. Such a situation provides an opportunity for OTT players to build on their subscriber base and offer diverse content, including originals and movies. “The writing is on the wall. As you progress, you will see big-budget films opting for a direct digital release. The trend has started and it will only pick up,” says Maroli.

Regular moviegoers like Paleja, however, feel the theatrical experience will remain an intrinsic part of their lives even as the digital medium continues to provide entertainment on the go. “I will go back to watching films like I used to earlier once the theatres reopen. Nothing can replace the joy of watching a movie in a packed cinema hall,” he says. Adds Vishakha: “It’s an altogether different experience to watch a blockbuster on the big screen. Some things are meant to be watched on 70 mm... there’s a thrill in that.”There are about 40 OTT platforms in India and the market is expected to grow at 21.8 percent compound annual growth rate from Rs 4,464 crore in 2018 to Rs 11,976 crore in 2023, according to PwC’s Global Entertainment & Media Outlook 2019-2023. But it will be a challenge for these players to win over and retain customers once life goes back to normal. “The successful acquisition of new consumers will only bear fruit if there is a content pipeline that will come out fast,” says ALTBalaji’s Pantvaidya. Rakshit claims their platform has seen an over-100 percent increase in subscription during the lockdown, but they’ll have to make adjustments in the near term as advertising revenue is still tight. “By the end of the year, we will be fine. It’s more about tactical adjustments for the near term than a tectonic shift in strategy,” he says. “With any digital business, retention is the key.” Hungama’s Roy only sees the positives. He says while 2017-18 brought OTTs to the attention of early adopters, these (Covid-19) times have pushed them into the mainstream. “I believe that four or five years down the line, it’s a 600 to 700 million consumer market. At Rs 75-100 a month for a subscription—broken into three or four services—half the population has the capacity to buy subscriptions.” 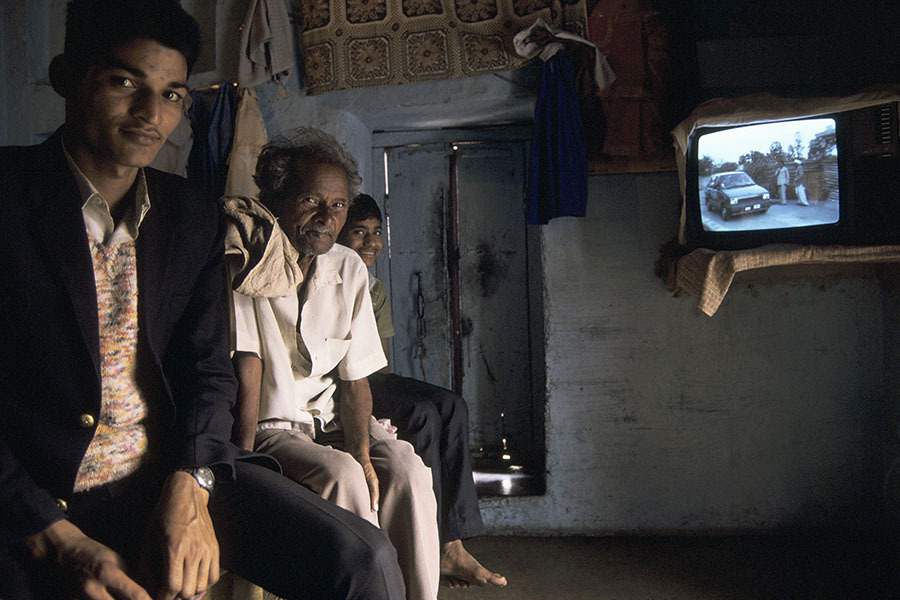 Tweets by @forbes_india
Covid-19: Meet those who are lending a helping hand
Nadal not yet ready to travel for U.S. Open