India's COVID-19 cases have plummeted, but is a new wave coming?

While some hope the worst might be over, lapsed vigilance, cold weather and the festival season could spark a resurgence 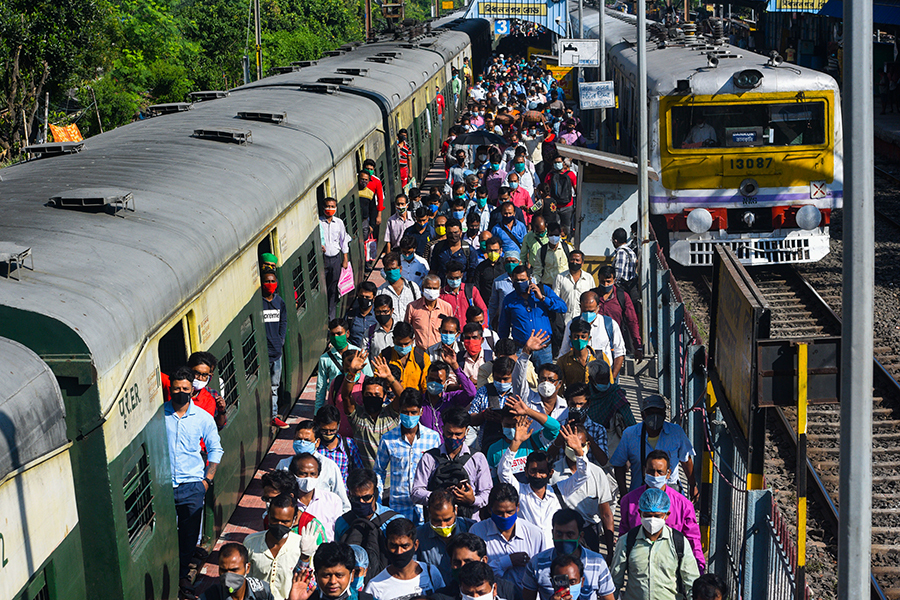 Commuters travelling in large numbers as suburban train services resume in the state, at Bidhannagar Station on November 11, 2020 in Kolkata, India. Train services coming under the jurisdiction of the Eastern and the South Eastern Railways started during the early hours after being suspended in March due to the coronavirus outbreak in the country. Image: Samir Jana/Hindustan Times via Getty Images