Three of India's leading business cities continue to register spikes in coronavirus cases. In a three-part series, we look at what they can do to set their wheels of socio-economic activity back in motion 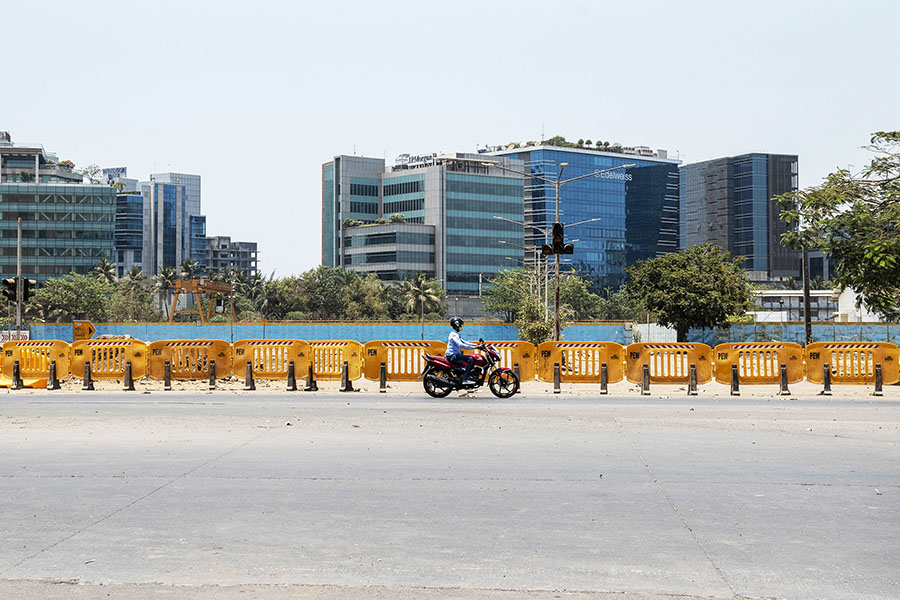 Mumbai, India's financial hub, is the worst-affected among cities in the country, with 17,512 cases of coronavirus as of May 15
Image: Aalok Soni / Hindustan Times via Getty Images

In Jeevan Nagar in Mumbai’s Andheri West, Manna Khan Pathan, who works as a domestic help, is sitting outside while her granddaughter cleans their house. A couple of weeks ago, thermal screening was carried out in the area by the authorities who also did pulse oximetry for those over 65.

“We used to have a doctor coming in for a couple of hours every day, but about 15 days ago, we told him to stop coming since we don’t know which other clinics or areas he had been going to,” Pathan says.

While she might get paid for the period she has been at home, it is not the case with lakhs of people who live and work in the dense slums of Mumbai, India's financial hub, whose struggles under lockdown are among the most unique globally. The city's army of informal workers, rendered jobless under the lockdown and living in cramped housing, steps out every day to access basic utilities—from water to a washroom—amid fears of rising infections that a stretched public health care infrastructure is ill-equipped to handle, bringing into sharp focus the close co-relation between health care, urban planning and economic activity.

Mumbai had 17,512 cases of coronavirus and has seen 655 deaths, as of May 15. It is the worst affected among cities in the country, because of which the Uddhav Thackeray-led state government has extended the lockdown till May 31.

Ramped up testing, more hospital beds and increased medical personnel are some of the measures the newly-appointed BMC Commissioner Iqbal Chahal announced in Mumbai a week before lockdown 3.0 was to end on May 17. The objective: To ensure the doubling rate of the infection increases to 14 days from the current 10 days by May 20.

“Mostly we are finding asymptomatic patients, so it is extremely difficult. But when they are asymptomatic, the cure rate is also high," says Archana Walzade, under secretary, department of public health, government of Maharashtra.

The high population density of Mumbai remains the civic body’s biggest challenge, whether it is families living in small cramped flats, or in slum areas that are more vulnerable to infection and spread. “When you have six people in a room and you have community toilets, where there is a lack of space and people are already susceptible because of poverty, overcrowding and malnutrition, infections like tuberculosis are also quite high,” says Dr Anant Bhan, a researcher in global health, bioethics and health policy. In such a situation, it is difficult to follow measures laid out for a virus like Covid-19. “If you don't have safe water supply, if your water supply is at a hand pump which is a kilometre away, and which comes once a day at 4 am, everyone's going to crowd around that. If you only have community toilets for a large population, then obviously people will need to go and access it.”

This situation—where 50 percent of the population lives on 25 percent of the residential land of the city—is something that has been years in the making. Until Mumbai was an industrial city, industrial capitalists had an interest at stake in keeping land values in the city in check considering higher land values would mean upward pressure on wages due to higher costs for accommodation and travel. Since the ’80s, planning in Mumbai shifted dramatically towards the real estate and development paradigm, as opposed to the public health and environmental safety paradigm, points out Hussain Indorewala, who teaches planning theory, housing and humanities at the Kamla Raheja Vidyanidhi Institute for Architecture in Mumbai. Redevelopment meant pushing people into smaller and smaller areas, skirting light, ventilation, open space and other norms. “If public health is an important concern in the city, one has to start thinking seriously about the way in which housing is conceived in cities,” he says, adding that this will have to change dramatically.

Covid-19 has shown that not having health security impacts everything: Our daily life, our way of living and our financial security. “Health security is key to any other security, and if we don’t take that to heart and just go back to square one as soon as this pandemic gets resolved, then we wouldn’t have learnt,” says Bhan.

Corporates and businesses in Mumbai have been putting in norms for work from home and hygiene practices at factories and offices, and preparing for fewer people actually going in to offices. “From the factory level to the depots, we have created awareness by communicating to workers, verbally as well as visually, about hygiene and sanitation,” says Krishnarao Buddha, senior category head-marketing, Parle Products, which has 130 factories across the country and a vast distribution network. Retailers too have been asked to pick up products in specific time slots from distributors to maintain social distancing.

In Mumbai though, jobs for the informal sector started drying up as early as March 15, says Marina Joseph, associate director at Yuva, a nonprofit that works with unorganised labour and did a Rapid Needs Assessment survey just before the lockdown was imposed. “More than it being a health crisis, the lockdown is a humanitarian crisis. The fact is that right now if the Maharashtra borders are choked with labourers trying to escape, it’s because they are not being given basic food to be able to survive here which is pushing them to make these death walks.”

With two months of being without any money or wages, the informal sector will want work the moment the city opens up. But the re-opening has to be well thought out because any misadventure right now might result in a rebound surge that could be worse than the initial surge. Besides, the impact of distancing will affect the work of everyone from domestic workers to street vendors, and it will be crucial to support the most vulnerable.

“Let’s open up with extreme care and in the meantime ensure that we support those who might be vulnerable. Because there is going to be a major push from there, that we have suffered enough and we need access to financial resources or the ability to be able to earn,” says Dr Bhan.

Because everyone is dependent on everyone else, and everyone contributes to the economy of the city, it is in the interest of Mumbai to think of itself as a collective while working towards minimising the impact of the infection, he adds. “Because one infection still left out there could easily spread to many more people.”

Tweets by @forbesindia
Hertz, car rental pioneer, files for bankruptcy protection
Behind the NYT front page: The project behind a front-page full of names