The study, to be released Thursday, is the first comprehensive examination of coronavirus misinformation in traditional and online media 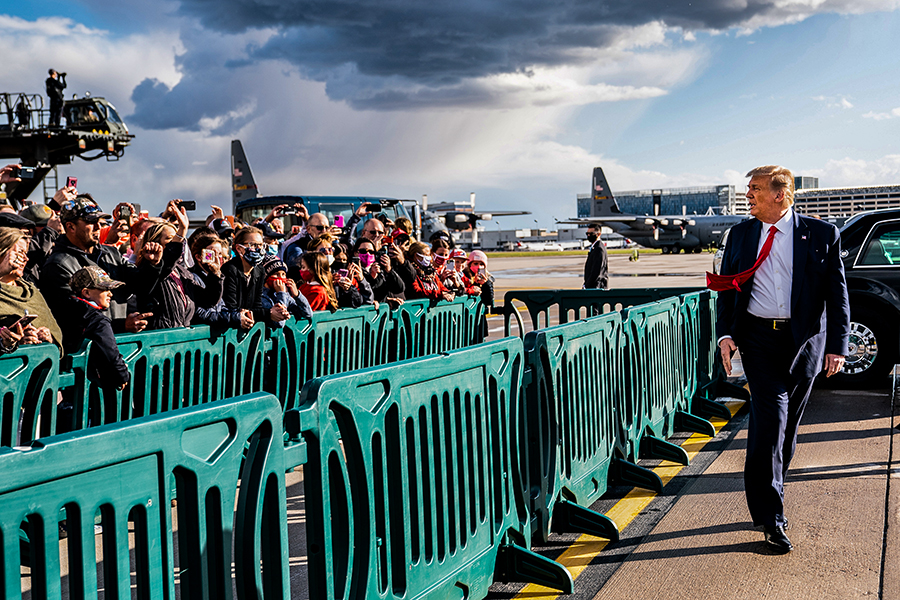 WASHINGTON — Of the flood of misinformation, conspiracy theories and falsehoods seeding the internet on the coronavirus, one common thread stands out: President Donald Trump. That is the conclusion of researchers at Cornell University who analyzed 38 million articles about the pandemic in English-language media around the world. Mentions of Trump made up nearly 38% of the overall “misinformation conversation,” making the president the largest driver of the “infodemic” — falsehoods involving the pandemic. The study, to be released Thursday, is the first comprehensive examination of coronavirus misinformation in traditional and online media. “The biggest surprise was that the president of the United States was the single largest driver of misinformation around COVID,” said Sarah Evanega, the director of the Cornell Alliance for Science and the study’s lead author. “That’s concerning in that there are real-world dire health implications.” The study identified 11 topics of misinformation, including various conspiracy theories, like one that emerged in January suggesting the pandemic was manufactured by Democrats to coincide with Trump’s impeachment trial, and another that purported to trace the initial outbreak in Wuhan, China, to people who ate bat soup. But by far the most prevalent topic of misinformation topic was “miracle cures,” including Trump’s promotion of anti-malarial drugs and disinfectants as potential treatments for COVID-19, the disease caused by the coronavirus. That accounted for more misinformation than the other 10 topics combined, the researchers reported. They found that of the more than 38 million articles published from Jan. 1 to May 26, more than 1.1 million — or slightly less than 3% — contained misinformation. They sought to identify and categorize falsehoods, and also tracked trends in reporting, including rises in coverage. For example, on April 24, a day after Trump floated — and was ridiculed for — the idea that disinfectants and ultraviolet light might treat COVID-19, there were more than 30,000 articles in the “miracle cures” category, up from fewer than 10,000 only days earlier. Trump drove those increases, the study found. To those who have been watching Trump’s statements, the idea that he is responsible for spreading or amplifying misinformation might not come as a huge shock. The president has also been feeding disinformation campaigns around the presidential election and mail-in voting that Russian actors have amplified — and his own government has tried to stop. But in interviews, the Cornell researchers said they expected to find more mentions of conspiracy theories, and not so many articles involving Trump. Public health experts know that clear, concise and accurate information is the foundation of an effective response to an outbreak of infectious disease. Misinformation around the pandemic is “one of the major reasons” the United States is not doing as well as other countries in fighting the pandemic, said Dr. Joshua Sharfstein, a vice dean at the Johns Hopkins Bloomberg School of Public Health and a former principal deputy commissioner at the Food and Drug Administration. “There is a science of rumors. It’s when there is uncertainty and fear,” said Sharfstein, who teaches on public health crisis communications. In the absence of treatments or vaccines, he said, honest and consistent messaging is essential. “This is what we need to save lives,” he said. “If it’s not done well, you get far more infections and deaths.”

Tweets by @forbesindia
Uviraj Group: Protecting India's workforce & saving lives for over a decade
All eyes on Pfizer as Trump pushes for vaccine by October