The Best Movies and TV Shows Coming to Netflix, Amazon this month

New seasons of Homecoming, Unbreakable Kimmy Schmidt, a new special from Nanette's Hannah Gadsby. Here are our picks for the rest of May 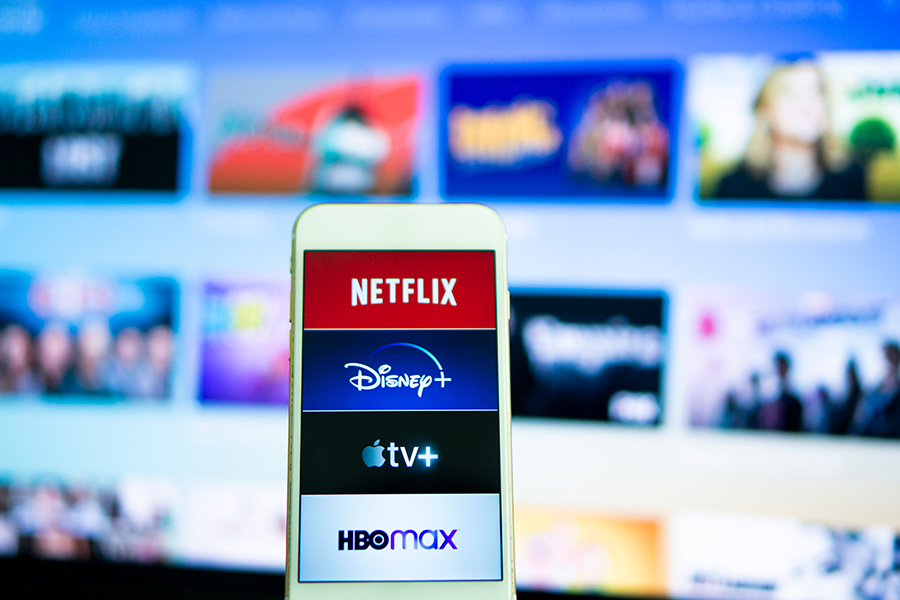 
The summer movie season may be delayed this year — or even canceled — but the streaming services still seem to be treating May as the time to start trotting out blockbusters. Accomplished television creators Ryan Murphy, Greg Daniels, Loren Bouchard and Hannah Gadsby all have new projects arriving next month. And popular series like “Unbreakable Kimmy Schmidt” and “Homecoming” are returning. The end of the month will also bring the debut of HBO Max, a new service that will combine HBO’s existing content with original programming and a healthy assortment of titles from the WarnerMedia catalog.

Here are our picks for the best new movies and TV series premiering the rest of May, as well as a roundup of some other notable titles that’ll be available to stream. (Note: Streaming services occasionally change schedules without giving notice.)

‘Unbreakable Kimmy Schmidt vs. The Reverend’

The delightful Netflix sitcom “Unbreakable Kimmy Schmidt” aired a superb series finale last year, which brought the heroine back to where her story began: the crumbling New York apartment building where she met her first real friends, after spending her young adult years held captive by a religious zealot. You can consider the new special, “Unbreakable Kimmy Schmidt vs. The Reverend,” to be an epilogue, allowing the show’s creators, Tina Fey and Robert Carlock, to pit Kimmy (Ellie Kemper) against her nemesis, Reverend Richard Wayne Gary Wayne (Jon Hamm), for one more cathartic standoff. It also offers another chance for Fey and Carlock to explore their series-long fascination with life-changing choices and roads not taken. An interactive experience, this special lets the viewer decide what Kimmy and her friends do, in a story in which her wedding day is complicated by the reverend’s return.

Given all the controversy and acclaim generated by Hannah Gadsby’s 2018 stand-up special “Nanette,” the Australian comedian faced a tough challenge in delivering a follow-up — especially since “Nanette” was in part about her realization that telling jokes is an inadequate way to process trauma. According to the warm reviews that greeted Gadsby’s new show “Douglas” when she took the new material on tour last year, the sequel to “Nanette” remains a personal, thoughtful and righteously impassioned piece of comic performance art, with pithy punchlines about patriarchal privilege, the price of success and our enduring obsession with putting labels on people and art.

The first season of “Homecoming” adapted a popular fiction podcast into one of 2018’s best TV series: a low-key political thriller about a therapist investigating her own half-forgotten connection to a shadowy military operation. The second season brings back a few characters — including Walter Cruz (played by Stephan James), an ex-soldier still trying to recover his own hazy memories — but introduces a new protagonist, played by Janelle Monáe, and a new story. Monáe plays an amnesiac who wakes up in a boat in the middle of a lake then gradually discovers her connection to the Geist Group, the organization at the heart of “Homecoming” Season 1. These new episodes lack the first batch’s director, Sam Esmail, but it remains a visually stylish and character-driven drama, using conspiratorial paranoia as the backdrop to a study of loneliness and belonging.

‘The Vast of Night’

In this smart and energetic science-fiction drama, two industrious late 1950s New Mexico teens — one a radio DJ, one a telephone operator — spend a wild night using all the resources at their disposal to determine if an unusual audio frequency has an alien origin. The movie’s director, Andrew Patterson, works similar magic with his meager budget, making a film that opens splashily — with a impressively well-choreographed take that moves through an entire small town — and then settles into a series of lower-key scenes that work more like a stage play or a radio drama. Sierra McCormick and Jake Horowitz are captivating in the lead roles, whether they’re chasing extraterrestrials through the wilderness or sitting still in front of a microphone. “The Vast of Night” is a charmer; and it’s also the rare arty genre picture that film buffs can watch with their children.

Originally slated to run on Apple TV Plus, this eye-opening documentary — spotlighting the testimony of several women who’ve accused hip-hop pioneer Russell Simmons of sexual assault — was dropped after one of its original producers, Oprah Winfrey, pulled her support. An emotional world premiere at Sundance helped turn “On the Record” into a must-see, and the film ultimately became HBO Max’s first high-profile acquisition. Despite the tough subject matter, this is a remarkable, far-reaching piece of journalism from co-directors Kirby Dick and Amy Ziering, who use the case against Simmons as an opening onto a larger conversation about how some celebrities can be so entrenched in popular culture that they become almost untouchably powerful.

NEW TO APPLE TV PLUS

Fans of animated sitcom “Bob’s Burgers” know that some of the show’s funniest and most wondrous moments come when the characters burst into song. Now creator Loren Bouchard has made what amounts to a cartoon version of a Broadway musical, featuring the voices of Kristen Bell, Tituss Burgess, Josh Gad, Daveed Diggs and Leslie Odom Jr. Set in New York City, “Central Park” has Stanley Tucci playing ruthless hotel magnate Bitsy Brandenham, who has designs on filling the park with high-rises. Odom plays Owen, a park manager with a crusading reporter wife (Kathryn Hahn) and two adventurous kids (voiced by Bell and Burgess). Like “Bob’s Burgers,” this is a colorful, warmhearted comedy that balances an earthy sense of humor with some lively musical numbers.