Even in some of the hardest-hit cities in the world, studies suggest, a vast majority of people still remain vulnerable to the virus

By Nadja Popovich and Margot Sanger-Katz 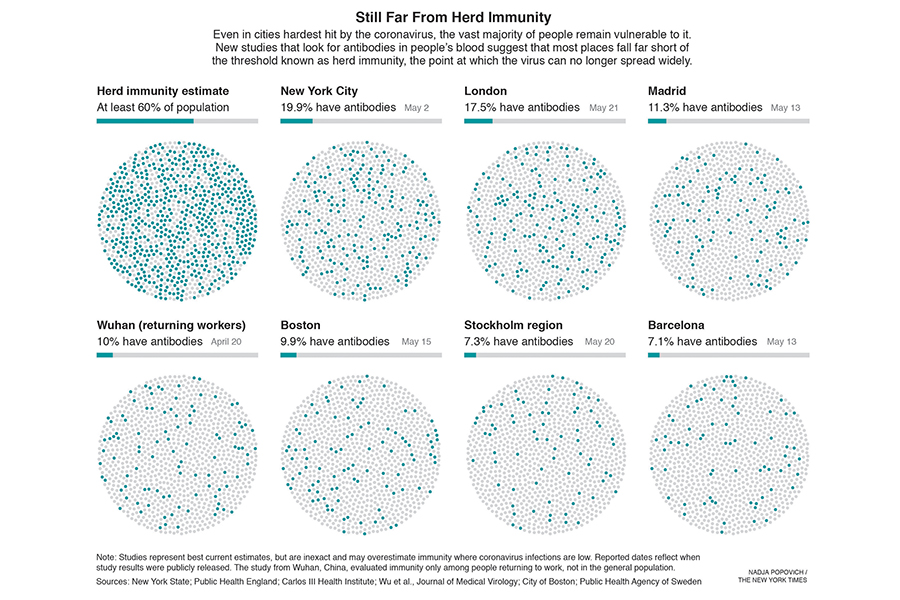 Even cities hit hard by the coronavirus pandemic are far from the needed levels for ' herd immunity.'

Tweets by @forbes_india
FaceTime with Pamela Anderson, from her Garden of Eden
Facebook-BCG report puts forward these measures for businesses to unlock the new path to purchase & tide over COVID-19 crisis