Pravin Nahata from Ahmednagar district has set up quarantine centres, hired doctors and ensured that those with the coronavirus get the best treatment and diet 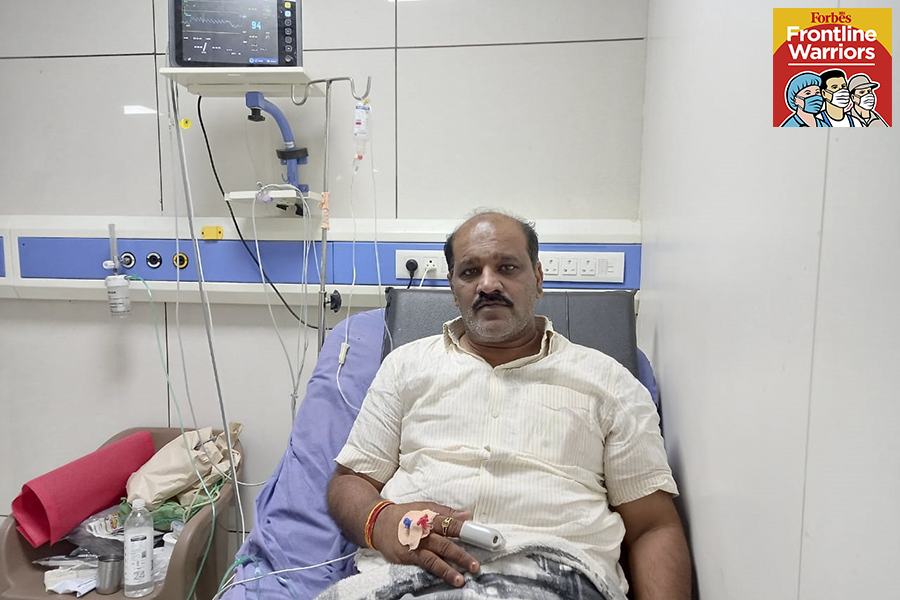 Pravin Nahata, popularly known as Balasaheb, has been involved in social work for the past 25 years

The sight of a frail, old woman struggling to walk in the scorching April heat with multiple files in her hand upset Pravin Nahata. He came to her rescue immediately. Since the 75-year-old lady was Covid-positive, people refused to give her a ride to the hospital. “She had already walked alone for 12 km toward the hospital. We immediately got her to our centre and began treating her for the coronavirus. We put her on an oxygen bed as her oxygen level had dipped to 55. She is now recovering well,” says Nahata, a resident of Loni Vyankanath village (Shrigonda taluka) in Maharashtra’s Ahmednagar district, who has been involved in social work for the past 25 years.

With the second wave of Covid-19 gripping Maharashtra badly—the state recorded 56,647 cases on May 2 and is the worst-affected in the country—the 52-year-old has been at the forefront, helping the poor and destitute get treatment. Villages in Ahmednagar—120 km from Pune—have seen an alarming rise in cases; hospitals are full and locals there cannot afford to get treated in private hospitals where it would cost them an arm and a leg.

To address the urgent need of quality medical care, Nahata began arranging beds and oxygen for coronavirus patients since he began getting calls for help around mid-April. “About 15 people were dying in our district daily due to shortage of oxygen. That’s when I decided to convert the government school in our village into a Covid-19 quarantine centre,” he says.

There were hurdles along the way though. The government, for instance, did not allow him to procure oxygen cylinders since the centre did not have certified doctors. Nahata then called two doctors from Pune—from the same district—who were on Covid duty for months. “I offered them additional money than what they were earning and asked them to start treating patients at our centre,” he claims. 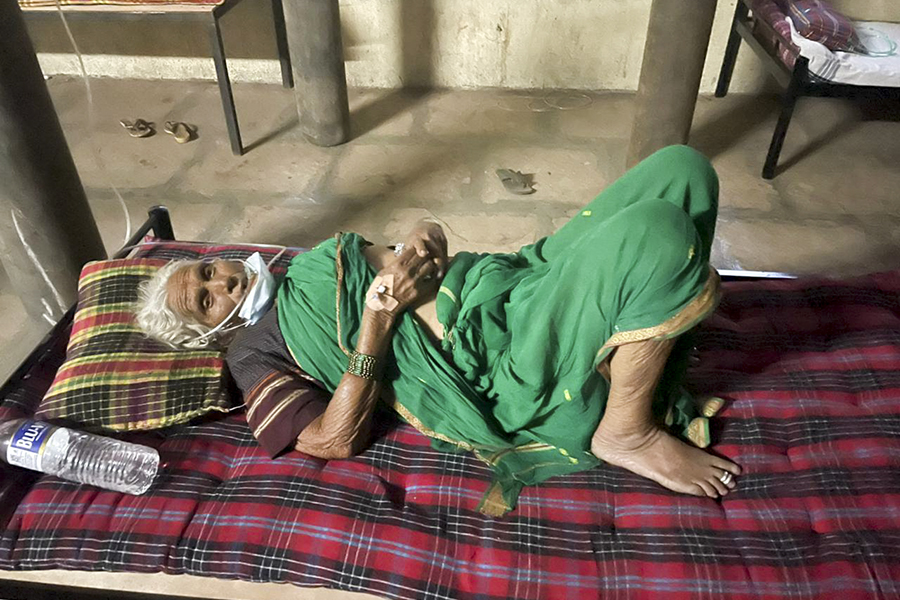 At present 200 patients, including 15 on oxygen, are being treated at the five centres set up Nahata and his team

As word spread about the centre, patients from nearby villages began approaching it for treatment. The surge in cases meant that the capacity was inadequate. Subsequently, Nahata opened five more quarantine centres in the same taluka while another is currently being set up. With the help of his 250 volunteers, he arranged for beds, mattresses, oxygen cylinders and other resources. “All the centres needed trained doctors, so we put out an ad in newspapers, and hired doctors and caretakers. It is important to have experienced people around in case a patient’s condition worsens,” says Nahata, who has received a donation of Rs10 lakh from his friends, family and other connections in Maharashtra. One of his close friends has even taken the responsibility of paying the salaries of doctors till the centres are functional.

Currently, 200 patients, including 15 on oxygen, are being treated at the five centres. The treatment is free and patients get everything from breakfast, lunch and dinner to natural remedies like the immunity-boosting ‘kadha’. “So far, 112 patients have recovered at our centres; unfortunately, we couldn’t save four lives… we try our best to avoid casualties,” says Nahata, who has also given 600 oxygen cylinders to hospitals and those getting treated at home.

Nahata has relied on his people-friendly approach in these testing times to assuage fears. He makes sure each patient gets the best treatment and keeps a check on every individual. He sleeps at the centre in his village and is hands-on when it comes to managing affairs there. This exposure resulted in him testing positive for Covid and the heavy virus load meant he had to be admitted. “My oxygen levels were dropping, so the doctor insisted that I get hospitalised. He said: ‘If you stay at the centre, you will end up helping others and not taking care of yourself… we cannot afford to lose you’,” says Nahata, who continues to coordinate with his volunteers over the phone and ensures his centres are running smoothly. Popularly known as Balasaheb, Nahata got inspired by former Prime Minister Chandra Shekhar Singh to serve the indigent. Since 1992, he has built 70 houses for the homeless in his taluka. When there was a drought-like situation five years ago, he installed water tankers too. There were times when he was in financial crisis, but that didn’t stop him from serving people. From helping people get married to bearing the hospital cost for patients who couldn’t afford treatment, Nahata has always been a messiah for the underprivileged.

In Nahata’s absence, his son Mitesh, 25, is holding fort. “It’s not the same without dad. Having him around makes a lot of things easier. We are managing so far, but we are waiting for him to recover soon and get back,” he says.

Nahata, too, can’t wait to be on his toes again and help people. After all, this is what has kept him going for two-and-a-half decades.

Tweets by @forbesindia
Beyond the Boardroom: When CP Gurnani rode over 500 km on a Rs 300 cycle
May the 4th be with you – Preparing your sales team for the new industrial revolution