Covid-19 Warriors: Ahmedabad's angels ensure there is no shortage of medical supplies and food in rural Gujarat 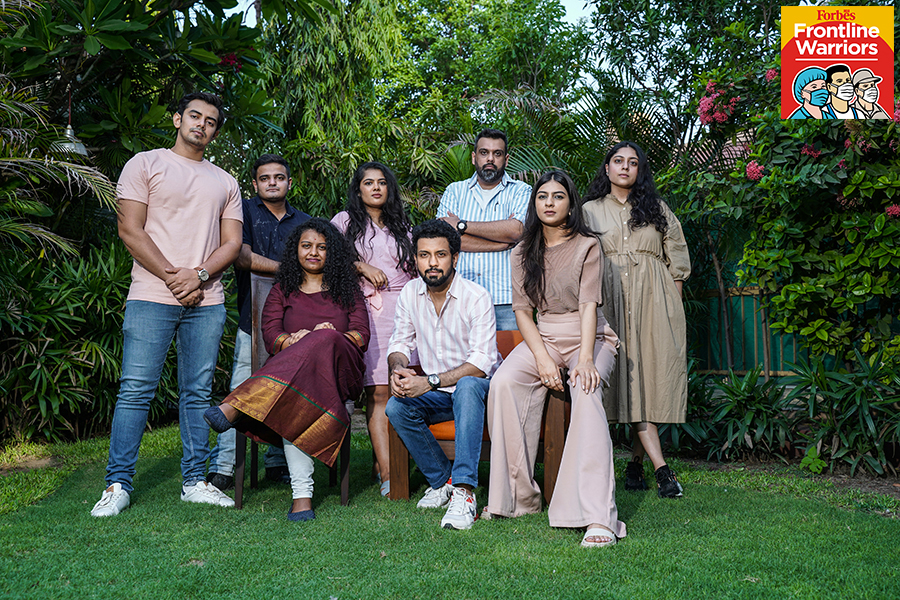 Zeal Shah, 28, checked the car thoroughly to ensure it was loaded with all the essentials needed at a hospital—oxygen concentrators, multipara monitors, nebulizer masks, oximeters, covers to keep bodies and other basic Covid-19 resources. She drove to Khedbrahma, a small town in Gujarat’s Sabarkantha district, about 120 km from Ahmedabad, on June 2 where doctors and government officials welcomed her arrival with glee.As coronavirus cases continued to mount in the hinterlands, the government hospital at Khedbrahma had run out of resources. What compounded the woes was that patients from nearby villages and districts were lining up at the hospital, leading to a shortage of basic medical equipment.

Shah is one of the eight members of ‘Team Sahaay’—born in the midst of the second wave of the pandemic. In mid-April, when the country faced an acute crisis, putting an unexpected load on the medical infrastructure, this group—complete strangers—united to help people by collecting and providing leads for oxygen beds, plasma, oxygen cylinders, ventilators and so on. Most of the members used their good reach on social media to amplify the messages. What initially began with resources eventually extended to distributing food and ration kits, and even providing help in rural Gujarat as the hamlets were struggling to grapple with the virus. It was in the first week of May that Team Sahaay got the first request for help from a rural area. A volunteer from Danta, a small town in Banaskantha district, informed it about a shortage of resources at primary health care centres and community health centres. “We visited the village, a four-hour drive from Ahmedabad, to understand the scenario. We found out that not only was there a lack of certain resources but shockingly, the hospitals were empty. There were hardly any patients. After speaking to a few volunteers, we got to know that the word ‘Covid’ was a taboo; the villagers did not even want to utter it… according to them, whoever went to hospital after testing positive, died!” explains Shah. ASHA workers were going door-to-door in the village, but they were only checking the patients’ temperature. Team Sahaay arranged pulse oximeters for them while the staff at the government hospital trained them on how to use them. “After seeing the on-ground reality, we realised we will need a lot of funds to fulfil the medical requirements of the village, and that’s when we started a fundraiser on crowdfunding platform Milaap. We got a list from the health centres and decided to arrange the required medical supplies for them,” she adds. The team managed to raise over Rs 13 lakh and with the help of other non-profit organisations like Yuva Unstoppable and Breathe India, it organised donations in kind and supplied the equipment in Danta taluk. “One of the reasons for starting a fundraiser was that we were all individually getting messages, saying ‘You guys are doing so much… how can we help financially?’ They said this is the least that we can do from the comfort of our homes. Because people had faith in us, we managed to raise a huge amount in a short span,” says Shirali Shah, 29, another member from Team Sahaay. 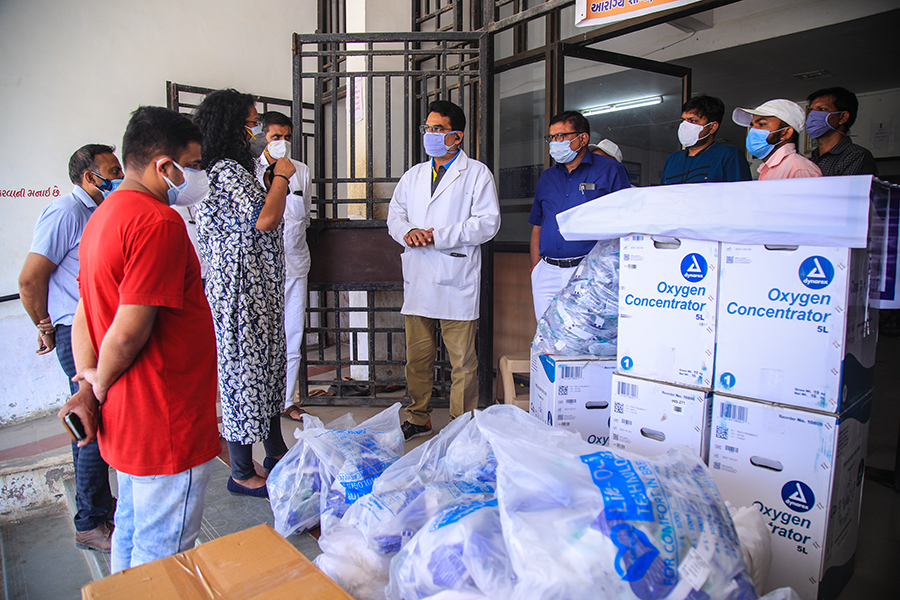 On June 2, Team Sahaay delivered medical supplies to Khedbrahma, a small town in Gujarat’s Sabarkantha district with the help of Yuva Unstoppable; Image: Chirag PanchalDuring their rural visit, Shah and team visited another town near Danta to apprise themselves of the situation there. That’s how they got in touch with government officials and medical superintendent of the hospital in Khedbrahma. They found that patients from nearby districts came to the hospital which had 500 beds, of which only 100 were oxygen beds. “It was a chaotic situation. So many people were waiting outside to get admitted. The worst part is that these villages don’t have qualified doctors… they only have MBBS doctors who cannot operate patients on BiPAP or ventilators which were anyway not available. In such a scenario, the doctors advised patients in deteriorating conditions to go to bigger cities like Ahmedabad or Mehsana,” says Shah, who is a lawyer by profession. The government officials gave the team a long list of medical supplies that were needed. Sahaay provided all the medical assistance for the taluk from the money raised. “The government officials and medical staff were overwhelmed when they saw that we had arranged everything. I was speechless when the medical superintendent told me that we’re saving so many lives. In that moment, it felt like all our efforts are paying off,” she adds. Team Sahaay has been working round-the-clock to deal with other challenges too. For instance, when Cyclone Tauktae hit Gujarat, a lot of destitute families in Ahmedabad suffered and starved. The team organised lunch and dinner for two weeks. “Some of their houses got washed off. It was heartbreaking. Thankfully, we had donors and we could arrange food for them. We also decided to start a ration kit drive for families whose members had lost jobs, and also for migrant workers stuck in the city with no employment,” says Saloni Mehta, 22, another member from the team. Dealing with such daunting scenarios has been a new challenge for Team Sahaay and there are days when the members are mentally exhausted. But the group—all from the same city—has become like a small family. They’ve got each other’s backs and emotionally support one another, which increases their productivity and helps them save more lives. The team plans to help more villages in rural Gujarat. “We’re also planning to register Team Sahaay and keep it as a platform for such social causes. It started as a Covid-19 movement, but once the virus is gone, we are hopeful of keeping this up and running to help anyone in need,” says Shirali.

Tweets by @forbesindia
New NASA missions will study Venus, a world overlooked for decades
Photo of the day: Final journey