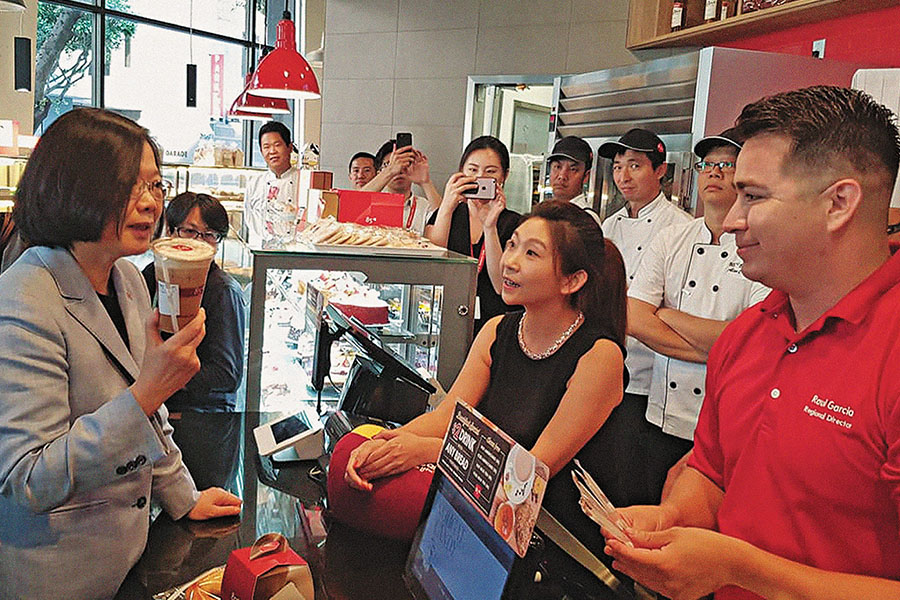 Taiwan President Tsai Ing-wen’s summer stop at an 85C bakery cafe in Los Angeles left a bitter aftertaste on both sides of the Straits.

When word of Tsai’s visit reached China, accompanied by photos of the president with drink in hand, netizens on the mainland began calling for a boycott of the chain in their country because they saw the event as an endorsement of Taiwan’s independence. The chain’s parent company, Gourmet Master, saw its Taipei-listed shares slump by nearly 14 percent in the weeks following, wiping out $224 million of its market value.

Gourmet Master appeared on the 2012 iteration of Forbes Asia’s Best Under A Billion companies list.

The day after the presidential visit, the bakery-cafe chain announced its support for the “1992 Consensus”, an agreement between China and Taiwan to acknowledge that there is only “one China”, with each side having its own interpretation of what that means. China considers self-ruled Taiwan a part of its territory that will eventually be reunified with the mainland. Tsai has not publicly endorsed the consensus since taking office in 2016, which has resulted in mainland diplomats cutting off communication with their Taiwanese counterparts.

“It is a kind of reality that Taiwan companies have to face so far,” says Wu Chung-li, a political science research fellow at Academia Sinica. “On one hand, they have to face the domestic issue, but on the other, they have to also consider the great market of China, so that is why it’s no wonder the 85C coffee shop the next day declared their support for the 92 Consensus.”

But 85C’s attempt to appease its customers in China with the statement of support for the 1992 Consensus generated resentment in Taiwan, with one legislator suggesting that the cafe rebrand itself as 92C.

A spokeswoman for 85C declined to elaborate further on the controversy or discuss any decline in sales at the chain’s China stores.

The majority of 85C’s business comes from its 600 bakery cafes in China; it operates an additional 430 outlets in its homeland of Taiwan. The chain’s name stands for 85 degrees Celsius, which is thought to be the optimal temperature for brewing coffee, according to Wu Cheng Hsueh, the company’s founder and chairman.

The company’s reluctance to comment further shows it wants to move on from the flap and get its business back to normal, says Liang Kuo-yuan, president of the Taipei-based think tank Polaris Research Institute. “If China doesn’t give it any more pressure, it can get over this difficulty,” Liang says. But, he advises, Chinese officials may be mulling more “limits on the freedom” of Taiwanese investors in its territory.