The reiteration of a policy push towards emerging Asia, as China ties fray, follows an entrepreneurial trail 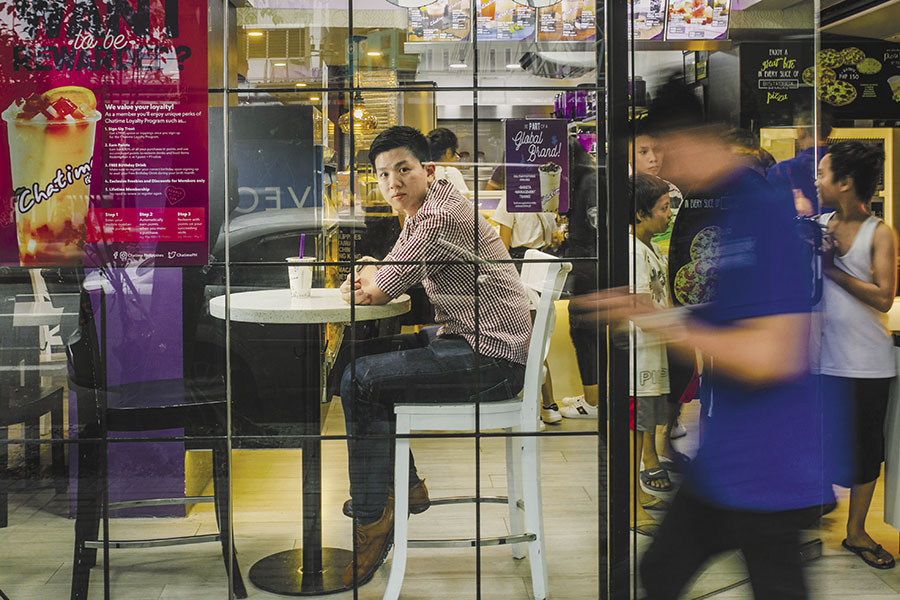 Christopher Cua’s Taiwanese-style tea store in Manila is something of a role model for the Taiwan government
Image: Julian Abram Wainwright for Forbes

On a visit to Taiwan, Christopher Cua noticed people lining up for bubble tea. Cua lives in Metro Manila, where people like sweet caffeinated drinks, and no one there was selling the Taiwanese style of milk tea with marble-size tapioca balls. So in 2011, he opened the Philippine capital’s first Chatime franchise. Now Chatime has at least 40 outlets in Metro Manila.

“The milk tea thing was a no-brainer,” says Cua, who’s ethnically Taiwanese and part of a family business that also includes a bakery. “I go to Taiwan a lot, and I always thought, ‘Filipinos would love this’.”

That sentiment dovetailed with the aims of La Kaffa, the Taiwan owner of the Chatime brand. With $65 million in 2016 revenues, La Kaffa has opened close to 400 stores in nine Southeast Asian countries as part of a global push. Its chairman, Henry Wang, says, “Tea culture acceptance in Southeast Asia isn’t bad, and consumption is always growing, so they embrace outside culture at a high rate. Southeast Asian countries care a lot about economic development, too.”

Chatime’s footprint in the region of 630 million people makes it something of a role model for the Taiwan government. In October, President Tsai Ing-wen’s administration revived a policy to steer Taiwanese investors into South and Southeast Asia to avoid overdependence on China. Tsai calls it the New Southbound Policy.

China, while the traditional destination for Taiwanese capital since the 1970s, claims sovereignty over Taiwan despite self-rule on both sides since the 1940s. This makes business relations harder when the two sides get on poorly. Tsai rejects Beijing’s “one China” policy, angering the other side. China is pressing against Taiwan’s remaining diplomatic presence globally.

A Taiwan-government-backed promotion agency flagged Chatime in Manila as a model for how Taiwanese companies should find a market niche outside China and fill it. The Philippines is one of 18 countries targeted by the New Southbound Policy. (Beyond Southeast Asia, there is Bangladesh, Bhutan, India, Nepal, Pakistan, Sri Lanka, Australia and New Zealand.)

The policy fizzled under former Taiwan president Lee Teng-hui in 1993 and his successor, Chen Shui-bian, after 2000 because it failed to price in the attraction of China, where land and labour were cheaper than they are today, some analysts say. The current push also covers more than direct investment—tourism, labour and the recruitment of university students.

Those New Southbound nations account for 19 percent of Taiwan’s trade, and approved applications to the region are rising while those for China are declining, reports Taiwan’s Investment Commission.

“At this stage, we think that the New Southbound Policy will likely provide some support to Taiwan’s competitiveness and foster diversification in trade, investment and broader relationships,” says Marie Diron of Moody’s Investors Service in Singapore.

China’s economic influence, backed by an $11.2 trillion GDP compared to Taiwan’s $519 billion, has drawn about 93,000 Taiwanese investors since 1988, according to the Council on Foreign Relations.

But China’s rising costs were already pushing against new investment before Tsai took office in May 2016. Giant Taiwanese contract consumer-electronics manufacturer Hon Hai Precision opened two factories in Vietnam in 2007, for example. An estimated 3,500 Taiwanese do business in Vietnam because of its low-cost export manufacturing, a strength of Taiwan’s outbound investors over the past 50 years.

Taiwan has renewed an agricultural cooperation deal with Indonesia and has begun discussing the same with India, Vietnam and the Philippines. Taiwan lacks free trade pacts with 16 of the 18 target countries because China normally forbids such formal agreements.

But the 18-country region might not work as a market or a supply chain for core products such as machinery, some entrepreneurs fear. India is notoriously hard to crack without a local partner. Meantime, staunch Chinese allies such as high-growth Cambodia are discouraged from engaging Taiwan economically, as well.

Despite their formal ties with a potentially angry China, others can find appeal in Taiwan links. In the Philippines, Taiwanese investors not only can easily move into food and beverage but can also site factories that produce for export to the European Union (EU), says Jonathan Ravelas, chief market strategist with BDO Unibank in Manila. Such investors can indirectly benefit from Manila’s duty-cutting trade preferences with the EU, he says. With China frowning, Taiwan would struggle to sign its own deal with Europe or join the Trans-Pacific Partnership trade zone being renegotiated by 11 Pacific Rim countries after the US left in January.

Young Southeast Asian consumers, meanwhile, are open to new brands and may be oblivious to a Taiwan connection. Some figure Chatime to be a domestic brand, franchisee Cua says.

Chatime opens stores near business process outsourcing offices, a catalyst for the country’s recent economic growth. “The stores that do well are stores that do well on weekdays,” Cua says. Whereas 200 cups were sold per day at an original Metro Manila store in 2011, now several stores average 800 to 1,000 per day, he says.

La Kaffa was not alone in seeing the opportunity back then. “We opened simultaneously with three Taiwanese brands, and now there are five of us,” the 29-year-old former bank employee says. His stores keep prices higher at $2 per cup to “raise the image a bit”.

Taiwan’s latest official push only underscores what the early birds saw. If Southeast Asia can double the number of middle-class households to 120 million from 2010 to 2025, according to a 2014 McKinsey report, the region’s current 15 percent share of La Kaffa revenues stands to grow. Chairman Wang says, “Their ability to consume is terrifying.”

Tweets by @forbesindia
State of India's economy: Gloomy, but no storms yet
WittyFeed: The content churner