Of spooked auditors and sinking fortunes 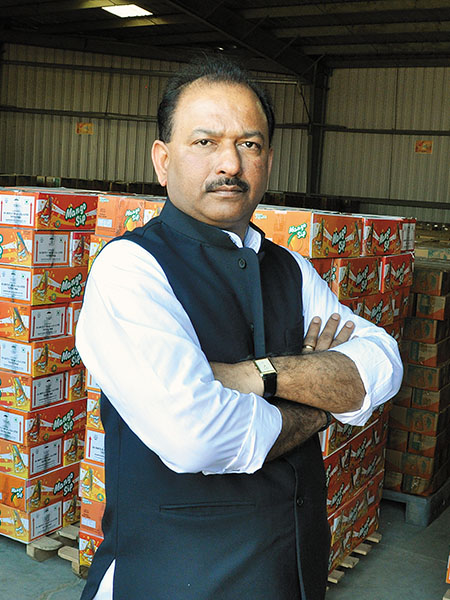 Manpasand’s Singh saw his fortune crash after an auditor’s resignation
Image: Kamlesh Surve
Listed companies in India are in the throes of an audit crisis. In the first half of 2018, auditors at 30 listed entities quit midterm. Two former Best Under A Billion companies faced abrupt auditor resignations in the last few months—sinking their stocks and founder fortunes.

Deloitte Haskins & Sells—which had audited fruit juice maker Manpasand Beverages for the last eight years—bailed a few days before a board meeting in May intended for the release of its fiscal year-end results, saying in a letter to the board that the company didn’t provide “significant information”.

Manpasand, which debuted on Best Under A Billion in 2017, countered to the stock exchanges that “we have been providing all required information as and when required by them.” It added that “while there could have been some delays” it has “never denied sharing any information with them ever.” Subsequently, the juice company, which sells primarily to rural and semi-urban India, appointed a new auditor and released results in June reporting a 34 percent uptick in revenues to $151 million and a 36 percent surge in profits to $15 million for the year ended March 31. But the damage was done. Manpasand’s stock—which crashed 70 percent in the weeks after the resignation—is still yo-yoing. Founder Dhirendra Singh, with a 44 percent stake, feels that pain.

Deloitte said it was “unable to comment on client-specific matters” as it was “bound by confidentiality obligations.” In the second instance, Pricewaterhouse Coopers (PwC)resigned as auditor of tech services firm Vakrangee in April, citing lack of information about some businesses. This was the firm’s first audit of the Mumbai company, which appeared on Best Under A Billion in 2015. Vakrangee provides egovernance, banking, insurance, ecommerce and logistics for rural and semi-urban consumers.

In its resignation letter, PwC said that it had requested information relating to Vakrangee’s “election books” (as part of its egovernance segment) and the “bullion and jewellery” business (as part of its ecommerce business). While the management had responded, the answers were “inadequate” or “contradicting earlier explanations”, PwC said in its resignation letter to the board.

After the resignation, Vakrangee responded in a statement to the exchange that it “has provided all the information with respect to business and affairs of the company to the Auditor and the Audit committee.” Vakrangee then appointed a new auditor and announced year-end results in June of $1 billion in revenues—up from $618 million last year—and net of $105 million.

However, founder Dinesh Nandwana, who debuted on India’s richest last year with a net worth of $1.72 billion, saw his fortune plunge 85 percent in recent months. (Vakrangee’s stock had taken a hit in February over rumours of price and volume manipulation, which the company said were “completely baseless and factually incorrect.”)

The spotlight is on auditors. “When an auditor or independent board member resigns, it’s a red flag for investors,” says Pranav Haldea, managing director of New Delhi’s Prime Database, which tracks listed companies.“They don’t know what to expect, and the market doesn’t like uncertainty because you don’t know the depth of the issue.”