Elias Zerhouni has spent his career trying to understand why only one in 10,000 drugs makes it to market. Can he fix Sanofi and the industry's woeful innovation record at once? 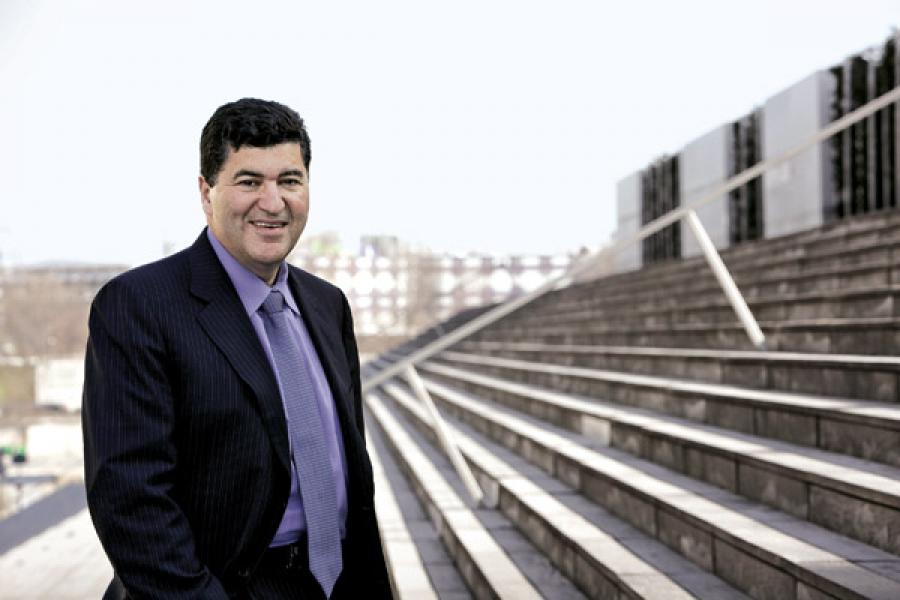 Chemist Gregory Verdine was a Harvard professor with a position at a venture fund, but neither job was helping get his new project—building a vast database of natural chemicals that might work as drugs—the money it needed to take off.

Then Elias Zerhouni, head of re- search and development at Sanofi, the $43 billion French drug giant, called him up and told him to get on a plane to Paris. Taking a brief break from a scientific meeting he was running at the Collège de France, Zerhouni sat Verdine at a computer and personally reviewed his ideas. Half of currently marketed drugs are derived from natural sources like bacteria, but drug companies have lost interest in finding more. Verdine had a high-tech way of reviving these old-fashioned methods. He would sequence the DNA of hundreds of thousands of microbes and put the results in a database. When you wanted a new natural-product drug candidate, you could basically Google it. He called the startup Warp Drive Bio.

Zerhouni liked it—and for good reason. Sanofi’s own researchers were considering shuttering their repository of 120,000 microbes because they had no use for them. Verdine could turn waste into profits—if he was right. “Elias put the Warp Drive project on a rocket sled and shepherded it through Sanofi,” says Verdine.

In January, Warp Drive raised $125 million from Sanofi, Third Rock Ventures (Verdine’s firm) and Greylock Partners. The key to getting the deal done was that Sanofi committed to buy all or part of Warp Drive within six years if Verdine’s ideas pan out. “The number one thing I want to do in R&D is just open the doors and break barriers,” says Zerhouni. “And this is a good example.”

It’s no mystery why Zerhouni, 61, is in a hurry—Sanofi needs to invent drugs. The US patents on its most famous products, notably Plavix for heart disease and Ambien for insomnia, have expired. Chief Executive Christopher Viehbacher has managed to deliver a 9.2 percent annual return to shareholders since taking over in 2008 with a string of acquisitions, including the $20 billion purchase of biotech giant Genzyme. But Sanofi has gotten only two drugs approved since, both puny sellers. Viehbacher declared R&D as his top goal—and needs his old friend Zerhouni to make it happen.

Yet Zerhouni, just 18 months on the job at Sanofi, has even more to prove: He thinks he can transform the way drugs are developed and use Sanofi to do it. It’s work he started a decade ago as director of the US National Institutes of Health (NIH), the $31 billion provider of science funding that generates the research drug companies turn to for ideas. During the six years he ran the NIH under George W Bush, Zerhouni, a pioneering radiologist raised and educated in Algeria, set the first rules for funding research on human embryonic stem cells and banned NIH scientists from taking big industry consulting fees.

His real—and far less publicised— goal was to create a framework for what bio-geeks call “translational medicine,” the process of turning NIH innovations into drugs that industry can use. “We have been making huge advances in knowledge, but we failed to translate that to patients,” he says.

Only one of 10,000 drugs the pharmaceutical industry invents makes it to market; of those that start clinical trials, at least 9 of every 10 don’t work or aren’t safe. The result: Vast sums are spent for every success. The number of new medicines invented per billion dollars of research money is halved every 9 years, an inexorable slump that Bernstein Research European drug analyst Jack Scannell has dubbed Eroom’s Law—the opposite of the computer industry’s Moore’s Law.

“My fundamental understanding of what’s ailing R&D is the fact that true translational medicine is not practiced,” says Zerhouni. “R&D in pharma has been isolating itself for 20 years, thinking that animal models would be enough and highly predictive, and I think I want to just bring back the discipline of out- standing translational science, which means understand the disease in hu- mans before I even touch a patient.”

He calls finding this kind of strong biological proof “phase zero”—a necessary step before the expensive Phase I, II and III gamut of clinical trials all medicines must run—and demands it of new Sanofi products.

A good example of what Zerhouni proposes: Research he funded at the NIH led to the discovery of people who had mutations in a gene called PCSK9. We know that patients who lack this gene, and the protein it makes, have low cholesterol and a lower chance of heart attacks; those with a version that is overactive have too much cholesterol and die sooner. Because the underlying biology is so clear, it is far more likely that the PCSK9 inhibitor Sanofi is de- veloping with partner Regeneron will prove helpful to heart patients.

The power of this idea became clear early in his new job. In 2009, Sanofi pledged up to $500 million for BiPar Sciences, an 18-person biotech firm with a breast cancer drug thought to target a protein called PARP. It seemed to work in the deadly and nearly untreatable triple-negative form of the disease, but in January 2011 failed in a clinical trial.

Zerhouni put three teams on figur- ing out what went wrong, and in just 90 days one told him the drug wasn’t a PARP inhibitor at all. (Embarrassingly, researchers at Abbott figured it out, too—and published it.) Zerhouni, however, thinks that information could help him zero in on a group of cancer patients it will actually help. Meanwhile, he’s using phase-zero thinking to jumpstart drugs, too. One example is a drug for systemic lupus; he rushed it into clinical trials after his researchers showed him that the protein the drug targets was correlated with more serious disease in a database of 2,000 patients. “This is what I think is going to save industrial medicine,” he says. For Sanofi’s sake he better be right.