The media has lost its stronghold over the production and distribution of knowledge. Consumers of media are now also producers of media.

Over the last decade, social media has emerged as an innovative tool which has managed to disrupt traditional business models, governmental proceedings and news reporting.  Web 2.0 has changed the way that business is conducted, facilitated mass mobilization of political protests and altered power dynamics in the media.

In the US, the Internet has been hailed as the fulfillment of democratic values in terms of free speech independent from any relegating authority.  At the beginning of the millennium, we welcomed the emergence of common publishing tools such as blogging. 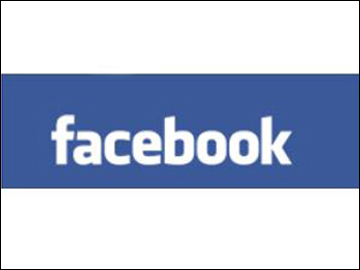 Technological advances have not only brought to fruition the possibilities of immediate, group and global communications never possible before, they subvert the stratification of the public sphere which had predominately been represented by a variety of mediating institutions such as radio, television, newspapers, and magazines.  Public discussion on a grand scale is further enabled by the constant introduction of increasingly user-friendly publishing websites, expanding accessibility and drops in equipment price.  Barriers to entry continue to fall.  Publishing costs are virtually eliminated.  Schools, libraries and community centers offer free Internet access.  Previously, such widespread access to the public sphere was not an affordable possibility.  Only those with vast amounts of money and/or the backing of established media outlet monopolies were able to address the masses.  Now, anyone with an opinion and an Internet connection can share their thoughts with the world at large -- No editorial approval is necessary.

The media has lost its stronghold over the production and distribution of knowledge.  Consumers of media are now also producers of media.

As Adjunct Professor in New York University’s graduate Interactive Telecommunications Program, Clay Shirky explained in his Ted Talk , How social media can make history, the media landscape as we know it is has been profoundly impacted by social media.  Our current generation is witnessing the largest increase in capability of human expression.

History in the making.

Shirky delineates the four periods of media revolution leading up to this point:


We are now living through the fifth revolution of media, where people are increasingly sharing, communicating and collaborating.  Families trade photos; friends exchange opinions on the news and business teams execute massive projects globally without ever having met in person.  Strangers group together for social shopping, and companies spring up to leverage these new opportunities for entrepreneurship.

“Our company provides a marketplace to buy and resell daily deals, and has been fundamentally shaped by the opportunity that social media provides.  The entire group buying ecosystem has been built on top of Facebook and other social media channels.  Our website allows friends to share deals and discounts with each other through the use of Facebook share and like buttons, as well as other integration pieces.  It is the unique combination of easy shareability and the presence of something worth sharing that has enabled group buying businesses, such as Groupon and CoupFlip, to scale so quickly.”

Furthermore, The Washington Post announces, ‘Big data’ from social media, elsewhere online redefines trend-watching  More and more people are finding new ways to use the massive amount of data being generated constantly.  They are taking data mining to a completely new level.

As chief executive of Derwent Capital Markets, Paul Hawtin uses a computer program to filter through hundreds of millions of Twitter posts on a daily basis.  He uses information he gleans from public conversations to buy and trade millions of dollars of stocks for private investors.  He buys when global sentiment is happy, and sells short when it is anxious.  Ariana Eunjung Cha reports that Hawtin has seen a gain of more than seven percent in the first quarter of this year.  His mathematical analysis of trends revealed by collective web insight harnesses the unprecedented amount of data online.  Social media provides Hawtin with news quicker than traditional methods, and that translates into money.

Indeed, the World Economic Forum has classified “big data” to be a new economic asset, like oil.  “Business boundaries are being redrawn.”

A social science professor at Harvard University and co-founder of Crimson Hexagon, a data analysis firm based in Boston, Gary King states, “This is changing the world in a big way. It enables us to watch changes in society in real time and make decisions in a way we haven’t been able to ever before.”

Lisa has been involved with Web 2.0 since graduate school at Dartmouth College, where she completed an independent study on blogging. She was subsequently highlighted as a woman blogger in Wellesley Magazine, published by her alma mater. Since 2009, Lisa has worked as an Assistant Director at the Tuck School of Business.  You can follow her on twitter