Kjell Inge Rokke amassed a $1.7 billion fortune by stripping the oceans of oil and fish. Now he says he wants to clean up the mess—from the deck of the world's largest superyacht. Meet the biggest contradiction on water 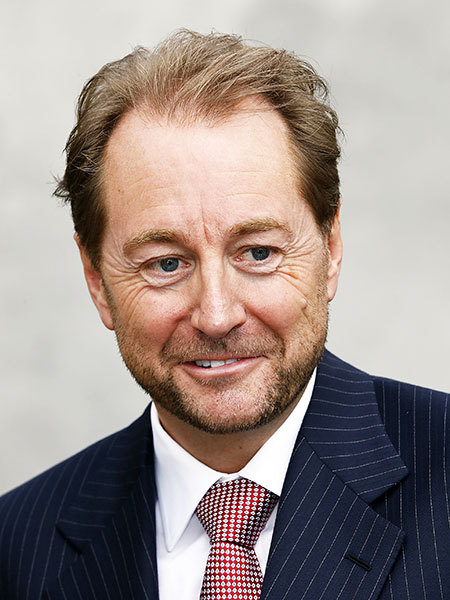 If you want to be a problem solver, by nature you’re an optimist, believes Kjell Inge Roekke
Image: Norsk Telegrambyra AS /Reuters

Off the coast of Bratt­vaag, Norway, just a few hundred miles below the Arctic Circle, the 600-foot Rev looms in the North Atlantic. It is the shell of a ship: Forged but not yet outfitted, with a tan-and-black hull that makes it look like a dredged-up wreck. “I see myself spending two months of the year on the boat,” says its owner, Norwegian billionaire Kjell Inge Rokke.

Rokke stoops to inspect a blueprint. Each detail of the vessel requires his sign-off: The submarine, the helipads, the three pools and hot tubs. But this is not your typical billionaire plaything. Also onboard are eight laboratories and a remote operating vehicle that can descend to a depth of 19,000 feet.

Rev is a floating contradiction. On one hand, it is the largest super­yacht in the world—the apex of self-indulgence—at a cost of about $350 million. Yet Rokke prefers a different framing. Rev, he insists, is a research vessel.

The plan is simple. Rokke, 61, will let scientists use the yacht for free to plot oceanic garbage patches, assess fish stocks and test water acidity levels. When they aren’t onboard, he’ll use it himself for pleasure, or rent it to the world’s glitterati and donate the proceeds to conservation projects.

Rokke, like the yacht, is a contradiction. He amassed his $1.7 billion fortune by extracting from the seas, from trawling to offshore drilling to commercial shipping. “I’m part of the problem,” he admits. Now, he says, he wants to clean things up. But not enough to divest himself from his portfolio of polluting companies.

“We don’t need any credit,” Rokke says. “We only want the satisfaction from being a part of [the solution].”

Rokke grew up in Molde, Norway, in a family with modest means. His father worked as a cabinetmaker; his mother was an accountant who sold washing machines and dryers on the side. Burdened by dyslexia, Rokke dropped out of school in the ninth grade. “The teacher said to me in front of the class, ‘The day you get yourself a driver’s licence, you should consider yourself a success’,” he recounts.

Rokke took a job as a deckhand on a Norwegian fishing boat, staying at sea for ten months of the year. Then, in 1980, when he was 21, he moved to Seattle to work on a trawler. After his first season he had an existential crisis. “I had zero plans for the future,” he says. So he catalogued his aspirations: “I wanted independence—to live my own life—and I thought that was through getting rich. I was miserably wrong.”

First step: Saving money aggressively. “When my friends went to Mexico or Hawaii, I was home, making fishing gear for the boat,” he says. By 1982, he had the $75,000 needed for a down payment on a boat of his own, a 69-foot trawler.

Two years later, the boat caught fire. He bought a second boat. It ran aground and sank. “I had to sit down and negotiate with all my vendors,” Rokke says. That process took more than seven years. 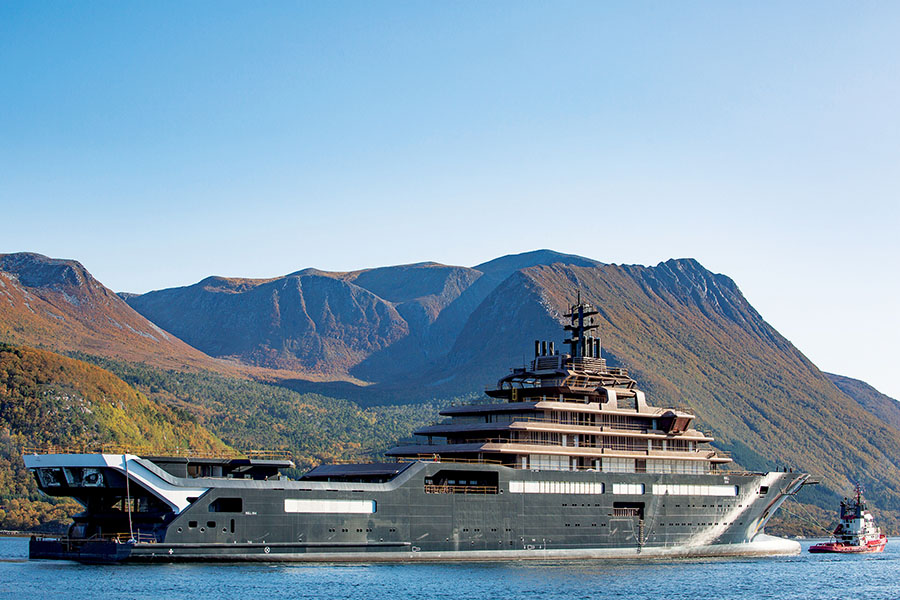 Once complete, Rokke’s yacht will be the world’s largest. Apologies to Sheikh Khalifa of the United Arab Emirates: The Azzam’s 590 feet no longer cut it

The perseverance paid off. Somehow, banks continued to lend Rokke money, enabling him to start anew. Over time, he amassed a small fleet of boats, which by 1987 had grown into a bona fide company, American Seafoods, which harvested pollock off the coast of Alaska.

With his finances shored up, thanks in part to subsidies from the Norwegian government, his boats caught huge quantities of fish. At one point, they pulled in 600,000 to 800,000 pollock per day, Rokke estimates, generating more than $18 million in annual sales (roughly $45 million in today’s dollars). The highest-quality fish were filleted and sold. The trimmings became fishmeal and fish oil.

“Eventually Rokke’s company controlled 40 percent of the American pollock harvest,” writes ecologist Kevin M Bailey in his book Billion-Dollar Fish. But as American Seafoods expanded globally, Bailey says, it “was involved in enterprises from Russia to Argentina that were accused of overfishing”.

In 1990, Rokke turned his attention back to Norway as the country reeled from an economic crisis. “Very few had excess cash,” he says. “I had that... so I bought as much as I could get my hands on.”

Among his acquisitions: A clothing company, a sporting-goods chain and large swaths of commercial real estate. “He came sort of out of nowhere,” says Knut Sogner, a professor of economic history at BI Norwegian Business School.

In 1996, Rokke bought a controlling interest in Aker, one of Norway’s largest conglomerates, concentrated in shipbuilding and offshore drilling services. (Aker is now the name of Rokke’s public company; his portfolio collectively generates $9.4 billion in annual revenue.)

Then came a dose of hubris. In 2002, Rokke was struggling to obtain a licence to operate his 56-foot yacht, Celina Bella. He skirted the law, paying Swedish officials $10,000 for the permit. “I wanted to have the licence done in the least painful way,” he says, claiming he didn’t know the arrangement was illegal. Prosecutors discovered the payoff, and Rokke was sentenced to 120 days in jail. He served 23.

Once free, Rokke kept investing in energy, which makes up about a fifth of Norway’s economy. He established an offshore oil outfit, Aker Drilling, in 2005 and acquired Marathon Oil Norway for $2.7 billion in 2014. But he worried about his legacy. “I haven’t invested in any infrastructure, I haven’t built a road,” he remembers thinking. “Basically, I’m a harvester.”

To that end, in 2017 he established Rev Ocean, the non-profit that oversees the superyacht. He sought out Nina Jensen, then the head of World Wildlife Fund Norway, to lead it. The environmentalist wasn’t impressed. “Kjell Inge called me up and asked me if I wanted to work on the project with him,” Jensen says. “I said instantly, ‘no’.”

But the man who had spent years salvaging his company from fires and sunken vessels was not easily turned aside. Eventually Jensen signed on. Now she champions their unusual alliance: “At the end of the day, if a biologist and conservationist can team up with a capitalist and an industrialist, that must be magic, right?”

The superyacht is Rev Ocean’s first project. There is also a plastic-waste-reduction effort in Ghana and plans for software that will centralise data about the ocean.

Jensen’s group occupies the third floor of Rokke’s corporate headquarters in Oslo, which it shares with Aker’s energy division. It’s a coincidence that highlights a glaring tension: While Rev Ocean works to clean the seas, Aker continues to pollute them.

That dissonance seems not to bother Rokke. “If you want to be a problem solver, by nature you’re an optimist,” he says. The critics, well, “They’re not part of the solution.”