To rebuild the economy, we will have to rethink our ideas of scale, technology and mobility, going back to philosophies of thinkers such as Mahatma Gandhi 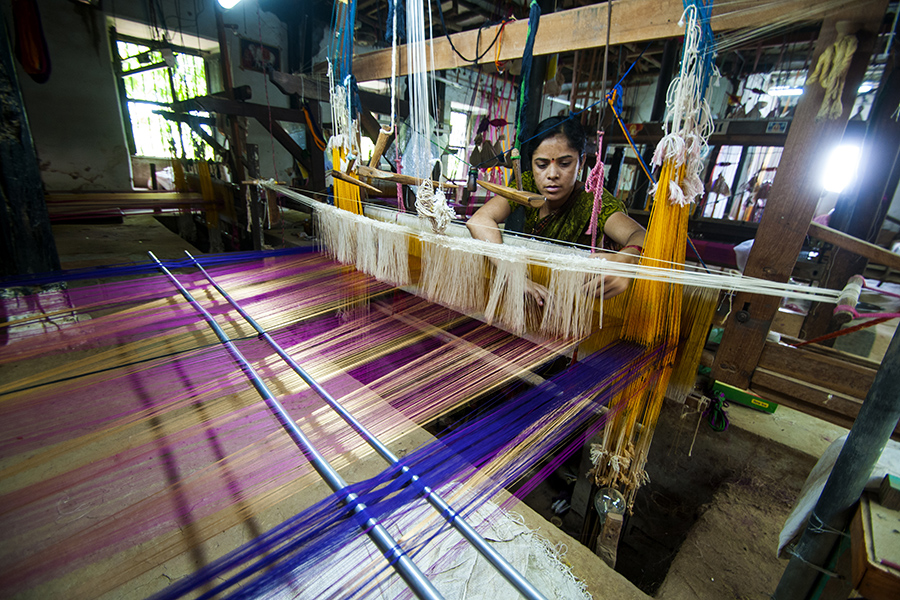 As the COVID-19 crisis is unfolding in front of us, the lifestyle we have taken for granted has begun to crumble right in front of our eyes. Large scale, high-technology, and a flatter world have been the pivotal principles of the business models we used to produce the creature comforts on this planet in recent times. The unprecedented circumstances we are faced with beckon us to examine the sustainability of the very principles that got us here.

Without any complicated models, we can make three easy predictions for the world under Covid-19.First, self-sustaining and hyper-local enterprises will likely survive this crisis, as they will be least affected. Second, enterprises with longer value chains, that is, with higher dependencies for both production and consumption will find themselves crippled. Third, it is also clear that economies will have to undergo major restructuring to adjust to the new realities of the Covid-positive world. In light of these predictions, how relevant are scale, technology and mobility? Of course, they are highly relevant, but to be of any service to humanity, they need to be turned on their head. What is pertinent for our time is the philosophy advocated by thought leaders like Mahatma Gandhi, Leopold Kohr and E F Schumacher, that 'Small is Beautiful'. Three significant ideas from these great thinkers that we should pull out from under the rug are: (i) importance of proximate production and consumption, (ii) prioritisation of indigenous and simple technologies, and (iii) promotion of small scale enterprises.

When production and consumption are disengaged with each other and far apart, the adjustment of one, when there are shocks to other, is difficult. Consider an example of an individual, whose meals are produced at home: In this case, one is usually mindful of the resources and effort that goes into each meal, likely to be concerned about the quality of the ingredients and the process, rather than the appearance of the food. In contrast, a person who orders his meals from outside, with no visibility into what it takes to produce, generally undervalues effort, over values taste and optics. The factory approach of mechanisation may increase efficiency but not resilience. For example, if a consumer is unable to order because of sickness or the restaurant has a temporary breakdown, neither could care less, will perhaps only worry about finding the nearest substitute. During periods of shock, in particular, a mechanical system resorts to just finding substitutes where there is a deficit. However, when production and consumption are proximate, both adjust simultaneously. For example, in case of meals produced at home, if the individual is sick, less amount is produced, and less is consumed—the adjustments are easier. Proximate systems are not just resilient, they are human(e), plus they have other benefits for supply chains too.

When producers are connected to consumers, there are fewer links that can break. Responsiveness is naturally better in times of crisis. Customers would also be able to influence the producers through direct sharing of information, which helps with customisation as well as quality control. In addition, more value can be apportioned to the producers. Proximate systems also reduce total inventory, need for long transportation cycles and the associated carbon footprint. Locating production closer to consumption is also a first step towards toning down our aversion towards indigenous technologies.

The ventilator problem in India highlights our fondness for foreign technology and the need to get away from it. Many hospitals in India have been habitually procuring ventilators at Rs 5 lakh per piece. Only when faced with global shortage of ventilators has it dawned upon us, that we are capable of producing them at one-fifth the cost or less. The issue with borrowed technology is that, it usually comes from nations that have a low-high mix of labour and capital, forcing its takers to inherit its requirement of high capital investment and automation, and low labour. Complex technologies also result in high cost of maintenance and more downtime. In contrast, indigenous technologies tend to take into consideration the fact that resources like capital and skilled labor are scarce, and work around them. Home-grown technologies are therefore more amenable to adoption quickly and easily by low-skilled labor. Since most rural and semi-urban parts of India cannot attract highly skilled resources, adoption of simple indigenous technologies not just lower costs but also keep less people out of work. The prioritisation of indigenous technology is a necessary step to break the cycle of rural impoverishment and urban agglomeration of labor that leads to the problems associated with scale.

Large-scale enterprises are popular for their attractive running costs and efficiency, once the investments are made. However, when on the road to failure, they pose the greatest threat to any economy. After considerable capital investment, these enterprises go on to employ large numbers of the labour force. To avoid the risk of large-scale unemployment, governments are hesitant to allow these enterprises to fail, often resulting in good money being poured-in after bad to keep many such enterprises afloat. Apart from the economic problems, large scale enterprises also induce mass migration, urban congestion, and strain in natural resources. There is a long and familiar list of problems associated with scale: high set-up costs, low-flexibility, congestion, air-pollution, water shortage, to name a few. In E.F. Schumacher’s words, scale reduces the worker to another cog-in-the-wheel, devalues the worth of labour, and essentially dehumanises. As we restructure our economy, shouldn’t people matter?

If we were to introspect a little bit, there have been warning signals for some time now. COVID-19 is one among three such outbreaks in the last two decades and has exposed the imminent dangers that await us. Even before the outbreak of the coronavirus, for the past several years, environmentalists have been harping on about the need to change our lifestyles and the way we handle our natural resources. Instead of looking at the current crisis as onetime affair, it is useful, perhaps prudent to force a needed change in our lifestyles and the way we operate our economies. The three ideas of shrinking scale, simplifying technology, and subtracted mobility are built on the Gandhian principle of sustainability, even before the word was absorbed into business parlance. Bringing back these ideas as we rebuild the economy is timely, and a fitting tribute to the Father of the Nation.

Tweets by @forbesindia
CHARTS: How Covid-19 is affecting an already ailing auto sector
How Fariba Rahimi International Model and Actress is Changing the World