Why Cannes Matters for the Advertising Industry

An award is an advertisement for the creative agency. That explains why ad agencies spend a fortune to go to the south of France 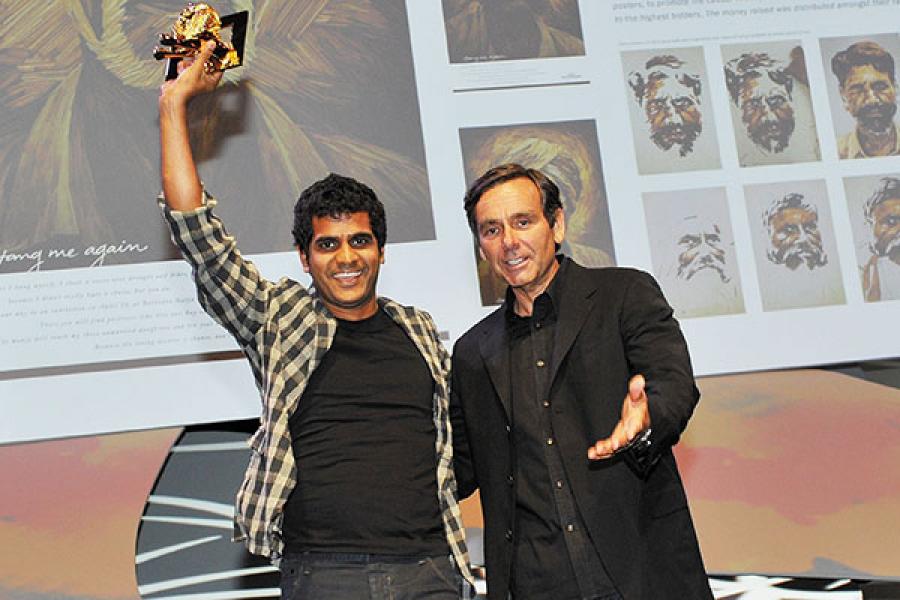 You would think, with economies around the world either going into a tailspin or staying depressingly flat, businesses would pinch every penny. For instance, at a time like this, is it worth spending millions on a junket to receive awards for advertising?

If your answer is ‘no’, the world of advertising and communication doesn’t agree with you. When this was being written, the 60th edition of The Cannes Lions International Festival of Creativity was underway in the sunny south of France, and had seen a record 35,765 entries from 92 countries.

That’s a lot of money because entry fees are steep, ranging from €435 for the Outdoor Lions to €1,275 for the Titanium and Integrated Lions. On an average, aspirants would have forked out €500 per entry, which makes the income (for the award organisers) from entries alone in the region of a whopping €18 million.

What is India’s share in this seeming profligacy? This year, Indian communication companies sent 1,100 entries, setting them back by about Rs 4.5 crore—and that’s the entry fee alone. Add to that the cost involved in creating the communication (in the event the advertisement was created only for the awards), and the cost of delegate fees, airfares, hotels, and so on, Indian agencies would have spent more than Rs 10 crore on the Cannes festival.

METALLIC RETURNS
If Rs 10 crore is the investment, what is the return on it?

Agnello Dias, co-founder and chief creative officer of Taproot India (in which global advertising and media major Dentsu owns a 51 percent stake) is certainly qualified to answer. At the time of going to press, Taproot India was one of the big winners at Cannes 2013 with five metals. As a creative, Dias has, through his career, been a winner of awards at the national and global stages, and his continued hunger for awards suggests that it’s worth the investment.

If Dias and his agency have tasted blood at Cannes, Bangalore-based Happy Creative Services is champing at the bit. Happy has won 18 metals in India, and a few international awards too, but the best they’ve done at Cannes is make it to a shortlist.
Why do they keep at it? “It’s the only means [by which] a creative person gets recognition while suits [those in non-creative functions] have numbers to justify their performance/success. In addition, the more awards you have won, the higher the remuneration you can command,” says Kartik Iyer, CEO and co-founder of Happy.

“Awards also help you gain respect among creative peers and global recognition,” Iyer says. Winning at Cannes, especially, is the most effective advertisement for the agency. “An award-winning agency attracts better talent as it allows them to realise their personal dreams of winning,” he adds.

THE INDIA SHOW
From 1996, when an Indian agency first won a metal at Cannes, till 2005, all the Indian agencies put together won less than 10 awards. Since 2006, it’s been uphill, reaching a high of 25 awards in 2009. This year, with 20 awards in the bag, and winners in a few categories still to be announced, the 2009 record might soon be history.

The upward graph coincides with the increased influence of Indians in the global advertising and media industries. While many Indians are on the Asia Pacific and global boards and committees of their agencies, Piyush Pandey, executive chairman and creative director, South Asia, Ogilvy & Mather, received the almost-ultimate recognition when he was named the recipient of the Clio Lifetime Achievement Award last year, becoming the first Asian to receive this honour.

“Over his 30-year career, Piyush has won over 600 awards and is known in his native India as the ‘godfather’ of modern advertising,” Shelly Lazarus, chairman emeritus, Ogilvy & Mather Worldwide, said on the occasion. And it is these 600 awards which make him the godfather. “There aren’t too many other forms of advertising for an agency,” says Taproot’s Dias.
Or for the advertising industry as a whole, it seems.