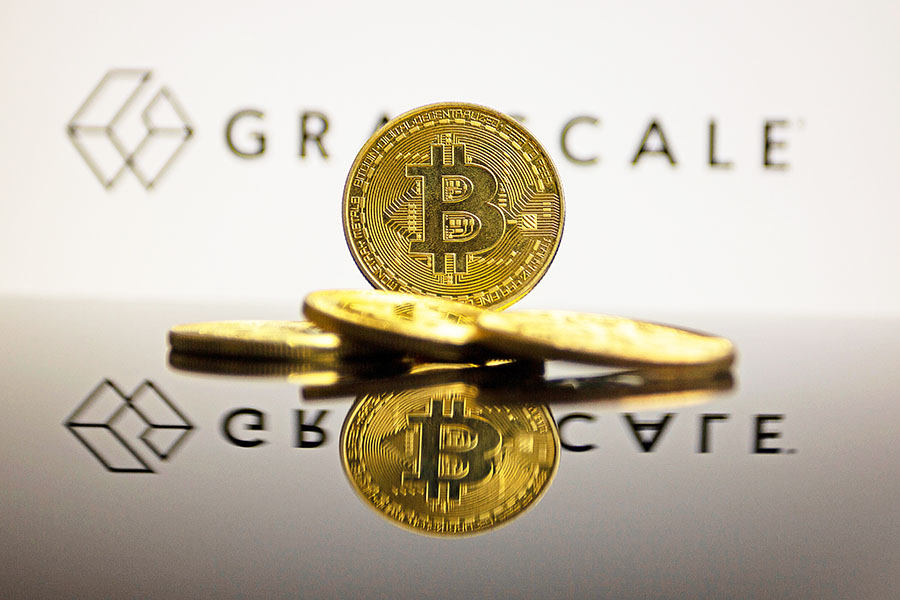 The discount rate on the Grayscale Ethereum Trust (ETHE) has hit a record low of 60 percent. It is the ETHE's lowest premium rate since its inception. Following a gradual improvement in September amid the excitement surrounding the Merge upgrade, ETHE's premium rate began to fall significantly by the end of October.There are numerous reasons for the ongoing decline, but in recent weeks, concerns have grown that the fallout from parent company Digital Currency Group's $1.675 billion debt to troubled crypto lender Genesis may have an impact on Grayscale assets.Grayscale was also investigated by the Securities and Exchange Commission (SEC) after filing a lawsuit against the regulatory body. The SEC was quoted as saying that a spot ETF was vulnerable to fraud and manipulation, and that it reiterated its rejection of Grayscale's request for a Bitcoin spot ETF.Notably, The Grayscale Trust collects funds from institutions that want to invest in various crypto assets but want to avoid the difficulties of purchasing, storing, or safeguarding their crypto. ETHE funds are used to purchase Ethereum (ETH) in order to passively expose institutional investors to ETH. The fund, which has approximately $3.6 billion in assets under management (AUM), has lost approximately 68.37 percent of its value this year to date, as the value of ETH and other crypto assets has declined more broadly.Grayscale's financial stability has recently come under scrutiny. Grayscale's sister company Genesis halted withdrawals on Nov. 16, raising concerns about insolvency. Soon after, it was revealed that the parent companies of both companies owed Genesis approximately $2 billion. The majority of Grayscale's trust funds are trading at a loss, with Ethereum Classic Trust suffering the most, currently trading at a 77 percent loss, followed by Litecoin Trust at 65 percent and Bitcoin Cash Trust at 57 percent.The demise of FTX, once the world's third-largest crypto exchange, was ostensibly the final nail in ETHE's coffin. The incident triggered a wave of capitulation, causing the fund's premium rate to fall steadily, eventually leading to the current discount rate of 60 percent. More specifically, the fund's discount increased by more than 33 percent in the final month of 2022 alone.Shashank is founder at yMedia. He ventured into crypto in 2013 and is an ETH maximalist. Twitter: @bhardwajshash