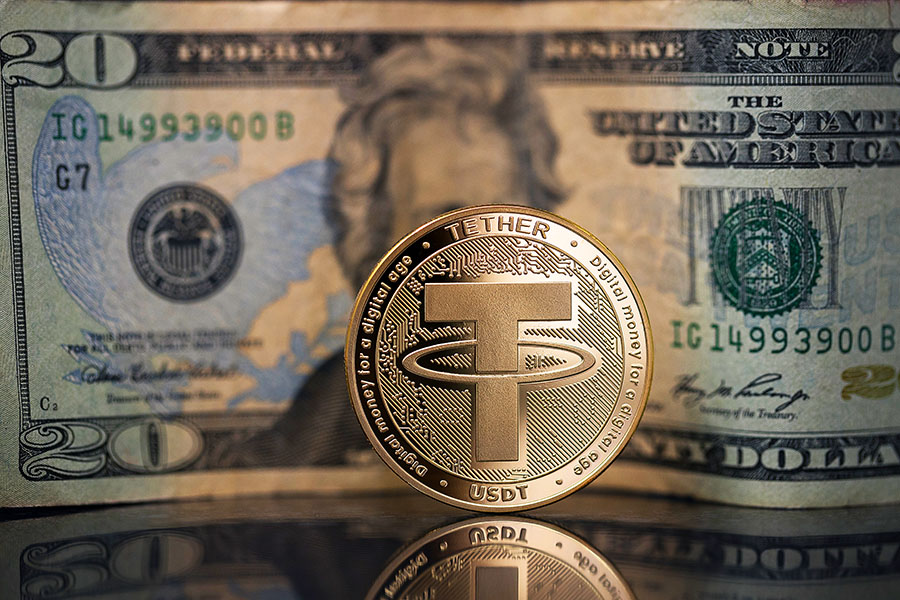 Tether has finally reduced its commercial paper holdings to zero. Instead, it is now opting for the U.S. Treasury bills. This announcement reportedly comes as a part of Tether's ongoing efforts to increase transparency. It proves that investor protection is at the forefront of Tether's reserve management. With this move, Tether addressed a long-standing point of contention among critics who have questioned the quality of its reserves.

Regarding the same, Tether took to its official Twitter handle to announce, "BREAKING: Tether is proud to announce that we have completely eliminated commercial paper from our reserves. This is evidence of our commitment to back our tokens with the most secure, liquid reserves in the market."

For the uninitiated, commercial paper is a short-term, unsecured debt obligation. It is issued by a corporation or financial institution. Commercial paper usually carries a higher credit risk. Tether stated that its commercial paper exposure was approximately $3.5 billion as of July 1 of this year. It reported in August that it had $66.4 billion in reserves as of the end of June. This was down from $82.4 billion at the end of March. Tether Chief Technology Officer Paolo Ardoino tweeted earlier this month that the company's U.S. Treasury holdings stood at 58.1 percent of its total portfolio as of September 30. It was up from 43.5 percent at the end of June.
Talking about the recent initiative, Tether said in a public statement, "Reducing commercial papers to zero demonstrates Tether’s commitment to backing its tokens with the most secure reserves in the market. This is a step towards even greater transparency and trust, not only for Tether but for the entire stablecoin industry."

Rumours circulated earlier this year that a portion of Tether's commercial paper portfolio was 85 percent backed by Chinese or Asian commercial papers. It was further speculated that the commercial papers were trading at a 30 percent discount. This may have had excessive exposure to Chinese commercial paper at a time when China Evergrande Group was on the verge of bankruptcy. It falls on the list of China's largest property developers.

Tether, on the other hand, denied this accusation. It claimed the rumours were made up to 'induce further panic in order to generate additional profits from an already stressed market.' In this context, Twitter user Gabor Gurbacs tweeted, "As always, @paoloardoino and the Tether team stay true to their words. Paolo said CP exposure will be zero by October month end. Done. It’s exciting to see asset reserve CP exposure go to zero. It gives Tether a strong basis to harness even more adoption for the coming decade. https://t.co/sMj4kCONkO"

Notably, USDT is the largest stablecoin. It operates on a variety of blockchains. Moreover, as the most traded crypto asset, it is widely regarded as the backbone of the crypto economy.